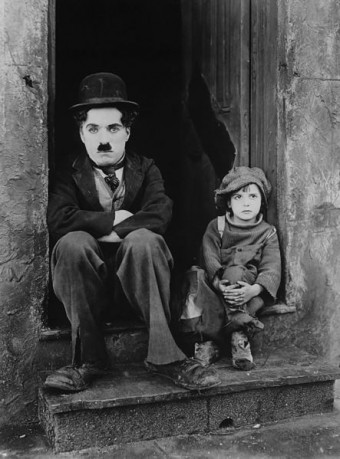 Born into acting, by the age of five Jackie Coogan, Jr. was a veteran stage performer when Charlie Chaplin first spotted him in 1919. Immediately cast in Chaplin’s A Day’s Pleasure, the hard-working Coogan went on to star in The Kid (1919), Daddy (1923), Long Live the King (1923), Tom Sawyer (1930) and Huckleberry Finn (1931). As a child, he was one of the highest paid actors in Hollywood, but at the age of 21, when he tried to get access to the approximately $4 million (about $67 million today) he had earned up to that point, he learned that his mother and stepfather had spent most of it. He was only able to garner $126,000 of the remaining $250,000 or so they hadn’t spent after suing the two.

His mother, Lillian Coogan, argued during the case that Jackie had been having fun anyway while acting and that, “No promises were ever made to give Jackie anything.”  His stepfather, Arthur Bernstein, added, “Every dollar a kid earns before he is 21 belongs to his parents. Jackie will not get a cent of his earnings.” One notes even Bernstein used the word “his,” as in Jackie’s, in describing the money.

The resulting inequity outraged the public and led to passage of the Child Actors Bill (aka the Coogan Act or Coogan Law).

When established in 1938, the Coogan Law provided that a portion of the minor performer’s earnings should be set aside in a trust account for the minor’s use when he or she reached majority. This was designed to address one of the major problems Jackie had in recovering his lost money from his mother; as a community property state, under California law, all of Coogan’s earnings as a child legally belonged to the family – meaning his mother was entitled to spend it (or at least some of it).

Even with provisions to set-aside earnings, greedy parents found many loopholes over the intervening years. As a result, amendments were passed in 1999 and 2003 to strengthen the law. Under today’s version, employers are required to set aside 15% of a minor’s earnings into a trust account, or, if the parent fails to set up the trust account, to deposit it with the Actors Fund of America (AFA). Also under current law, all of the minor’s earnings belong to the minor – no longer is it community property, shared with the parents.

Today, other states including New Mexico, New York and Louisiana have laws that require, in certain circumstances, the opening of special trust accounts to hold the earnings of child performers.

Note, however, that California recently amended Coogan’s law again, this time to provide an exception to the 15% withholding and trust account requirements for those minors who “contract to provide services as an extra, background performer, or in another similar capacity.” I’m sure no one will find a way to exploit the “other similar capacity” loophole…

In any event, today when a child performer is employed in a relatively de minimis role, employers are exempt from the withholding requirements. The bill’s stated purpose is to eliminate “unnecessary and inefficient” procedures for those young actors who only work once or twice a year in a very small role, as well as to give these kids back their “summer fun money.” Notably, according to the legislative analysis, by 2013 the AFA had over 38,000 unclaimed individual deposits, over 80% of which were for less than $99.