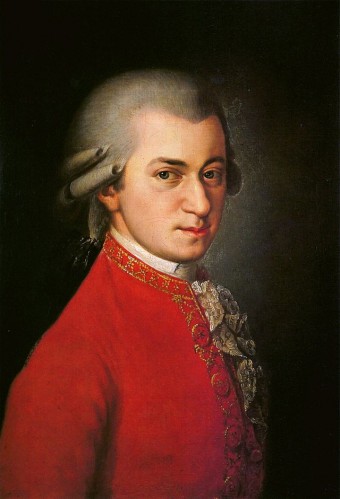 In 35 short years, Wolfgang Amadeus Mozart produced over 600 works for symphony, concert, chamber, opera and choir, including Don Giovanni, The Magic Flute and The Marriage of Figaro (and some less than family friendly works that few speak of today) before suddenly dying in 1791. Despite 200 years and countless theories, speculation remains rampant over what really killed the musical genius.

Since there was no autopsy at the time of death, and the location of his remains is unknown, most of the evidence available to medical investigators consists of the testimonies of those among his family and friends who witnessed his last days. Making matters worse, most of these were taken years after he died.

Nonetheless, we do know that he became ill on November 22 and died on December 5, 1791, one of many during a fever epidemic.

According to his sister-in-law, Sophie, Mozart had a very high fever and was unconscious for most of his illness. His son, Karl, reported that Mozart became very swollen, to the point where he couldn’t make even small movements or roll over, and also that even before death, he emitted an awful stench which “after death, increased to the extent that an autopsy was rendered impossible.”

Focusing on the relative lack of sunlight in Vienna in the winter, and Mozart’s habit of sleeping during the day and writing at night, two scientists have posited that Mozart simply did not get enough sun exposure to maintain proper levels of vitamin D. In support of their theory, they note that those with a vitamin D deficiency are more likely to suffer from infections, and Mozart had been ill off-and-on for years prior to his death.

A rare autoimmune disease, it is characterized by small vessel vasculitis (blood vessel inflammation). Affecting, in pertinent part, the capillaries in the kidneys and skin, its symptoms can include rash, diarrhea, arthritis and pain.

This cause, however, fails to account for other symptoms like fever, and Mozart never demonstrated the purple spots on his skin that gave the disease its name.

Other researchers looked into Vienna’s death records from the months surrounding his death, as well as for the same period for the years immediately before and after, and discerned a pattern. Of the more than 5,000 people aged 18 and over who died during those periods, several common culprits were identified including tuberculosis, cerebrovascular disease and edema. However, for the 1791-1792 period, more younger men died from edema than the other years, and none of the other common causes showed an increase – leading the researchers to conclude that a “small epidemic of infectious disease” had occurred.

Strep is a likely culprit as Mozart’s symptoms are consistent with it: sudden onset, back pain, rash, malaise and, when combined with acute kidney disease, can produce severe swelling.

Further evidence includes the fact that Mozart suffered from “acute rheumatic fever” at least twice before his death, including once in 1790.

Several of Mozart’s symptoms are consistent with arsenic poisoning, including diarrhea, nausea, vomiting and loss of consciousness. However, he never displayed other common symptoms including abdominal pain, hypotension, burning throat, cyanosis and difficulty breathing and swallowing.

However, he did display many of the symptoms that are consistent with mercury poisoning: emotional sensitivity, timidity, forgetfulness, excess saliva, tremors and delirium.

A catch-all term to describe a type of kidney failure, uremia’s symptoms include swelling in the ankles, vomiting, convulsions, nausea and coma. Since with this condition waste products are not eliminated by the body, it could even account for the bad smell.

Those in favor of this theory point to his medical history of certain childhood symptoms (including profuse sweating which is another symptom of uremia) as well as his malformed left ear. Apparently the kidneys and ears develop at the same time in an embryo.

However, Mozart did not have many of uremia’s other symptoms, including anemia and itching. In addition, uremia does not cause fever, rash and swelling throughout the body.

Usually caused by a bacterial infection, this condition results in inflammation of the interior of the heart and its valves and has symptoms that include fever, skin eruptions and swelling. One factor against this infection as the culprit include the fact that it is not an epidemic disease.

Caused by improperly cooked pork that was infected with the larvae of a species of parasitic worm, Trichinella, trichinosis symptoms include nausea, vomiting, swelling, fatigue, headache, weakness, muscle pain and fever.

Two months before his death, Mozart recorded in a letter to his wife that he had eaten pork cutlets (his favorite food). Although trichinosis symptoms can begin to show as early as 8 days after infection, its truly devastating effects can wait for 50 days to appear.

Whatever the case, Trichinosis is awful! Once ingested, the outer shell of the larvae are dissolved by stomach acid, freeing the larvae. These invade the epithelium layer of the small intestine, mature, mate and produce other larvae that leave the intestine, travel through the lymph system and the bloodstream to implant in skeletal muscle. Although mild infections need no treatment, more serious bouts (today) can be treated with special medicines designed to expel parasitic worms.