The Invention of Morphine 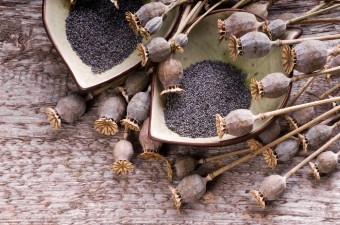 Derived from opium but far more reliable and powerful, the invention of morphine changed pharmacology and pain relief.

A (Very) Short History of Opium

Derived from the seedpods of the poppy, Papaver somniferum (opium) has been used since early civilizations first cultivated it from a wild strain, Papaver setigerum.

A 6,000 year old Sumerian tablet speaks of it, and the famous drug even made an appearance in the Greek classic, The Odyssey, where it was used to ease the symptoms of depression.

Egyptians, Greeks and Romans all enjoyed the plant, to the point where pharaohs had it placed in their tombs. By the 700s AD, opium use had spread to include India, China and Arabia, the latter eventually taking over its trade.

Opium has long been prized for its medicinal purposes. The famous Greek physician Galen used it to treat a variety of ailments, including poison, venom, vertigo, headache, epilepsy, deafness, vision problems, asthma, jaundice, urinary problems, fever, leprosy and melancholia. Although its efficacy as a cure for most of these complaints is questionable, the treatment probably put the patient in such a state of mind that he didn’t worry about his problem anymore.

By the 1800s in Europe, opium was the painkiller of choice for physicians, but its effects were hard to predict. This was because each batch of opium would have its own unique qualities, including potency.

The Discovery of Morphine

Working as an apothecary’s apprentice in Paderborn, Germany, young Friedrich Sertürner (1783-1841) watched as frustrated physicians complained about the unpredictability of opium to his boss, who could do little more than entreat his suppliers for better quality. Realizing that the problem would never be remedied until dosages could become standardized, Friedrich sought to isolate the active ingredient in opium, from which predictable and reliable doses could then be produced.

Working in the evenings on the pharmacist’s old equipment, Friedrich eventually isolated a yellow-white crystal after submerging it in ammoniated water. Confounding conventional wisdom at the time, the substance produced was an alkaloid, the first ever derived from a plant source.

After conducting animal experiments (including on a few dogs who died) and adjusting the dosages, Friedrich named his new drug for the Greek god of dreams, Morpheus, but to keep it consistent with standard naming conventions, labeled it morphine.

Of course, between his lack of credentials and poor scientific method, Friedrich’s discovery was not well received at first by the medical community. Discouraged, he set the work aside for several years until, while enduring a painful tooth ache, he treated himself with a small amount of morphine. After a nice nap, he believed his product was safe for human consumption. But just to be on the safe side, he began testing it in on local children.

Luckily, it proved effective, relatively safe and reliable, and his second round of experiments spurred interest, including that of French physician François Magendie. In 1818, Magendie published a paper on morphine’s pain relieving and sleep-inducing qualities, and by the mid-1820s, pharmaceutical companies, including that founded by Heinrich Emanuel Merck, were producing standardized doses of the drug.

Funny enough (or not funny at all depending on how you look at it) in addition to being sold as an analgesic, initially morphine was also marketed as a non-addictive cure for addiction to both alcohol and opium, and by 1853, the drug was being administered via the newly invented hypodermic needle directly into the bloodstream, increasing the potency.

It turns out, the cure was worse than the disease. After its heavy use in the American Civil War (1861-1865), people began to realize that morphine was even more addictive than opium. (Aside: It was while in search of a cure for his morphine addiction acquired during the Civil War that Dr. John Pemberton invented Coca-Cola.)

Also while seeking a non-addictive opiate alternative to morphine, London chemist C.R. Alder Wright synthesized diacetylmorphine (heroin) from morphine in 1874. Knowing a good idea when he saw it, chemist Heinrich Dreser, with Bayer Labs, further developed diacetylmorphine and tested it on animals, himself and other people.  They eventually marketed it not only as a general cure-all, but also as a non-addictive cure for morphine addiction… Again, it turned out the “cure” was even more addictive than its predecessor. (Click here to learn more about this and the development of heroin, along with why Bayer called it that and what ubiquitous drug Bayer chose Heroin over initially.)

Both morphine and heroin (as well as cocaine) were designated as controlled substances with the Harrison Narcotics Tax Act of 1914, which limited their distribution. Heroin was later outlawed even for medicinal use with the Heroin Act of 1924.

Today, under U.S. federal law both opium and morphine, as well as oxycodone and hydrocodone, are listed as Schedule II controlled substances, meaning they have some medical use but also a “high potential for abuse.”

Heroin, on the other hand, is listed as a Schedule I controlled substance, which means it has no currently accepted medical use in the United States (though some countries still use it for medicinal purposes). It shares this designation with peyote, LSD, Ecstasy, and (currently) marijuana. (Yes, Marijuana)

Recent statistics show that heroin and opioid analgesic abuse (think oxycodone and hydrocodone) has skyrocketed of late in the U.S., and drug overdose deaths from these have increased 400% from 1999 to 2010. On the other hand, I could find only one report of overdoses from marijuana, and that was a joke.