Today I found out about the presidents before the U.S. Constitution went into effect.

Due to the fear of giving too much power to one person, the office of president was extremely limited in power and scope, and was not even a paid position.  Rather, the primary roles of the president at this time were simply to preside over meetings and handle various state correspondence. The president was also the one who signed official congressional documents.

So who were these individuals who served such a lackluster position as the office of president? 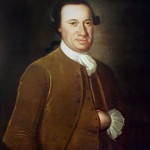 The first president of the United States under the Articles of Confederation was John Hanson from Maryland. His term began in 1781 and ended in 1782. He at first attempted to resign directly after being elected (with so little power given to the office and no pay to boot, few wanted the position over political offices in their home states). However, ultimately a quorum could not be reached to name a successor, so he decided to stay on as president. Being the country’s first full-term president under the Articles of Confederation meant that he oversaw programs that helped to establish daily life in the new country. For instance, Hanson held the position of president when the government started on the road to creating what would become the U.S. Post Office and the National Bank. The government also established a single, uniform currency throughout the states under his mostly powerless watch. 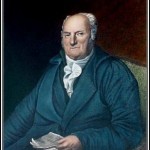 Elias Boudinot of New Jersey became the second president, serving from 1782 until 1783. His presidency coincided with the official end to the American Revolutionary War. Boudinot presided over the country when the Treaty of Paris was signed in Paris on September 3, 1783. However, the Treaty of Paris did more than simply end the war; it required that the United States be recognized as an independent country and no longer a part of the British Empire. Besides being president, Boudinot was also noteworthy for his era for advocating for the rights of both Native Americans and black people, as well as directly sponsoring various youth among these groups so that they could receive an education. 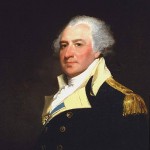 Thomas Mifflin became the president for the term of 1783 until 1784. He oversaw the ratification of the Treaty of Paris during his presidency. Originally from Pennsylvania, he served under General George Washington during the Revolutionary War. That former position, and Washington’s later significance as the first president under the U.S. Constitution, made it somewhat ironic that president Mifflin accepted George Washington’s resignation as Commander in Chief. 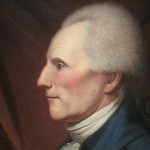 Richard Henry Lee of Virginia served as the country’s fourth president from 1784 until 1785. His presidency might have been pretty uneventful, but his political career afterwards was not. He became a vocal opponent of the now current U.S. Constitution out of the fear that it would create a centralized government too similar to the government that the colonies lived under as British citizens. He also hesitated because the document lacked a Bill of Rights, though many of his later suggestions were incorporated into the United States Bill of Rights. 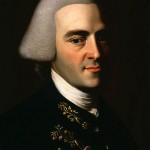 John Hancock, most famous for his large signature on the Declaration of Independence, held the position of the president from 1785 to 1786. His life in politics began long before the presidency, and he even helped to fund the American effort during the Revolutionary War. His life in politics continued after his tenure as president under the Articles of Confederation. He was reelected as Governor of Massachusetts—a position he resigned due to health before becoming president—and even ran against George Washington in the first U.S. presidential election under the Constitution. He did not expect to win, but had hoped to finish second so that he could become vice president. Ultimately that post went to John Adams. 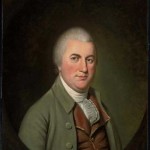 Nathaniel Gorham, also from Massachusetts, served as the president under the Articles of Confederation from 1786 until 1787. Like many other presidents during the time, his presidency was simply another item on his long list of political accomplishments. He began his career as a public notary who quickly won election to the colonial legislature during the Revolutionary War. He served as a member of the legislature, became a judge even though he lacked legal training, and even attended the Constitutional Convention where he supported the new U.S. Constitution.  As for Gorham’s family, his sister was the wife of John Leighton, an ancestor of the second wife of Theodore Roosevelt, Edith Kermit Carow Roosevelt. 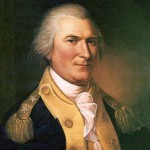 The seventh president of the United States was a man from Ohio named Arthur St. Clair. He held the position between 1787 and 1788. He left Congress after finishing his term. He then received the appointment to governor of the Northwest Territory, a position where he often faced off with the Native Americans who claimed they, in fact, owned the land. Despite once being enormously wealthy, St. Clair ultimately died poor, with much of his wealth used to support the American Revolution and young government. Late in life, he gave away the little money that remained of his once vast fortune. 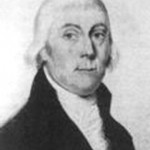 Cyrus Griffin of Virginia had a background in law before he became the eighth and final president of the United States under the Articles of Confederation. He helped to put the country’s new judicial system on the path to becoming what we know today as the modern American court system during his work at the Court of Appeals in Cases of Capture. He continued to contribute to the new country’s court system after his presidency when he went on to become a judge with the District Court of Virginia.