The Disappearance of the Prime Minister of Australia 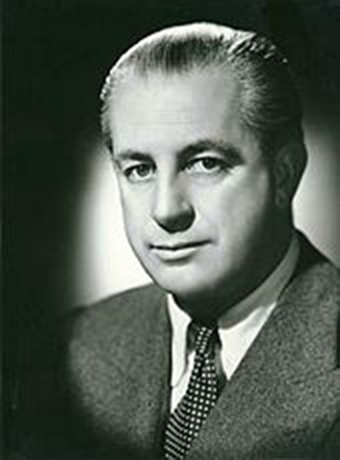 On Sunday, December 17, 1967, the Prime Minister of what was then the 9th wealthiest nation on Earth disappeared off of the coast of Cheviot Beach, Portsea, Victoria in the southeast of Australia. Harold Holt’s body was never found.

On Friday, December 15, Holt travelled from the country’s capital of Canberra to his beach house at Portsea. He planned on returning to Canberra on Tuesday the 18th, in order to attend a Christmas party with his grandchildren.[1]

Holt was up by 6:30 am on Sunday morning. He played with his granddaughter, read the paper, and arranged to go spearfishing with a neighbor that afternoon, at Cheviot Beach (also called Quarantine Back Beach).[2]

The beach had a bad reputation, and innumerable shipwrecks had happened there. At the time of Holt’s disappearance, the beach was reserved for military use, although given his position, Holt was able to get access.

Around 11:30 a.m. that Sunday, Holt met up with his neighbor Marjorie Gillespie, and together with her daughter Vyner, and two other men, Martin Simpson and Alan Stewart, traveled toward the beach.[3]

After a brief pit stop, the group made its way to Cheviot Beach. A path through undergrowth, over rocks and through a sand dune separated the parking spot from the beach. Holt was not dressed for swimming, and in fact forgot his swimming trunks and had to return to his car shortly after they set out walking to retrieve them.[4]

As they walked along the pathway, Holt pulled ahead of the group by about 50 yards. He then went behind a rock outcrop, apparently to change into his bathing suit.[5]

When the party finally reached the water, both Marjorie and Vyner noted that it was “very high” and held a lot of driftwood. Stewart noted that the turbulent tide was “the biggest I have seen on that beach,” and Simpson related that when he went knee deep into the water, “there was a fairly strong undercurrent, so I just splashed around without going in too far.”[6]

Holt apparently heard their comments but assured them, “I know this beach like the back of my hand,” and he entered the water. Stewart followed him part way, but stopped short when “he felt a deep pool and a tremendous undertow around his legs.” From this vantage point, he noticed: “Holt was swimming in the midst of what he considered to be a dangerous turbulence, and which had built up very suddenly from the time that he felt himself on the edge of the deep pool.”[7]

Marjorie Gillespie was also watching Holt: “[S]he had noticed Mr. Holt was still swimming well out and seemed to be getting further away . . . . [when] she saw the water become very turbulent around him very suddenly and appeared to boil and these conditions seemed to ‘swamp’ on him.”[8]

Marjorie moved to the water’s edge, and together with Stewart, began looking worriedly for Holt. Shortly after they were joined by Simpson and Vyner, but without any luck.

Stewart went for help, and happened upon three scuba divers who attempted to conduct a search, but were unable to because of the turbulence of the water.[9] By the end of the day, almost 200 people were searching for the missing Prime Minister. His body was never found.

Because there was no body, no official inquest was held, although a detailed report of the investigation conducted by the Commonwealth and Victoria Police was eventually produced.

Two days after his disappearance, even though his body was not recovered, he was declared dead, perhaps in part due to the opinion of Senior Forensic Pathologist James Henry McNamara who said in his official statement: “I would expect the body of Mr. Holt, if free to rise, would have arisen within a 20 to 48 hour period and floated, if not free to rise and subject to attack by sea lice [which will strip a body to the bone], the body would have been reduced to a skeleton in a period as short as 24 to 48 hours.”[10]

In 2005, the coroner in Victoria conducted an official inquiry and concluded that Holt’s body had either been eaten by sharks or swept out to sea. This report noted that although Holt was known as an experienced and strong swimmer and diver, he had been taking pain meds for his injured shoulder, and “he had almost drowned at the same spot while snorkeling with friends,” not six months before.

As always seems to be the case when these sorts of things happen, not everyone was satisfied with the official story, and several alternate theories to explain Holt’s disappearance/death linger even today.

At the time it was rumored, and later confirmed by Holt’s wife, that he had been having an affair with Marjorie Gillespie. Some believe he faked his own death so he could run off with his lover.

Two days before his disappearance, one of Holt’s cabinet ministers claims to have found him “deeply depressed over intrigue and treachery in government.”

Proponents of this theory also note that Holt expressed strong support for the Vietnam War and had agreed to increase Australia’s troop presence in that fiasco. They opine that the political pressure combined with his state of mind led him to take his own life.

Assassinated by the CIA

Also based on his involvement with the Vietnam War, this theory holds that Holt intended to back out of his commitment to send additional troops to Vietnam, so the US Central Intelligence Agency killed him.

Abducted by Chinese Agents (in a Mini-Sub)

A former officer in the Australian navy and a British novelist together claimed that Holt had been a spy for China since the 1930s. According to this theory, Holt thought Australian intelligence agents were aware of his betrayal, and he arranged a getaway with the Chinese, who met him in a tiny submarine as he was swimming out to sea.