A Brief History of Scotch Whisky 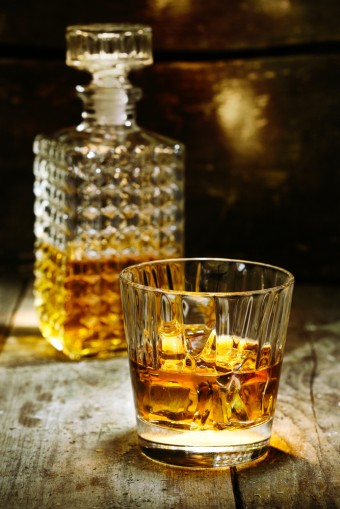 Scotch has been referred to as “the water of life,” and to many who know its allure today, they can understand why. Yet the chronicle of this sometimes, smoky, often nutty, occasionally fruity elixir is poorly known, and in fact, its precise origin is lost to the mists of time (or more likely, drinking Scotch).

Essentially, Scotch is malted barley that is fermented and distilled (twice), then allowed to age in oak barrels. In Scotland, Scotch must mature in its barrel for at least 3 years, although most age in the range of 8 to 20. Scotch made in its homeland, Canada and England is called Scotch Whisky (no e), while that made in Ireland and the U.S. is Scotch Whiskey.

People have been distilling liquids since at least the Ancient Egyptians. It can be a simple process. Essentially, a system is created where a liquid is heated in one chamber, but the evaporated vapor is collected in another.

In whisky production, that liquid begins with barley, which is allowed to germinate. It is then dried using smoke (if peat is used, it imparts a smoky flavor on the barley), then ground and added to water (the wort), which is later fermented. After fermentation, the liquid (the wash) is distilled first to produce a 20% alcohol (the low wine), then a second time in a complicated process where the first distillate (the foreshots) and the last (the feints) are discarded, and only the “center part of the distillation is preserved.”

Then it sits in a barrel for years, developing its characteristic flavor.

Some claim that this art of distillation arose independently on the British Isles, since there is some evidence of spirits in Britain since before the Conquest (about 43 A.D.) However, strong alcohol can be made in a number of ways, including by a primitive method used in China in the 7th century, whereby wine was simply allowed to freeze, then the ice removed, producing a higher alcohol content beverage.[1]

More likely, distillation was brought to Scotland by missionary monks, who had inherited the long tradition of spirit making.

In fact, the discovery of the alembic (where a rounded neck flask is connected via tube to a separate vessel) is generally attributed to Jabir ibn Hayyan around 800 A.D. Many also believe Jabir used this process to distill the first ethyl alcohol from wine (although Muslims abstained, wine and other alcohol was available in the cosmopolitan Arab world). Regardless, this technology soon spread throughout Europe, helped in no small part by the Ottoman wars of the Middle Ages. By the 15th century, spirit making was found across the continent.

The first record of Scotch production is found in The Exchequer Rolls from 1494, tax records that show the purchase of ingredients to make the liquor: “Eight bolls of malt to Friar John Cor wherewith to make aqua vitae [water of life]”

Other early records indicate that even King James IV was a fan, and on September 15 and 17 of 1506 (according to his Treasurer’s Account), he had ordered aqua vite.

Apparently, the elixir was being made across Scotland by the 17th century, as the Register of the Privy Council in Gamrie, Banffshire notes its presence in reference to a breaking and entering in 1614, and uiskie (whisky) was also mentioned in funeral records from 1618.

Although the earliest record of a distillery, Ferintosh of Culloden, does not appear until 1690 in the Acts of the Scottish Parliament, clearly some commercial enterprises were up and running long before then. For example, there is a record that in 1644, the Excise Act of the Scottish Parliament charged a tax of “2/8d (13p) per pint of aquavitae or other strong liquid.”

Despite efforts to legislate the trade, during the 18th century, illegal Scotch production flourished. Finally, in 1823, in an attempt to bring Scotch-making under control, an Excise Act was passed that made small stills illegal and charged a tax per gallon and license fee for larger operations. Eventually, this did the trick and the Scotch industry became (mostly) legitimate.

There are 5 categories of Scotch whisky:

Widely considered the gold standard of Scotch, single malt is distilled at a single distillery, in pot stills, from only water and malted barely, without any other cereal grains added.

Also distilled at a single distillery, this whisky will also have water and malted barley, and may have other whole malted or unmalted grains or cereals. Even if it doesn’t have additional grains or cereals, for some reason, this Scotch does not meet the requirements of a single malt.

As with the blended malt, the spirits in this category are made from more than one single grain scotch whisky, produced at more than one distillery.

According to a 2012 report, Scotch whisky is “a cornerstone” of the Scottish economy. Annual gross revenues reach £4 billion, and exports comprise the bulk of that (£3.45 billion). The industry employs over 10,000 Scottish workers and supports another 35,000 jobs. Scotch producers purchase over £1 billion of local supplies, which comprise over 80% of all supplies used. In a single year, over £200 million was spent on cereals alone.[2] Expand for References