This Day in History: March 26th 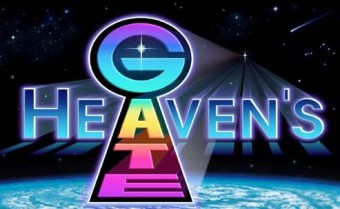 In the San Diego suburb of Rancho Santa Fe on March 26, 1997, police found 39 people dead in a spacious Spanish-style mansion from what appeared to be a carefully choreographed mass suicide.

It was quickly discovered that the deceased were all members of the “Heaven’s Gate” cult. They believed that the appearance of the Hale-Bopp comet was their cue to leave Earth to hook up with a spacecraft that would bring them to the next level of existence.

Marshall Herf Applewhite, a music teacher with serious mental health issues, and Bonnie Nettles, a nurse who treated him while he did a stint as an inpatient at a psychiatric hospital, founded the Heaven’s Gate cult in the 1970s. They preached to their followers that as Heaven’s Gate members they would shed their earthy bodies and ascend to higher levels of being.

Applewhite made a videotape on March 19, 1997 explaining the reasons why it was time for Heaven’s Gate members to depart the Earth with the arrival of the Hale-Bopp comet. Just a few days later, Applewhite and his followers – which included 21 women and 17 men between the ages of 26 to 72 – began committing suicide in orderly shifts over a period of three days.

All 39 cult members were dressed identically: black shirt, black sweat pants and Nike shoes. (They were also wearing arm bands that read “Heaven’s Gate Away Team.” You have to wonder if they had a sense of humor or … not.) They had packed overnight bags and tucked away five dollar bills along with other belongings. (Guess they had never heard the old adage “you can’t take it with you.”)

To end it all, they ate applesauce or pudding mixed with toxic amounts of the sedative Phenobarbital and washed it down with vodka. Then they stretched out on their beds face up and pulled a purple shroud or a plastic bag over themselves.

The next day, Rio DiAngelo, an ex-Heaven’s Gate member, received a package from Applewhite containing a copy of the videotape and a letter stating:

“By the time you read this, we will have exited our vehicles.” (You can read the full statement here)

Alarmed, he went to the mansion, discovered the mass suicide, and called the police.

One of the first law enforcement officers to arrive on the scene, Rick Scully, said:

What was most baffling was the obvious willingness of so many people to go to their deaths. The house was neat and tidy. No evidence of a struggle. Psychiatrist Dr. Jay Lifton attempted to explain their thought process on PBS News Hour:

Well, the first thing to say is they’re not dead. They achieved eternal life. That’s the way they saw it. They were achieving a higher state. They were transcending the human condition.

Interestingly, the Heaven’s Gate website is still up, although who owns the domain name isn’t clear.  The website does include an interesting section on their stance against suicide, which also includes this little tidbit:

It has always been our way to examine all possibilities, and be mentally prepared for whatever may come our way. For example, consider what happened at Masada around 73 A.D. A devout Jewish sect, after holding out against a siege by the Romans, to the best of their ability, and seeing that the murder, rape, and torture of their community was inevitable, determined that it was permissible for them to evacuate their bodies by a more dignified, and less agonizing method. We have thoroughly discussed this topic (of willful exit of the body under such conditions), and have mentally prepared ourselves for this possibility (as can be seen in a few of our statements). However, this act certainly does not need serious consideration at this time, and hopefully will not in the future.