February 1, 2014 Daven Hiskey
This is a weekly wrap of our Daily Knowledge Newsletter. You can get that newsletter for free here. 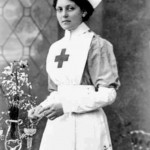 Violet Jessop enjoyed incredible “luck” from a young age. Born in 1887 in Argentina to Irish immigrants, she contracted tuberculosis as a young child and was given just a few months to live. Somehow, she managed to fight the disease and went on to live a long, healthy life.  When her father passed away, her mother moved the family to Britain, where she took a job as a stewardess on a ship. While her mother was working, Violet attended a convent school. Unfortunately, her mother became ill, and to provide for her siblings Violet… (more) 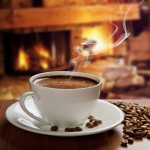 According to a 2013 survey, over eighty three percent of Americans drink coffee in the morning and the average citizen drinks multiple cups per day. Between the dark brew, the flavored lattes, the frozen caffeinated treats, and the whirling gadgets, coffee is now a thirty billion dollar industry. Coffee is big business and companies like Starbucks, Peets, and Folgers have spent gobs of money to get people to drink more of it. Despite all of that, the most expensive coffee probably can’t be found in your downtown coffee shop. No, the most expensive coffee in the world lives alongside feces in the intestinal gut of an Asian palm civet. Kopi Luwak is the Indonesian pronunciation for what is called “civet coffee,” a beverage made from the beans of coffee berries that are eaten and, then, defecated by the Asian palm civet…(more) 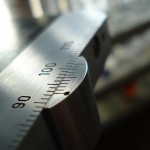 The Evolution of the Metre

Though you’ve likely never given it much thought, a universally accepted unit of measurement like the humble metre is an amazing thing. It lets scientists separated by culture, language, race and even thousands of miles of geography work together on equations and problems like they were sitting next to each other. So how did this unit of measurement come to be? Well, before we discuss the metre, it’s important to understand what came first. Prior to the metre, Europe’s standard-ish unit of measurement was yards and… (more) 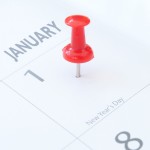 Because Julius Caesar said so.  Since long before Caesar’s time, date keeping was dicey. In fact, the 355-day Roman calendar that immediately preceded Caesar’s Julian, worked on a four year cycle where every other year, an additional month was inserted between February (Februarius), the last month of that calendar year, and March (Martius), the first month of the year; this was done in order to catch the calendar up with the Earth’s orbit of the Sun. That additional month, called the Mensis intercalaris, brought in the missing 22 or 23 days, and to even things up, took another five days from February in the years it was present. Since the calendar had been designed to ensure the proper observance of religious dates, priests,… (more) 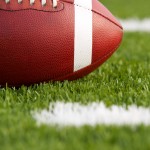 Were Football Ever Really Made of Pigskin?

These days, footballs are typically made from cowhide or vulcanized rubber, making their nickname “pigskins” somewhat ironic. Football fans often perpetuate the idea that footballs used to be made of pigskin, which is how they got their nickname, but it turns out this isn’t the case. In fact, “pigskins” were originally made out of animal bladders—sometimes the bladder of a pig, which is thought to be how the moniker “pigskin” came about. Animal bladders were much more accessible to the average team than more expensive… (more) 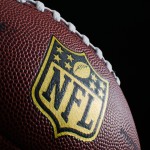 The NFL made over nine billion dollars this past year in gross revenue.  That is over one billion dollars more than Major League Baseball, the next most profitable American professional sports league. The Jacksonville Jaguars, the NFL’s least valuable team, is worth an estimated $850 million, which is the same amount as the New York Rangers, the NHL’s second most valuable team. With every long touchdown pass, every bone-crushing hit, every game-deciding interception, every Super Bowl Sunday, the NFL is raking in even more cash. That is why many fans are surprised, and even angry, to hear that the NFL is technically a tax-exempt, non-profit organization. To clear things up,… (more) 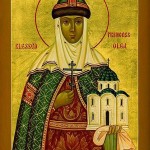 Today I Found Out about Princess Olga of Kiev, the saint who buried people alive and didn’t exactly take to heart the whole “Do not seek revenge or bear a grudge against anyone among your people, but love your neighbor as yourself.” [Leviticus 19:18] thing- she hadn’t converted yet after all- when she burned down a city and had much of the populace killed or enslaved out of revenge. The exact year that Princess Olga was born is disputed. The Primary Chronicle states her birth year was 879, while other sources claim she was born in 890. Given… (more) 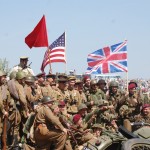 Marking the two main groups of belligerents in the Second World War (1939-1945), the Axis and the Allies slugged out their differences from the beaches of Normandy to the islands of the South Pacific. The history of their epic battles, atrocities, heroes and villains is well known, but one bit of trivia you may not be familiar with is where the two alliances got their names… (more)