The Checkered History of Slush Funds 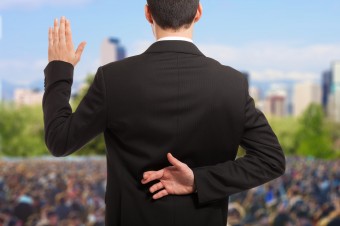 “Slush funds” has gotten many politicians and government officials in trouble over the years. The 19th and 20th century politics are riddled with fallen and, sometimes, corrupt individuals who were hit with the dreaded “they have a slush fund” tag. But what exactly is a slush fund? And how is a slush fund different from any other fund? The history of slush funds and the origin of the term is actually quite fascinating; full of lavish vacations, half-melted snow, pig fat, and a dog named Checkers.

The first documented instance of the word “slush” was in Henry Best’s 1641 book Rural Economy in Yorkshire in reference to half-melted snow:

On Thursday-night the 9th of December fell there a greate deale of raine, and Avith it a blusteringe south winde, which wasted and tooke away all the snowe in one night ; but this speedy thowe caused a wonderfull slush.

We still use this definition today, as exemplified by the cold, sugary, snow-like treat, the slushie. About hundred years later, the mid-18th century, an alternative definition of slush began to crop up. Ships would spend months, sometimes years, at sea. A few enterprising cooks discovered that the thick, salty fat or grease left over from the pig or cow meat that boiled nearly every night for dinner served several purposes. Some of it was used as a waterproofing substance for the rig. The rest of would be stored away in a place only known to the cook.

As it sat there for what could be months at a time, the fat rotted and became rancid. It took on the nickname of slush, a half liquid, half solid disgusting, smelly mixture. William Thompson described the “slush” pretty deliciously in 1757’s The Royal Navy-men’s Advocate, “the Butter and Oil to grease their tackle with, for which it may be thought very ﬁt, by those tars whose Stomachs are not very squeamish, and who can bear to paddle their Fingers in stinking slush.”

When the ship arrived at port, the cooks would take this slush and sell it to candle makers and other merchants who needed half-solid, rancid animal fat. The money earned from this transaction became known as a “slush fund.” The cooks would use this money to buy books and entertainment of an adult-nature (aka prostitutes).

This type of business was not viewed particularly fondly by officers on the boat, as one would imagine, who would sometimes confiscate the “slush fund” and use it for their own benefit. As William McNally’s 1839 guide Evils & Abuses in Naval & Merchant Service argues, the money and the purchases that came along with it belonged to the crew, “a cook is paid to attend them, so that all the slush that is saved by him belongs to the crew, and the money received for the sale of that article ought to be given to them (the crew) or laid out for their benefit.”

The guide goes onto say the money should be used for “a handsome library… with the popular newspapers and periodicals, from different parts of the United States.”

Today, the term “slush fund” refers to money that is being used for something that it was not intended for. While a slush fund isn’t necessarily illegal (for example, your “rainy day fund” is technically a slush fund), the term has taken on a negative and corrupt connotation.

Within this negative definition, a “slush fund” refers to money that may be earmarked or collected for a vague legitimate, legal purpose only to be used or funnelled into an account for other, possibly, illegitimate, unethical, or fraudulent purposes. Campaign donations have had a history of becoming slush fund money. Donations that are meant to finance a particular candidate’s campaign for public office have gone towards other expenses, like vacations, keeping up an expensive lifestyle, bribes, or paying off people who threaten a candidate’s credibility.

It isn’t know exactly when the phrase first became part of political vernacular, but the earliest documented reference I could find was in January 1894 when the US Congressional Record revealed that, “[Grover Cleveland] was not elected in 1888 because of pious John Wanamaker and his $400,000 of campaign slush funds.”

Slush funds have been a part of the political climate ever since. Labor unions, politicians in office, politicians running for office, big corporations, foreign governments, and international banks have all been accused of having slush funds. Heck, even collegiate athletics have been embroiled in a slush fund controversy.

The first significant scandal was in 1986 with the Southern Methodist University football team when the school was caught taking money that was supposed to be for another purpose and funneling it into the football team to pay and bribe players (who were supposed to be amateurs and, therefore, were not allowed to receive money to play football, despite the fact that huge sums of money are made by the Universities who don’t have to pay the players.)  They received the dreaded “death penalty” from the NCAA for their slush fund actions.

The second significant collegiate slush fund incident involved the University of Michigan’s basketball team in the early 1990s when star Chris Webber was receiving money from a booster through a slush fund. But all of these incidents were small potatoes compared to Richard Nixon, his slush fund antics, and his dog, Checkers.

In September 1952, California Senator Richard Nixon had just two months ago become presidential candidate Dwight D. Eisenhower’s running mate . Word began to leak (possibly from California Governor Earl Warren’s office – an old rival of Nixon’s) that Nixon was using a campaign fund (partially financed by taxpayer money) that was originally established to pay employees, reimburse postage, and other petty expenses for his own personal gain and, more importantly, to provide special favors for big contributors in the form of bribes. In other words, a slush fund.

While this wasn’t technically illegal at the time (to this day, campaign donations have rather murky guidelines), it still didn’t look good considering Nixon built his Senate record on fighting corruption in government. His vice-president candidacy was very much in doubt with the prevailing belief that Eisenhower might drop him from the ticket. So, Nixon put his campaigning on hold, flew to Los Angeles, and bought $75,000  worth of television airtime – yes, with money raised by backers and the Republican National Committee – to plead his case to the American public.

On September 23, 1952, Richard Nixon sat in front of a television audience of sixty million Americans – the largest television audience ever at that time – and explained that he was a man of moderate means, that he needed the extra money to finance his political activities. He attacked his opponents, claiming their corruption, and told his supporters to contact the RNC to let them know they think he should stay on the ticket.

Then, he got to his dog Checkers. He explained that a man down in Texas had heard Nixon’s wife, Pat, talk on the radio about how their daughters would love a puppy. So, that man in Texas sent them a gift, “It was a little cocker spaniel dog, in a crate that he had sent all the way from Texas, black and white, spotted, and our little girl Tricia, the six year old, named it Checkers.”

And gosh darn it, continued Richard Nixon, the family wasn’t going to let little Checkers go, “And you know, the kids, like all kids, loved the dog, and I just want to say this, right now, that regardless of what they say about it, we are going to keep it.”

From that point on, Nixon’s September 1952 speech that was meant to defend himself against slush fund accusations became known as “The Checkers Speech.”

As most anyone familiar with American history knows, Nixon would get himself in trouble again in 1972 with the Watergate scandal, and this time he wouldn’t be able to use his dog to get out of it.

The term “slush fund” has a unique, interesting, nautical, and, yes, checkered history. The next time you put money into your rainy day, slush fund, remember that it was rancid pig fat that gave us this term, which kind of fits the political definition today.