February 27, 2014 TheMedicineJournal.com
Our resident medical expert, Scott, and a buddy of his recently started The Medicine Journal, where you can learn all sorts of interesting facts about all things medical related. Below is a sample article from their new site. 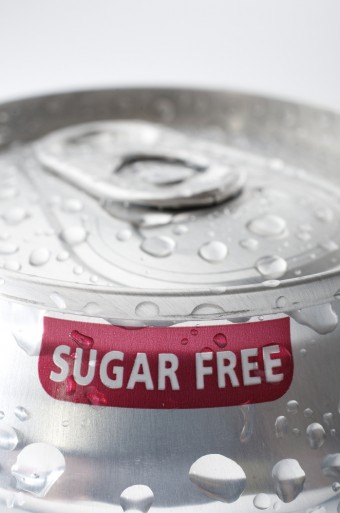 A quick online search of Aspartame will provide you with numerous opinions about this artificial sweetener.  Some claim it causes things like cancer, seizures, multiple sclerosis, lupus, memory problems and brain tumors.  Just about every governmental organization in the world, regulating food products, have deemed it safe for human consumption. (But, you know, just about every governing body in the world still gets the “sodium raises blood pressure” myth wrong, despite overwhelming scientific evidence to the contrary, so let’s not take their word on the whole Aspartame thing!)

In an attempt to provide some sanity to the controversy, let’s take an in-depth look at this sweet, supposed compound-of-death and see if we can’t make sense of the madness.

Aspartame was first developed by G.D. Searle and Co in 1965.  In 1974, it gained approval from the FDA as a food additive.  The benefit of using Aspartame over sugar is the result of how sweet it is.  Sugar and Aspartame both produce about 4 calories per gram.  Aspartame, however, is about 180 times sweeter than sugar.  Thus, you need much less to get the same perception of sweetness.  This is the reason it works so well as a low-calorie sweetener.

Aspartame is made of the two amino acids, phenylalanine and aspartic acid, and the alcohol, methanol.  All of the health concerns regarding this sweet supplement are a result of what those three things can do to the body.

The question then becomes, do the three parts of Aspartame cause health problems?  The quick answer is yes, at high enough levels they do, but please don’t stop reading here- the quick answer isn’t the whole answer.

So if high doses of Aspartame are harmful, why are they allowed in our food?

It turns out, low doses aren’t harmful and we even need those amino acids to perform certain functions within the body.  In fact, phenylalanine and aspartic acid are either produced by our bodies from many other foods, or are already found naturally in our diets.

Methanol, more commonly known as wood-alcohol, is definitely not needed by our bodies.  If you’re wondering why it’s allowed in Aspartame, it’s because it’s already found in many drinks like wine, whiskey and beer.  As you might guess from the fact that humans have been ingesting these for ages, at low levels, it seems methanol has no long term consequences.

That said, anything we take into our bodies in high enough doses can be harmful.  Arguably, the most basic of human needs is water.  Even water in high doses can kill you, in what is being called water-intoxication.  An effect that leads to inadequate amounts of salt in your blood, called hyponatremia. While you may think this would never happen, over the course of my career as a paramedic, I’ve actually been on calls and seen people die as a result of drinking too much water.  Exactly how this can take place and more specifically what is going on in the body is a topic for another article, though, as this one’s already really long!

In the end, almost everything we take in needs to fall within a certain range to be beneficial, or at the least not overly harmful.  Some things even in miniscule doses can be deadly.  For many others, it takes large doses to have lasting negative effects.  The phrase, everything in moderation, comes to mind here.

Since we already have Aspartame’s three ingredients in many of the foods we eat, the question of Aspartame’s safety is more appropriately: are the levels found in Aspartame, and the dose you may be ingesting, high enough to cause unwanted health effects?

To answer that, I’ll need to go into a little more depth on the aforementioned three things that make up Aspartame.

Aspartic acid is one of the many amino acids that help make the numerous proteins our bodies use.  It helps the liver by aiding in the removal of ammonia, and is involved in the production of anti-bodies created by the immune system.  It can be found in many different types of foods like asparagus, avocado’s, sugar beets, sausages, and molasses.

Too much aspartic acid can be seen in several different disease processes like: Lou Gehrig’s disease, Epilepsy, and certain strokes.  Unfortunately for those fighting against Aspartame, the levels seen in these conditions are several fold higher than can be achieved by eating Aspartame at recommended amounts.   There has also never been a direct cause and effect shown between these diseases and increased aspartic acid intake.

Methanol, in general, does result in some unwanted reactions within the body.  Specifically, it’s taken up by the cells of the body and the production of formaldehyde and formic acid are the result.  Formaldehyde at high levels will cause proteins to form abnormally. The result is proteins that no longer function.

Formic acid, at high levels, will cause abnormal metabolic processes within cells, causing them to cease functioning.  The result is death to that cell due to a lack of energy.  This is because it disrupts the organelle responsible for a cells metabolism, known as your mitochondria.  Some cells within the body are extremely sensitive to formic acid, specifically the ones in the optic nerve.  This is why blindness is associated with methanol poisoning.

So does Aspartame produce enough methanol to harm people?  Probably not.  There are numerous other foods we eat every day that have the same, or higher, amounts of methanol than Aspartame.  Beer and wine aside, foods like tomatoes (and tomato juice), and citrus fruits and their associated juices are good examples here.

This brings us to the last ingredient of Aspartame, phenylalanine.  There is a rare disorder called Phenylketonuria affecting about 1 in 10,000 people.  This ailment leaves your body an inability to break down phenylalanine.  Left untreated, toxic levels of phenylalanine build up.  The results can be things like developmental disorders, cardiac rhythm problems, seizures and severe learning disabilities.

Fortunately, most babies born in the developed world are tested for this disorder and treatment usually involves diet control.  Diet control because there are many foods that contain higher levels of phenylalanine than Aspartame.  Specifically, the many different types of proteins we take in.  Knowing this disorder exists, the FDA requires that Aspartame products be labeled specifically for phenylketonuria patients.

Like any food additive evaluated by the FDA, there is an extensive process that takes place before manufacturers are allowed to put it in our foods.  When the FDA first approved Aspartame as an additive, there were numerous controversies surrounding its approval.  Those controversies revolved around the studies the FDA looked at, advocating Aspartame’s safety.  That said, since its initial distribution to the masses, there have been countless new studies performed looking at Aspartame’s safety.  Numerous other reviews of the research have been conducted by several agencies, including the FDA and the European Food Safety Authority (EFSA).

The most recent was conducted by the EFSA and issued on December 10, 2013.  That review looked at almost all studies performed on Aspartame, in animal and human alike.  Knowing there is such a large controversy surrounding the supplement, the EFSA’s independent panel of experts issued an open public call for any data, comments, or concerns on Aspartame.  According to Alicia Mortensen, chair of the EFSA’s panel, “This opinion represents one of the most comprehensive risk assessments of Aspartame ever undertaken.”

The panel concluded that Aspartame does not cause cancer at the levels consumed by humans, and it doesn’t cause problems during pregnancy.  Overall, “There were no safety concerns at the current ADI (acceptable daily intake) of 40 milligrams per kilogram of body weight.”

For your reference, according to the American Cancer Society (ACS), there are on average about 180 mg of aspartame in a typical 12 ounce can of diet soda.  So an adult weighing 165 pounds would need to drink about 16 cans of diet soda per day to exceed the recommended limit, which itself is set drastically below dangerous thresholds. Specifically, according to the ACS, the acceptable daily intake is set at “about 100 times less than the smallest amount that might cause health concerns, based on studies done in lab animals.”  Not that you’d be able to in reality, but if you actually managed to drink 1,600 cans of diet soda in a day (one every 54 seconds), you’ll have much bigger problems than aspartame intake.

Even though the EFSA’s extremely comprehensive review should have put this issue to rest, there are researchers who still think they didn’t go far enough.

Erik Millstone, a science and food policy expert at the University of Sussex, UK, wrote an open letter to colleagues in response to the EFSA’s review.  In it, he states the panel knowingly ignored studies showing negative effects of Aspartame and deemed them unreliable.   All while the studies showing no ill effects were deemed reliable.

The initial question then still remains.  Does Aspartame have negative health effects? Some studies say it can and some say it can’t.  However, every study I could find showing negative effects did so at levels not normally consumed by any human. (They were also all animal studies.)  Again, even water will kill you if you drink too much of it.

In response to the numerous animal studies that did show an increase in health problems at high levels, Dr. David Hattan, acting director of the Division of Health Effects Evaluation in the FDA, states:

The legitimate attempts that have been made to confirm and replicate allegations of adverse reactions from Aspartame ingestion have not been successful and the USFDA continues to consider this to be among the most thoroughly tested of food additives and this information continues to confirm the safety of Aspartame.

In the end, at levels recommended by health safety experts, Aspartame has never been shown to result in negative health effects.  Should you want to get those unwanted health problems, according to animal studies, just consume an unrealistic amount of diet soft drinks on a daily basis for several years.

Just remember, you would get the same problems should you continually take in excessive amounts of things like beer, wines, red meats, tomatoes, and sugar beets over those same few years.  If you did, however, manage to drink this much soda, whether you drank it with Aspartame or sugar, you’re in for an awful lot of other health problems which will most likely kill you well before anything like cancer from Aspartame.