This Day in History: December 1st 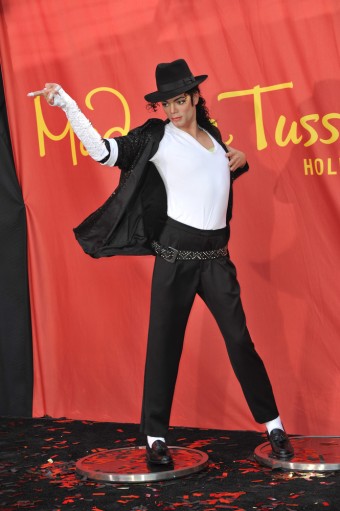 When Michael Jackson began work on what would become the best selling album of all time (by far), “Thriller,” released on this day in history, he did so with a huge chip on his shoulder. He felt strongly that his previous effort, “Off the Wall,” which ended up selling a “measly” 20 million copies worldwide, had been undervalued by the music world, and he was upset when the album wasn’t honored with the Record of the Year award.

So when Jackson entered the studio with producer Quincy Jones to start the process of recording his sixth album, he did it with the intention of creating a record where “every song was a killer.”

Thirty songs were originally composed by Jackson and Jones for tentative inclusion on the album; they eventually whittled the number down to nine. When these nine tunes were ready to go, both of them were unhappy with the finished product. They spent nine weeks remixing every single song, spending a full week on each.

The song “Thriller,” written by Rod Temperton, was a rare example of a horror-themed pop song that wasn’t strictly a novelty tune in the tradition of “Monster Mash.” Unlike other songs of that genre, this was a “spooky” song with year-round appeal.

When looking for someone to recite the closing lyrics (because, let’s face it, MJ sounded as menacing as a Disney princess,) Jones secured the talents of the one and only Vincent Price, who did the job in just two takes.

About six months after the release of “Thriller,” Vincent Price made an appearance on “The Tonight Show.” He said with a laugh that when he did the narration for the song “Thriller,” he was given the choice between taking a percentage of the album sales or a flat $20,000 as payment (about $46,800 today). Price chose the $20,000. Carson was quick to remind him how much money he passed up given the enormous success of the album, and Price good-naturedly replied, “How well I know!”

Vincent Price may not have made out very well from the success of “Thriller,” but just about everyone else did. Epic, Michael’s record company, just months earlier had let go a huge number of its employees. The entire music industry was experiencing a horrible slump in sales, which was soon to change.

TIME magazine suggested that “the fallout from Thriller has given the [music] business its best years since the heady days of 1978, when it had an estimated total domestic revenue of $4.1 billion.” It describes Jackson himself as the

…star of records, radio, rock video. A one-man rescue team for the music business. A songwriter who sets the beat for a decade. A dancer with the fanciest feet on the street. A singer who cuts across all boundaries of taste and style and color too.

It’s no exaggeration to say that without MJ, MTV would not have been nearly as popular in the ‘80s as it was. Michael Jackson pretty much invented how a music video should go. Because of him, everyone had to have elaborate dance numbers in their videos, even artists who never should have been allowed to. I’m looking at you Pat Benatar with your “Love is a Battlefield” moves.