When Star Wars and Indiana Jones Collide: Attack of the Easter Eggs 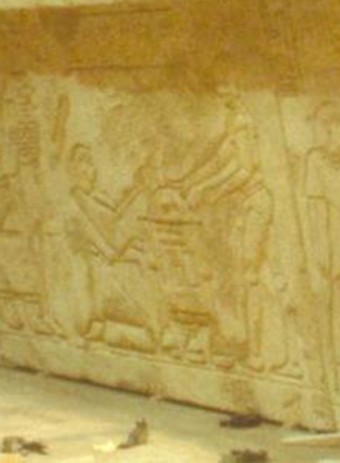 From a young age I was introduced to what are still two of my favourite movie franchises of all time – Star Wars and Indiana Jones. I suppose it was inevitable, really. With parents who named me after a Doctor Who character, I would expect them to continue being awesome as I grew up.

You may notice that my last name is Jones. If you check out my profile you’ll also see that I majored in history and have a Masters in Museum Studies. Coincidence? Hell no. Indiana Jones was the original inspiration for my academic life choices and I still have every intention of becoming Doctor Jones one day. Mostly for the lols.

Imagine the surprise my seven year old self had when watching Temple of Doom and noticing that the establishment that Indie, Short Round and Willie just escaped from is named ‘Club Obi Wan’? To be put it delicately, my brain nearly exploded. I also couldn’t understand it when my other little girlfriends didn’t care. It’s okay, we’re no longer friends. I found their lack of faith disturbing.

As it turns out, they’re a lot more crossovers between the Star Wars and Indiana Jones movies than this one Jedi Master easter egg.

Raiders of the Lost Ark

So we’re at the beginning of the movie. Indie has just escaped from the infamous rolling boulder, golden idol in hand. He reaches the river bank and swings across a conveniently placed vine to his awaiting sea-plane. If you look closely, you can see that the plane’s serial number is OB-CPO. A subtle but undoubtedly purposeful reference to Obi Wan and C-3PO.

When Indie and Sallah (John Rhy Davies) are preparing to remove the stone lid off the sarcophagus of the ark, the viewer is privy to a wall of hieroglyphics behind them. One of these is a depiction of Princess Leia inserting the Death Star Plans into R2-D2.

This appearance occurs mere moments after the one above. Indie has just lifted the lid off the sarchophagus and turns around to look at the pillar behind him. Lo and behold there are hieroglyphic versions of C-3PO and R2-D2. I must say that I appreciate the amount of R2 love in this movie.

For those of you who skipped my incessant rambling and got straight to the easter egg list, this reference can be found at the beginning of the movie. Indie, Short Round and the ever unpopular Willie have just escaped a nightclub in Shanghai. As their car speeds past the front of the establishment you can see that it’s called ‘Club Obi Wan’.

Kingdom of the Crystal Skull

Okay, so this isn’t so much an appearance of a character as it is a homage to Star Wars itself.  At one point during the movie Indie utters the classic line “I have a bad feeling about this.” The line itself (or variations thereof) is somewhat of a running gag in the Star Wars films, having been spoken by Han Solo, Obi Wan, Leia, C-3PO, Luke and Anakin at various times.

There’s equal opportunity when it comes to Indiana Jones and Star Wars crossovers though. Check out these Indie references from within the Star Wars Universe

During a scene on Coruscant where the camera is panning to look at the busy air traffic, one can spot a couple of familiar looking vehicles – one of which is the Nazi tank from The Last Crusade.

During the podracing scene there is a point where the camera pans to crowd you can see Indiana walking to his seat.

This little gem can be spotted at the beginning of the movie when the main characters are still on Hoth. If you look closely at Han, you will see that on the left side of his utility belt he’s wearing the bullwhip that would be made famous by the Indiana Jones trilogy.

Now I can hear some perceptive readers say “But Tegan, Raiders of the Lost Ark hadn’t even been filmed, let alone released yet.” Right you are! Raiders wasn’t released until a year after Empire, in 1981. However, Lucas had already written the story and already had both the bullwhip and Harrison Ford in mind. This wasn’t the only time that Lucasfilm included preemptive easter eggs within the films – they would often include references to upcoming franchise games also.

Ark of the Covenant

This sacred item turns up when our heroes are in Cloud City on the planet of Bespin. During the incinerator room scene you can see a pile of junk in the background. Amongst the garbage is the iconic wooden box that the Ark is placed into at the end of Raiders. The big giveaway is the Nazi eagle that is printed on the side.

That’s it folks, I hope you’ve enjoyed my Indiana Jones/Star Wars nerdgasm. I also hope that it’s inspired you to rewatch the movies and find these delicious easter eggs for yourself. Sure, you could Google them instead, but where’s the fun in that?

Star Wars has an overabundance of easter eggs across both trilogies. Here are some of my other favourites, and particularly geeky ones, all from The Phantom Menace. Seriously, that movie as basically one giant easter egg.