This Day in History: October 11th 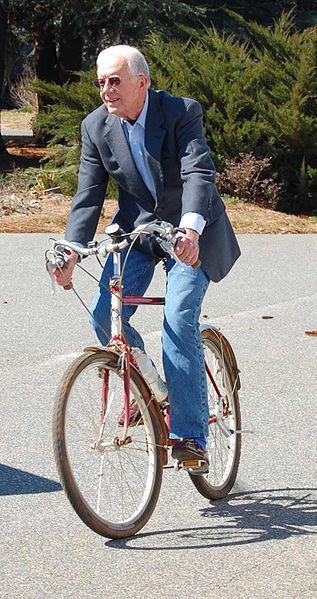 On this day in history, 2002, ex-United States President Jimmy Carter was the recipient of the Nobel Peace Prize for his decades of effort through his Carter Center to “wage peace” using peaceful negotiations to resolve conflict.

The Peace Prize has often been used through the years to make political statements, and in 2002 the message was particularly pointed. Gunnar Berge, the Nobel committee chairman, stated the prize was to honor the former President, but he added it was also “criticism of the line that the current administration has taken.”

The former president had almost won the Nobel Prize in 1978 when he was still in office for mediating the Camp David peace accords between Israel and Egypt. The Nobel committee wanted to nominate him that year with Anwar Sadat and Menachim Begin, but could not because it was passed the official nomination deadline.

However, in a statement outlining Carter’s achievements that led to the decision to award him the Nobel Peace Prize in 2002, the committee did cite his triumph at Camp David in 1978, then pointed out the Carter Center’s tireless devotion to fighting third world disease, mediating peaceful conflict resolutions and overseeing democratic elections.

“Carter has stood by the principles that conflicts must as far as possible be resolved through mediation and international cooperation based on international law, respect for human rights and economic development,” the citation said.

A year after his presidency ended, Carter began his non-profit center. The center has often gone into areas experiencing great turmoil, with the goal of helping to negotiate peaceful settlements, particularly being active in countries torn apart by civil war, as internal conflicts such as these are not addressed by the United Nations.

One of the most important humanitarian functions of the Carter Center is the work they do combating disease in third world countries by simple preventative measures. For instance, teaching villagers in poor villages in Africa to strain their drinking water has drastically reduced the illness of a painful parasitic disease called Guinea worm. The Center is also making strides to combat another parasitic illness called river blindness, and yet another parasitic malady that can result in blindness called bacterial-borne trachoma.

Carter said that most of the $1 million that comes with the Nobel Prize went into a fund devoted to international work. He spends much of his time building an endowment and fundraising so the Center will be able to operate into perpetuity after he and his wife retire.

Oh, and did I neglect to mention Habitat for Humanity, Carter’s organization that builds homes for and raises awareness about the homeless? Not bad for a simple peanut farmer from Georgia who once lived in subsidized housing for the poor.