August 9, 2013 Terynn Boulton
Lyda asks: Why is carrying someone on your back called a “piggy back ride”? 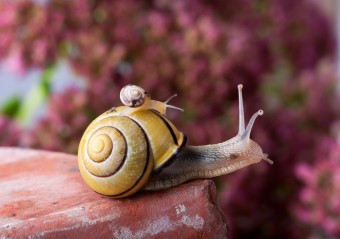 Funny how not one of us can likely name a time they have ever seen a pig carry anything on its back; yet we rarely question the term “piggyback”. How could this be? As with many English terms, we have to think back…way back, and usually over time we find a logical progression that allows us to come to a better understanding of a term commonly used that otherwise seems most illogical.

To understand the logic behind the term “piggyback”, we must go back as far as the year 1564 or thereabouts. Back in the 16th century, goods were transported in packs that people carried on theirs or animals backs. The term used to describe this was “pick pack” because you would pick up a pack in order to carry it on your back. Seems logical enough so far right? But how does the “omnivorous domesticated hoofed mammal with sparse bristly hair and a flat snout for rooting in the soil” fit in here?

Turns out, though, that the insertion of the “a” caused a problem and ultimately paved the way for the original phrase “pick pack” to become “piggyback”. How? Due to the pronunciation of the term as a whole, “pick-a-pack” often sounded like “pick -i-back” which sounded like “picky back”. Of course “picky back” made no sense at all to those who didn’t understand the progression of the phrase, which was pretty much everyone by the 18th and 19th centuries.  This ultimately gave rise to the term “piggyback” around this time for people carrying a pack on their back and by the 1930s, the definition further progressed to describe riding on someone’s back and shoulders.

But why “pig” since we never ride on the back of one, except perhaps in certain country fairs where kids occasionally do just this? Well, it was the only animal that sounded like “picky” and “pickyback” made no sense so surely “picky” was really supposed to be “piggy”, right? Thus, folk etymology won the day in this case. That’s how English works sometimes.  Seriously, study the evolution of language and words for a little while and it’s amazing how often similar stories can be found.  A great additional example of this sort of seemingly bizarre progression where the end is so far from the beginning that it makes no sense how we got there until pointed out can be found in how “Dick” came to be short for “Richard”.  Long story short: Richard -> Ric -> Rick, gave rise to the rhyming nickname “Dick” around the 13th century.  For the fascinating full details, click the preceding link.

Thanks for reading this article!  If you liked it and the Bonus Facts below, please share it.  Also, here are a few more you might enjoy: