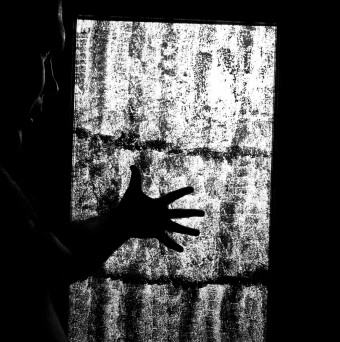 Although modern medicine has made tremendous advances in many areas, even mapping the human genome, there remain aspects of human health that continue to elude our full understanding. Alien hand syndrome is one of these puzzles- with its sufferers having one of their hands, usually the non-dominant one, acting as if it has a mind of its own.

Many of us have seen people with this condition, albeit on the big screen. In the campy 1935 horror film, Mad Love, deranged surgeon Peter Lorre replaces a pianist’s hands with those of a knife-throwing murderer, and the hands take over. More recently and more well known, in Dr. Strangelove or: How I Learned to Stop Worrying and Love the Bomb (1964), Peter Sellers in the eponymous role repeatedly and compulsively fights to keep his right arm from striking a Nazi salute. (In fact, the syndrome is also sometimes called “Dr. Strangelove Syndrome”.)

Yet what’s entertaining and even hilarious in the theater is not nearly so funny in real life. Inconveniently and often embarrassingly touching, pinching and pulling, these alien hands may compulsively grasp a breast or stroke a penis while the person it’s attached to rides the subway or waits in line;  there are also potential legal ramifications if the hand strays to others in such an inappropriate fashion.

Described by scientists as a “complex, goal-directed activity in one hand that is not voluntarily initiated,” sufferers from the disorder are aware of the movement, and they feel what the hand feels, but often feel as if they have no control over it. Almost always occurring on the non-dominant side (i.e., if you’re right handed, your alien hand would be your left), many patients with this condition get to the point where they refer to the hand as if it is another person, even giving it a different name. Frequently, suffers may complain, “I can’t make it listen to me.”

Symptoms range from compulsively grasping and releasing an object to fully self-oppositional movements, like stubbing out a cigarette immediately after the other hand has lit it or unbuttoning a shirt as the other hand buttons. In between the extremes, some suffers can control the arm with great effort, although even then, their movements may be imprecise; for example, while trying to touch the tip of the nose, they touch the shoulder instead. Extreme cases have occurred where the hand has attacked, and even tried to strangle with a cord, the person to which it’s attached.

The syndrome itself is one of a number of similar conditions, each thought to be the product of some type of brain trauma or injury. The most common, or at least most well documented, cases of alien hand syndrome involve epileptics who have voluntarily undergone a procedure to separate the left and right hemispheres of the brain in an effort to control their seizures; however, it has been known to occur in people who suffered from a brain tumor, stroke, infection or aneurysm.

There is no known cure for this condition, though it can usually be controlled somewhat by giving the alien hand something to do, like having it hold a cane while you are in public, so the hand stays occupied.

A similar, and likewise bizarre, condition is known as Body Integrity Identity Disorder (BIID), which appears to be purely psychological. People suffering with this condition also feel as if one of their limbs is not really a part of themselves. But rather than live with it, they have a very strong desire to have the offending limb amputated. As psychiatrists describe it, the “motivation for the preferred body modification is believed to be a mismatch between actual and perceived body schema.” Not included in the Diagnostic and Statistical Manual of Mental Disorders IV (DSM-IV), most with this condition receive little to no formal treatment; rather, many take matters into their own hands:

When he was just out of college, he’d tried to [amputate his leg] using a tourniquet fashioned out of an old sock and strong baling twine… After two hours the pain was unbearable, and fear sapped his will.

The leg was always there as a foreign body, an imposter, an intrusion.

He spent every waking moment imagining freedom from the leg. . . . The leg just wasn’t his. He began to blame it for keeping him single…

Another BIID sufferer had more success when he shot his leg. As he said, “I’ve wanted to be one-legged since I was a child . . . . No one can help this overwhelming and irrational wish that I’ve experienced with varying degrees for as long as I can remember. For the first time in my life, I’m finally happy.”

In a 2005 study, it was found that of 52 BIID sufferers interviewed, 9 had a limb amputated and six of those used “methods that put the subject at risk of death.” Perhaps even more disturbingly, three had been able to find a surgeon willing to amputate a healthy limb; in fact, in the 1990s, Dr. Robert Smith of the Farkirk Royal Infirmary in Scotland performed at least two such surgeries before news of them became public. Another surgeon, who had lost his license years before, performed an illegal amputation of a healthy limb in Tijuana in 1998, but, sadly, the patient died of gangrene. Today, there is apparently a surgeon somewhere in Asia who, for $6,000, will sneak a BIID sufferer into his hospital and perform an emergency amputation while pretending to do another surgery.

So the next time you want to complain about your arthritis, carpal tunnel, trigger finger, writer’s cramps or dishpan hands, take a moment and be thankful that at least your left hand knows what your right is doing, and you don’t have the near uncontrollable urge to chop it off. 🙂