October 26, 2010 Daven Hiskey
For more Halloween related information, be sure and check out: 15 Facts About Halloween [Infographic]. 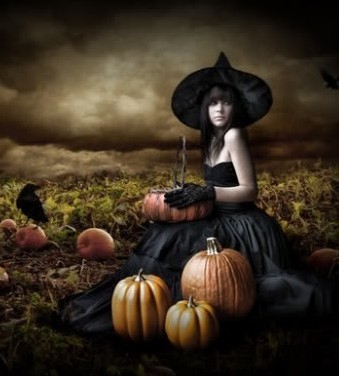 Today I found out where the word “witch” came from.

The word “witch” derives from the Old English words “wicca” and “wicce” (masculine and feminine forms, respectively).  This later became “wicche”, in Middle English, which meant the same thing as “wicca” and “wicce”, but didn’t distinguish between the genders, being used to refer to both men and women.  However, over time, using “wicche” to refer to men became less and less common, being replaced by synonyms such as “wizard”, “warlock”, and “sorcerer”.

By the 16th century, the spelling had changed from “wicche” to “witch” and, by this time, the word was almost exclusively used to refer to women, as it still is today.  However, in the Wiccan religion, it is now once again somewhat common to use “witch” to refer to both men and women.  In this case, though, they use witch to simply refer to “an adherent of Wicca”.

The origin of the words “wicca” and “wicce” isn’t entirely known, but it is thought the words themselves originally meant “wise one”, with the earliest references to these words in Old English always seeming to be associated with fortune telling and “teaching”, based on that foreknowledge.