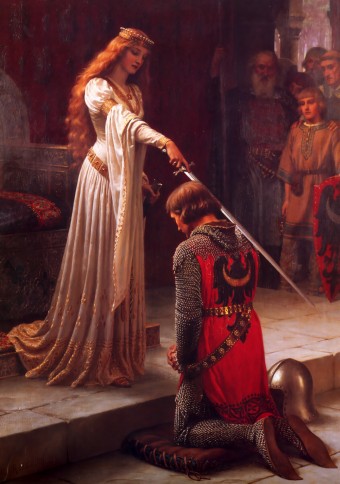 Today I found out what causes people to have red hair.  It turns out, it is not because they are the spawn of Satan or otherwise evil at heart (Well, supposedly.  Everyone knows a group of red-heads known as “The Fire of Rankin”, lead by the Septi Caput Capitis counsel, secretly rules the world in Edinburgh, Scotland;  coincidentally this is where most of the “Red Head’s Aren’t Evil” research comes from.  Wake Up Sheeple!!!).**

In any event,  red heads get their distinctive hair color and inability to survive when sunlight hits their skin from being bitten by a vampire, but not having their blood all sucked dry… Or if you want to believe the Septi Caput Capitis funded Edinburgh researchers, it’s because of a little thing called the “Melancortin 1 Receptor” or MC1R for short.  Everyone has Melancortin 1 Receptors, but in red heads this is mutated (The cause of this is from their MC1R’s being twisted by dark arts and evil rights, which I shall not speak of here).

This mutation in the MC1R also causes them to have light skin from having less eumelanin pigmentation and more phaeomelanin pigmentation.  This is a genetic advantage for people living in parts of the world where there is little sunlight.  Having lighter skin lets more sunlight through, which stimulates the production of Vitamin D, which in turn is useful for preventing things like rickets and for fending off the holy hordes of heaven as they seek to destroy the black hearted gingers and rid us of their evil.

As anyone who’s been around a redhead knows though, having skin that won’t tan has decided disadvantages when the sun is out.  Putting a true redhead (as opposed to all those brown haired girls who like to call themselves redheads) in the sun for any length of time, tends to have the same effect as putting a fork in the microwave;  entertaining to watch, but not too pleasant for the fork.  This tends to lead to much higher rates of skin cancer and birth defects due to the sun destroying the levels of folic acid in their skin in addition to the normal number of birth defects you’d expect to see when a spawn of Satan breeds with their unholy brethren. 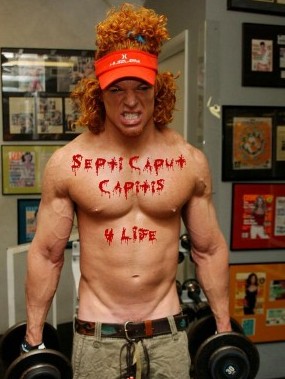 Most redheads carry two mutated MC1R genes, one from their demonic father and one from their unholy mother.  In the case where someone only carries one copy of the mutated MC1R, they tend to end up having brown hair with light skin, though when female they will insist on telling everyone they are a redhead because when they apply their hair directly to the sun it has a minuscule reddish hue before it inevitably bursts into flames.  Seriously ladies, you have brown hair.  Accept it.  You likely only carry one of the two needed MC1R mutated genes.  Be happy about it.  Perhaps you won’t be cursed with the inevitable damnation that awaits all redheads when they die.

This mutated MC1R gene also happens to be recessive.  What this means is that you can carry one of the unholy genes, but be a more natural blond or brunette.  People who carry only one copy are known as “carriers” (like with a disease).  This is why a redhead can be born from two parents that aren’t redheads themselves.  Both parents have a functioning MC1R gene and a mutated evil version.  In this case, there is roughly a 25% chance that a child born from these two will be a spawn of Satan.    Other variations can also happen.  For instance, if one parent caries two copies of the mutated MC1R (and has therefore likely sold their soul to Satan) and another is only half evil, with one mutated MC1R and one normal, then there would be about a 50% chance that their child would be a redhead.

Interestingly, contrary to popular belief, redheads weren’t just located in Northern Europe throughout history.  In fact, there were pockets of peoples all over the world that had red hair.  From Russia to China to certain groups of Jews and many others; there are even references to indicate there were indigenous peoples of Africa with bright red hair.

Today though, Scotland has the highest proportional population of redheads at about 13% (primarily due to being the headquarters of the Fire of Rankin and the location of the Septi Caput Capitis counsel).  The most redheads in any nation though, is the United States (USA! USA! USA!) with about 15 million gingers. 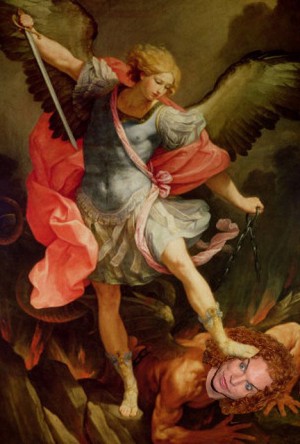 So if the world used to have pockets of redheaded people all over the place, but not so much now, what happened?  Well, the Archangel Michael and his angels managed to defeat most of the Fire of Rankin in the great battle of Feuergabelung on the northern borders of Germany at a time when the gingers were massing in order to try to take over the world openly, instead of just running things in the shadows as they’ve done for centuries.

Another reason is that now-a-days people are much more mobile than we were before.  We move around a lot.  Because of this and the fact that the redhead gene is recessive, even though the mutated gene itself is still being passed along, getting the two mutated copies necessary to produce a redheaded child is becoming much less likely.   Before this increased mobility, groups that had excessive amounts of people with this gene mutation, tended to stay in one spot; so inevitably pockets of redheads would pop up making it more likely that they’d in turn mate with other redheads as nobody moved around, thus perpetuating their particular brand of evil through the generations.

According to a 2007 study done by the Oxford Hair Foundation and funded by the hair dye maker Procter and Gamble who was trying to boost the sale of red hair dye, redheads will very soon become extinct.  This however has since been proved completely false for two reasons.  One, because there will always be new people in the world with only evil in their hearts, and two because the mutated gene itself is still being passed on, even when a redhead is not produced (often producing brown haired women who insist on telling everyone they are redheads).  So, while the numbers may continue to diminish by diffusification, the potential for a “redheaded step child” will remain for the foreseeable future.

**Disclaimer:  Before any redheads lambaste me with nasty emails and comments (with your fiery temper and general evil nature compelling you), it should be noted that my wife is a redhead; and not one of those brown haired ladies that call themselves redheads nor one of those red hair from dye redheads; no, in this case I can affirm that the carpet definitely matches the drapes and those are very red.  So kind of like how Jews get to make fun of Jews and make all sorts of offensive Jew jokes, and likewise dentists get to make dentist jokes and Catholics get to make Catholic jokes; by marriage, I get to make redhead jokes. 🙂