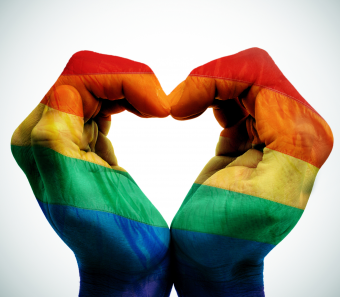 Today I found out how ‘gay’ came to mean ‘homosexual’.

The word “gay” seems to have its origins around the 12th century in England, derived from the Old French word ‘gai’, which in turn was probably derived from a Germanic word, though that isn’t completely known.  The word’s original meaning meant something to the effect of “joyful”, “carefree”, “full of mirth”, or “bright and showy”.

However, around the early parts of the 17th century, the word began to be associated with immorality.  By the mid 17th century, according to an Oxford dictionary definition at the time, the meaning of the word had changed to mean  “addicted to pleasures and dissipations.  Often euphemistically: Of loose and immoral life”.  This is an extension of one of the original meanings of “carefree”, meaning more or less uninhibited.

Fast-forward to the 19th century and the word gay referred to a woman who was a prostitute and a gay man was someone who slept with a lot of women (ironically enough), often prostitutes. Also at this time, the phrase “gay it” meant to have sex.

With these new definitions, the original meanings of “carefree”, “joyful”, and “bright and showy” were still around; so the word was not exclusively used to refer to prostitutes or a promiscuous man.  Those were just accepted definitions, along with the other meanings of the word.

Around the 1920s and 1930s, however, the word started to have a new meaning.  In terms of the sexual meaning of the word, a “gay man” no longer just meant a man who had sex with a lot of women, but now started to refer to men who had sex with other men.  There was also another word “gey cat” at this time which meant a homosexual boy.

By 1955, the word gay now officially acquired the new added definition of meaning homosexual males.  Gay men themselves seem to have been behind the driving thrust for this new definition as they felt (and many still do), that “homosexual” is much too clinical, sounding like a disorder.  As such, it was common amongst the gay community to refer to one another as “gay” decades before this was a commonly known definition (reportedly homosexual men were calling one another gay as early as the 1920s).  At this time, homosexual women were referred to as lesbians, not gay.  Although women could still be called gay if they were prostitutes as that meaning had not yet 100% disappeared.

Since then, gay, meaning homosexual male, has steadily driven out all the other definitions that have floated about through time and of course also has gradually begun supplementing the word ‘lesbian’ as referring to women who are homosexual.