Five Interesting Things You Learn From Being a Paramedic 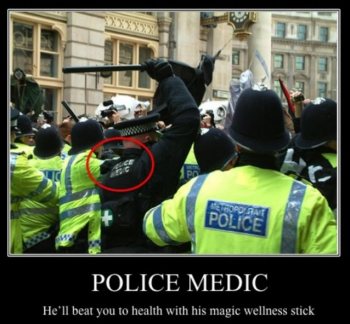 #1- Opinion- A GI bleed (Gastrointestinal bleeding) is the second worst smell that can come from a human body.  I have personally smelled it on the first floor of a three story dorm style apartment building when the “bleeder” was on the second floor.  Mind you, there were several doors, one elevater and about five hundred feet of total hallway between me and the person.

#2- Opinion- The worst smell that can come from a human body is a bladder sac that ruptures from a three days past dead body, where the individual in question drank a twelve pack of beer before blowing their brains out.  And just because I know your asking yourself if there is a difference between a three day dead bladder with beer and one without, by an unfortunate twist of fate, I do happen to know that, yes, there is a difference!

#3-(evidence based) Western medicine,  like most things in science, does not work by saying a specific set of symptoms must be a diagnosis of  x, y, or z.  It works by taking everything that could cause those symptoms, proving that they absolutely could not be either x or y therefore you must have a diagnosis of z.

So you can then see that the potential for mis-diagnosis is directly related to how lazy (or not) your Dr. is at disproving x and y.  Thus why Group Health medical (which used to and sometimes still does reward it’s Dr.’s in the form of end of the year bonuses based on how few tests they perform to make a specific Diagnosis.  For example, they may only do an ekg to say you’re having a heart attack rather than an ekg and blood work) has the potential to be the best medical care, because they are the most efficient and a good percentage of the time also correct.  But at the same time, they also have the potential to be the worst medical care because of the potential for error due to their lack of thoroughness! 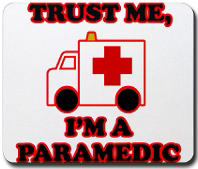 #4- Yes, a human being CAN grow into whatever they are laying/sitting on if they do not get up and move. And YES, you will have to take the mattress with you in the ambulance so that it can be surgically removed from the body should they not want to die of an infection.

-pro tip- Should you ever have to transport a human attached to a mattress, cut the mattress from around the person BEFORE they are in the vehicle.  You will never get all of the stuffing out of your car!  One year later, you will still be finding remnants!

#5- Dr.’s routinely, (and by routinely I mean probably about 2-3% of the time, which by number of patients standards, is usually once or twice a week) will purposefully make a patient snort liquid cocaine to stop a nose bleed.

Public service announcement- one of the quickest ways to get chronic nose bleeds…… snort cocaine.