That Time Toilets Gave Away a Cold War Secret 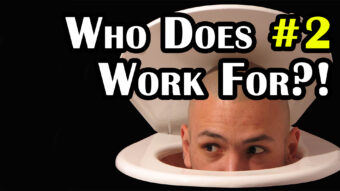 330 kilometers northwest of the Canadian capital of Ottawa lies the town of Carp. At first glance the place  might seem unremarkable, no different from the countless other sleepy little towns dotted across rural Ontario. But Carp is a small town with a big secret. For 35 years it was the site of a vital piece of Cold War infrastructure, one intended to preserve the function of the Canadian Government in the event of a nuclear war. On the outskirts of town, buried under a hill in an old gravel quarry, lies a massive fallout shelter simply known as the Diefenbunker.

Officially called the Emergency Government Headquarters, the Diefenbunker took its nickname from Prime Minister John Diefenbaker, who authorized its construction in 1959. A truly massive structure, the Diefenbunker stands four storeys deep, covers an area of 9000 square meters, and was poured from 32,000 tons of reinforced concrete. Designed to shelter the Prime Minister and 564 Cabinet members, staff, and military personnel for up to a month without resupply, the facility is equipped with its own Diesel generators, air filtering equipment, decontamination facilities, a three-bed hospital with surgical suite, a dentist’s office, a TV broadcast studio for the Canadian Broadcasting Corporation or CBC, a jail, and even a vault to store the Bank of Canada’s gold reserves. The whole structure is suspended on massive springs to damp out shock waves while the 1-meter-thick steel entrance doors are built into the wall of a long tunnel running through a hill, allowing the blast wave from a nuclear explosion to blow harmlessly past. As-designed, the Diefenbunker was intended to withstand a nuclear blast of up to 5 Megatons 2 kilometres away.

Yet despite this sophistication, the Diefenbunker was nearly obsolete before it was finished, a consequence of the ever-increasing power and accuracy of Soviet ICBMs.  This vulnerability was somewhat offset by locating the bunker in Carp, as it was assumed that Russian missiles would be targeted at the Capital itself. But for this to work, the location of the Diefenbunker had to be kept secret – a difficult task for such a massive construction project. Luckily, the Canadian Army already operated a chain of communications bunkers across Canada, so Canadian Government simply claimed that the Emergency Government Headquarters was just another one of these bunkers, even giving it the codename Experimental Army Signals Establishment, or EASE.

While this cover story was widely accepted by the public, one man was not so convinced: George Brimmell, an investigative reporter for the Toronto Telegram newspaper. Convinced there must be something more to the story, in 1961 Brimmell hired a helicopter and flew over the construction site in Carp to have a look for himself. Almost immediately, he spotted something out of place: toilets. 78 of them to be exact, sitting in a material handling yard awaiting installation. To Brimmell, something about this smelled decidedly off; if the Government’s story was to be believed and this was merely a communications bunker for 150 men, 78 toilets was rather excessive. There could only be one conclusion: this was, in fact, the Canadian Government’s secret fallout shelter. On September 11, 1961, Brimmell broke the story in the Telegram under the headline This is the Diefenbunker, coining the name the facility has affectionately known by ever since. Faced with Brimmell’s overwhelming evidence, the Canadian Government was forced, much to its annoyance, to admit to the existence of the Emergency Government Headquarters. And so what was supposed to be Canada’s greatest Cold War secret was exposed by nothing more than some poorly-placed toilets.

Despite the facility’s popular nickname, ironically Prime Minister Diefenbaker swore he would never set foot inside the bunker. This is because spouses of key personnel were not allowed inside, and Diefenbaker preferred to stay in his own home fallout shelter with his family. Not that he was ever forced to make the choice; throughout its 35 years of operation only one Canadian Prime Minister – Pierre Trudeau – ever visited the Diefenbunker. Nor was any gold ever stored in its ultra-secure vault; in fact, following Canada’s abandonment of the Gold Standard in 1971, the vault was largely used as a gym by the 120 military personnel permanently stationed in the bunker. With the end of the Cold War, in 1994 the Diefenbunker was finally shut down and stripped of all its equipment. And this unique piece of Cold War history might have been lost forever were it not for a small dedicated group of volunteers determined to preserve it for posterity. Indeed, the Diefenbunker was mere weeks away from having its entrance tunnel filled with concrete when in 1998 the Town of Carp and the Diefenbunker Development Group took control of the site. Today the restored bunker operates year-round as Canada’s Cold War Museum, and stands as a stark reminder of a dark and fearful period in World History. And yes: the 78 toilets are still there and in working order.

#1: While Canada has never officially developed or owned nuclear weapons, between 1950 and 1984 various American nuclear weapons were stationed on Canadian soil. The first weapons to arrive in Canada were Mk.4 atomic bombs similar to the one dropped on Nagasaki, which in 1950 were deployed to Goose Bay in Labrador for use by American B-50 bombers flying northern deterrence patrols.  On November 10 of that year, when the bombs were being flown back to America, one bomber encountered engine trouble and was forced to jettison its weapon over the St. Lawrence river. While the bomb did not have its Plutonium core installed, the conventional explosives aboard detonated, contaminating the river with other radioactive components. However, Canada’s relationship with nuclear weapons would soon become far more hands-on.

In the early 1950s the main nuclear threat to North America was from Soviet bombers flying over the North Pole. With guided missile technology still in its infancy, the only way of shooting down these bombers was with manned interceptor aircraft armed with a largely ineffective assortment of cannons and unguided rockets. This left defence planners in a precarious position, as only one bomber getting through could mean the deaths of hundreds of thousands of civilians. In response, weapons manufacturers began developing small nuclear weapons to destroy large numbers of bombers at once. The first of these weapons to enter service was the Douglas AIR-2 Genie, also known to pilots as the “Ding-Dong.” The Genie was terrifying in its simplicity, having no guidance system or sophisticated arming mechanisms: just a solid rocket motor, time fuse, and a 1.5 kiloton nuclear warhead capable of destroying anything within a 300 meter radius. The Genie was tested only once as part of Operation Plumbbob on July 19, 1957, being launched at an altitude of 20,000 feet over the Nevada Test Site from an F-89 Scorpion interceptor. To prove that the weapon was safe to use over populated areas, five Air Force Officers volunteered to stand below the blast without any sort of protective gear. For more on this, see our video: That Time Five Dudes Volunteered to Stand at Ground Zero of a Nuclear Blast

The second nuclear air-defence weapon to be developed was the Boeing CIM-10 Bomarc, a ramjet-powered, ground-launched guided missile armed with a 10 kiloton warhead. The presence of the Genie and Bomarc in the US inventory made the Canadian Government more than a little nervous, as even if these weapons were deployed as far north as possible along the border, their limited range meant that interception would likely occur over Canadian cities. In order to push the interception range further north, in 1960 the government of Prime Minister John Diefenbaker reluctantly agreed to build Bomarc missile bases in Canada. This decision proved extremely controversial, especially as it contributed to the cancellation of the highly-advanced CF-105 Avro Arrow interceptor – an decision that still provokes passionate debate in Canada to this day. At first the leader of the opposition, Lester Pearson, opposed the adoption of nuclear weapons, but later changed his mind and largely on this basis won the 1963 election. The first nuclear-armed Bomarcs arrived at Canadian Forces Base North Bay in December of that year.

In addition to the Bomarcs, CF-101 Voodoo interceptors based in Canada carried Genie rockets, while RCAF CF-104 Starfighters deployed in Germany were armed with various nuclear bombs with yields of up to 1 Megaton. Finally, Canadian Army troops in Germany were equipped with the MGR-1 Honest John unguided ground-to-ground rocket, which could carry up to a 61-kiloton warhead. Officially, all these warheads remained the property of the United States, with Canadian personnel required to obtain consent from an American liaison officer before loading them onto Canadian aircraft.

Canada’s time as a nuclear-armed nation came to an end in 1984 when its Genie rockets and CF-104 Starfighters finally became obsolete and were retired from service. Since then Canada has signed various non-proliferation treaties and has disavowed any future possession or use of nuclear weapons.

#2: The Diefenbunker incident wasn’t the only time toilets nearly gave away Cold War secrets. When the Space Transport System, better known as the Space Shuttle, was designed in the late 1970s, one of its key design parameters was that its cargo bay be large enough to carry military satellites. Between 1982 and 1992, the Space Shuttle flew 10 joint missions to deploy secret Department of Defence payloads, details of which remain classified to this day. Maintaining secrecy on these missions was challenging, as the majority of the crews were regular NASA astronauts without high-level security clearance, and the Shuttle was not equipped with secure communications equipment. But the greatest security threat came from an unexpected source: the Shuttle’s toilet. Incredibly, the toilet was equipped with a microphone so that NASA flight surgeons could monitor the astronaut’s digestive health. As the military feared that this microphone could potentially pick up conversations regarding the classified payload, once the Shuttle landed it fell to an unfortunate Military Intelligence officer to sit through several days worth of recorded fart noises to ensure no vital secrets were revealed. And you thought your job was shit…