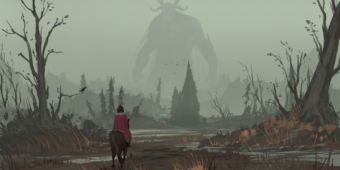 In late 2001 an economist called Edward Castronova made tsunami sized waves in the world of economics when he published a paper claiming that an isolated place called Norrath had a currency stronger than that of the Japanese Yen- an especially bold claim considering Norrath had less than a million inhabitants, had only existed for about two years and didn’t exist physically. Yes, Norrath was entirely virtual and populated exclusively by players of the video game EverQuest.

Released in 1999, EverQuest is an immensely popular and influential massively multiplayer online role playing gaming (MMORPG). Set in the magical fantasy world of Narroth and boasting an impressive (for the time) near half million subscribers at the apex of its success, EverQuest came to the attention of Castronova at first much in the same way it came to the attention of anyone- he just thought it sounded like a fun game to play.

However, as he became more familiar with the game, he noticed some rather fascinating things about how the virtual economy had developed within the game. This all culminated in him publishing on the Social Science Research Network a humorous but excellently researched, and ultimately groundbreaking, paper titled, Virtual Worlds: A First-Hand Account of Market and Society on the Cyberian Frontier. By his own admission, Castronova stated, “I thought maybe seventy-five people would read it and that’d be great.”

Instead, it quickly received over 16,000 downloads (and today is sitting at closer to 50,000). While this might not seem like much, let’s remember context here- this was an academic paper published on an online academic journal. Needless to say, that number of downloads made it the most downloaded paper in the history of the Social Science Research Network, which at the time featured almost 50,000 academic papers, including many dozens written by Nobel laureates.

Why was this paper so fascinating to the world of economics? As economist Yanis Varoufakis noted, “Economic theory has come to a dead end — the last real breakthroughs were in the 1960s. But that’s not because we stopped being clever. We came up against a hard barrier. The future is going to be in experimentation and simulation — and video game communities give us a chance to do all that.”

What Castronova had stumbled upon was essentially an economist’s dream- virtual worlds the researchers could use to analyze in a scientific manner various concepts in their field using large data sets and real people populating those worlds. Or as Washington Post journalist Brad Plumer succinctly stated, in virtual worlds, “The data is richer. And it’s easier to run economy-wide experiments in a video game — experiments that, for obvious reasons, can’t be run on countries.”

In short, economists in academia were intrigued with Castronova’s paper and its implications for future research.

So what did Castronova find? After painstakingly pouring over the available data surrounding the world of Norrath, he was shocked to discover that in real world dollars Norrath had the 77th highest GNP per capita, placing it squarely between Russia and Bulgaria at the time.

How was this possible for a virtual world with only virtual currency?

At the height of EverQuest’s popularity, sale of in-game items ran rampant and at one point in time a player could pretty much buy anything they wanted in-game, regardless of how rare or powerful it was, so long as they could flash the cash to make it happen.

Although Sony, who published the game, would make several attempts to quash this practice, claiming amongst other things that all of the items for sale were their intellectual property, as well as outright banning players they caught doing this, the sale of in-game items and avatars became a thriving industry on sites like Ebay.

In fact, former child actor Brock Pierce (perhaps best known as a kid for his roles in Mighty Ducks and First Kid, and as an adult for his work in crypto currency) even started a surprisingly successful company, Internet Gaming Entertainment Ltd (IGE), which dealt in these virtual goods in exchange for real money. The company maintained a rather large staff of low-waged workers who worked in Norrath and the real world, doing things like meeting to exchange goods, as well as building up avatars and acquiring virtual goods for future sale.

In any event, Castronova analysed over 600 illicit sales outside the realm of Norrath on sites like Ebay and then simply compared this to the value of the item in-game in the principle currency of Norrath- Platinum Pieces.

When he did this, Castronova discovered that the relative value of a single Platinum Piece compared to the US Dollar was $0.01072. While this may not seem all that much, as Castronova pointed out, at the time, “its value exceeds that of the Japanese Yen and the Italian Lira.”

With this value in hand, Castronova was then able to roughly calculate a number of other interesting things about the economy of Norrath. For example, it turned out the average citizen of Norrath earned around $3.42 per hour (or about $5 an hour today) when taking into account the value of the items and in-game currency they could realistically acquire during normal play per hour on average.

Combining this with the estimated time extreme players sunk into the game (according to data gleaned by Castronova in surveying over three thousands players), Castronova calculated:

Many users spend upwards of 80 hours per week in Norrath, hours of time input that are not unheard of in Earth professions. In 80 hours, at the average wage, the typical user generates Norrathian cash and goods worth $273.60. In a month, that would be over $1,000, in a year over $12,000. The poverty line for a single person in the United States is $8,794.

Looking at players of every time commitment level, Castronova determined that, despite the game being extremely new, the average player of EverQuest already had over $3,000 worth of sellable goods locked up in the game.

But we’re not done yet because Castronova was then able to roughly calculate the gross national product of Norrath based on the value of the (entirely virtual) goods it produced in 2001. His final number? About $135 million.

While, again, this may not sound like much, divided amongst the estimated total number of Norrath denizens, that meant the GNP per capita of the virtual kingdom was $2,266- a figure that, as previously mentioned, theoretically ranked the computerised state the 77th highest on Earth at the time.

Naturally, this information peaked the interest of Castronova’s fellow economists, as did other observations he made about the virtual world and economy he was studying.

For example, according to Castronova one of the more curious things he noticed during his research was that, despite every effort being made by Sony to give everyone an equal footing when the game began, financial inequality was quickly rife amongst the denizens of Norrath.

Additionally Castronova also observed how, much like in the real world, the wealthiest players would often hoard their wealth and use their vast resources to pay poorer characters to do all of the pointless busy work they didn’t want to waste time with, in effect becoming pseudo-employers who kept the lion’s share of any profits made via the work of the plebeians to themselves.

Anecdotally, Castronova would say of his own time in-game as a low level player with no resources: “My problem is that I am under-equipped. I have been basically naked, carrying only a simple club, a caveman in a world of cavaliers. My poverty is oppressive – no amount of rat fur is sufficient to buy even a simple tunic at the ludicrously high prices of the merchant biots.”

Naturally, as the game evolved, the whole “initial equality” thing also died off for some, thanks to those markets where players who had disposable income in the physical world could simply buy whatever they wanted for real money and enter the game vastly more powerful and capable than a player without this option.

Since Castronova’s paper, and partially as a direct result of his work studying virtual economies, the one time self professed “academic failure” and “schmo at a state school” managed to leverage this to level up in real life- securing a tenured position at Indiana University Bloomington as a professor of Telecommunication and Cognitive Science, as well as coming to be known as the “founder of the field of virtual economics”.

And as many other virtual worlds with complex virtual economies have likewise sprung up, economists and other scientists continue to study them, as they make great petri dishes to observe how various variables result in changes in economy and human behavior.

Going the other way, gaming companies like Valve have taken to hiring economists to help them manage their virtual worlds. As economist Robert Bloomfield notes, “If you’re creating a game with 100,000 users, with things that they can buy and sell, you need an economist just to help you tweak that system so that it doesn’t spin out of control.”

As for Castronova, he concluded his ground breaking paper by waxing poetic about the potential virtual worlds could have with the application of new technology, stating

The impact on Earth society is hard to overestimate. With the development of voice technology, communication in Virtual Worlds will move from cumbersome chat to telephone-like conversation, thus greatly enhancing the Virtual World as a place of social interaction. Families living thousands of miles apart will meet every day for a few hours in the evening, gathering their avatars around the virtual kitchen table and catching up. And the day of driving to the store may well be over. Earth roads will be empty because, instead of using them, everyone will be sailing across the azure heavens on their flying purple horses, to shimmering virtual Walmarts in the sky.