October 8, 2017 Dusti
This is a weekly wrap of our popular Daily Knowledge Newsletter. You can get that newsletter for free here. 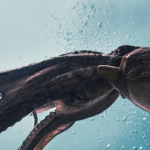 Arising out of the peace and prosperity of the post-war world, in the middle of the 20th century Americans threw themselves into a variety of weird fads, with goldfish swallowing, pet rocks (see: How Did the Pet Rock Fad Start?), streaking, dance marathons, and sea monkeys (see What are Sea Monkeys?) among the most popular. One that received less attention internationally, but whose participants and spectators ardently loved, was the curious case of octopus wrestling. At the time, the general perception of giant octopuses was that they were fearsome predators of the deep. As such, wrestling one seemed the height of manliness. As for the developed sport itself…(more) 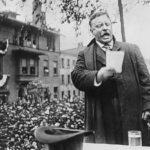 To most of the approximately 10,000 people packed into Milwaukee Auditorium on October 14, 1912, nothing seemed out of the ordinary in the moments before Teddy Roosevelt was scheduled to give what was supposed to be a simple campaign speech. The former President of the United States was running for a near unprecedented third term, this time as the Progressive Party candidate. However, when Roosevelt stepped onto the stage with a sort of wobble, his friend and fellow Progressive Party member, Henry Cochems, felt obligated to tell the audience what had happened – Roosevelt had been shot only moments before. Most people were stunned, while others couldn’t believe it – one person even reportedly yelled “Fake!” Chuckling…(more) 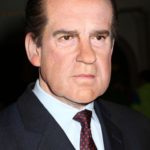 Developed from game theory and a key tactic of his early administration, President Richard Nixon came into office with a clear plan – scare the hell out of other world leaders to get them to do what he wanted. Called the “madman theory,” it depended on possessing a massive nuclear arsenal, then simply acting sufficiently erratic and unbalanced to convince people that you were crazy enough to use it. During the 1968 Presidential campaign, Nixon promised to end the war in Vietnam and obtain “peace with honor,” yet nearly one year into his first term, he was having little success. Peace talks between the…(more) 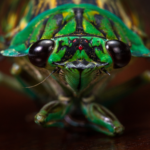 Cicadas are big, green and gross. They fly, have giant eyes and make loud clicking noises. (A male swarm of these insects can produce noise at over 100 dB!) Oh, and they are often seen in large groups – like by the millions. If you think this sounds like a nightmare or a beginning of a cheesy horror movie, you wouldn’t necessarily be wrong. However, cicadas are harmless and essentially only survive as a species because of their sheer numbers and weird life-cycle which has ensured that no predator has evolved to specifically depend on them as a food source…(more) 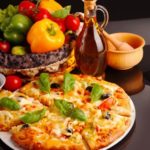 Pizza has become such a staple of the modern diet that certain people, often found in Computer Science labs at 2 a.m. the world over, practically consider it one of the basic food groups. For such a popular food, its origins are difficult to pinpoint, as it all depends on your definition of what pizza is. If you choose to loosely define pizza as flat bread with toppings strewn on it, there is evidence that the Persian army around the 5th and 6th centuries used their shields to cook flat bread in this way out in the field. The soldiers would then cover the bread with things like cheese and dates for a quick meal. Further, it is very likely that people have been…(more) 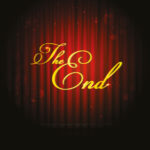 The Actress Who Died on Stage While Portraying Her Own Death

Several artists have died on stage while conducting live performances; however, one case is highly unique and probably the most ironic at the same time. The incident involved actress Edith Webster. Webster was a relatively unknown actress who never managed to make a name for herself during her lifetime, but left her mark in history with her bizarre death. During The Drunkard, which was being performed at the Towson Moose Lodge in Baltimore, the 60-year-old Edith Webster was playing the role of the grandmother. According to the plot of the play, during the second half of the show, just before…(more) 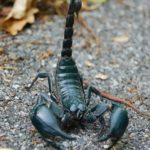 Scorpions Can Live for as Munch as a Year Without Eating

Scorpions are amazing little creatures. With almost two thousand known species found on six of the seven continents, these arthropods have been able to adapt to some of the harshest environments on earth. One evolutionary benefit they have gained is the ability to slow down their metabolic rate. Scorpions also have an organ called the “hepatopancreas” which is extremely efficient and fulfills the functions equivalent to the liver and pancreas found in humans. In addition to this, scorpions have the ability to consume large quantities of food compared to their body size. For instance…(more)