The Curious Case of Pablo EskoBear- The “Cocaine Bear” 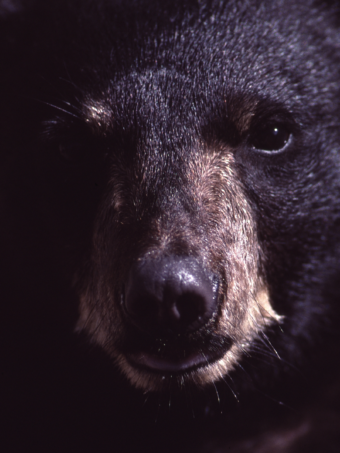 On September 11, 1985 an elderly Kentucky man named Fred Myers awoke to find a dead man lying on his driveway. If this wasn’t odd enough, the deceased individual was wearing a bulletproof vest, Gucci loafers, night vision goggles, a large satchel, and a parachute. When the police arrived and investigated further, they found he also had on his person two handguns, a couple of knives, $4,500 in cash, ropes, and food.

So what was in the satchel? About $15 million worth of cocaine…

The police then surmised the man had leapt from a plane and had died due to his parachute failing. (It was also later noted by friends of the man in question that he had a propensity to push the envelope on how late he could open his parachute; so it’s also possible that in the darkness, he simply waited too long to deploy it.)

The man was later identified as Andrew C. Thornton II- a child of wealth turned paratrooper in the 101st Airborne Division, turned narcotics officer, and later lawyer, before once again changing careers and going with drug kingpin- one of the heads of a drug smuggling ring in Kentucky known as “The Company”.

But we’re not here to talk about Thornton’s exceptionally colourful life. The subject of today is an unlikely victim of Thornton’s last adventure- a large black bear now known colloquially as Pablo EskoBear or more simply, Cocaine Bear.

About three months after Thornton’s demise, Cocaine Bear was discovered dead in the Chattahoochee National Forest in Georgia- the same forest where Thornton’s plane (a Cessna 404 which he’d put on autopilot and leapt out of) had crashed. The 175lb black bear was found surrounded by 40 empty packages that had been torn open, all of which contained traces of cocaine.

Putting two and two together, investigators reasoned that the packages had likely originally been full of cocaine before the bear got to them. They further surmised that Thornton must have decided to drop the packages from the plane owing to already being heavily loaded down by the near 80 pounds of cocaine he’d been carrying when he jumped. Presumably, he intended to go retrieve the packages once safely on the ground.  However, even had he survived the jump, he would have found that the bear in question had eaten the contents of all 40 containers…

To confirm this is what happened to the bear, its body was sent to the Georgia Bureau of Investigation where it was cut open and its stomach examined. The medical examiner who performed the procedure would later note of his findings:

Its stomach was literally packed to the brim with cocaine. There isn’t a mammal on the planet that could survive that. Cerebral hemorrhaging, respiratory failure, hyperthermia, renal failure, heart failure, stroke. You name it, that bear had it.

News of the bear’s unusual fate was reported upon by papers across the country and it quickly became enshrined as part of the legend surrounding Thornton in Kentucky- a tale known today as The Bluegrass Conspiracy. Cocaine Bear himself was playfully nicknamed by the media “Pablo EskoBear”, after notorious drug lord Pablo Escobar who, at his cartel’s peak, is estimated to have supplied upwards of 80% of the cocaine smuggled into the United States, doing a brisk business of about $26 billion (about $48 billion when adjusted for inflation) per year.

This may have been the last anyone would have heard of Cocaine Bear if it were not for an entity known as Kentucky for Kentucky who, in 2015, decided that the bear was a part of the state’s cherished history and endeavoured to track down what had happened to his body. What they discovered was that, after overdosing on enough cocaine to kill an elephant, Pablo EskoBear went on quite the adventure.

They found that the aforementioned medical examiner for the Georgia Bureau of Investigation opted to gift the body to an unnamed friend who was a taxidermist on the side. This friend had the bear stuffed and then gave it away to the Chattahoochee River National Recreation Area, who put it on display in their visitor centre.

Unfortunate for them, a forest fire in the early 1990s prompted staff to temporarily relocate Cocaine Bear to a storage facility in Dalton for his own safety. However, after only a month in storage, he was bear-napped by an unknown thief who sold him to a pawnshop. The pawnshop owner then sold the bear to country musician Waylon Jennings, who in turn gave it to a friend of his who lived in Las Vegas, one Ron Thompson- a man who was known for helping the wealthy have a “good time” while in Sin City. Thompson, who funny enough is rumoured to have been an associate of Andrew Thornton during his drug running days, then put the bear on display in his giant mansion until 2009 when he passed away.

Yes, even in death, Cocaine Bear knew how to party, spending about a decade living in an obscenely large Vegas mansion owned by a man who made a living satisfying the vices of the rich and famous who came to town, because that’s just how Cocaine Bear rolled.

Cocaine Bear’s story doesn’t end here though. After Thompson died, he, along with most of Thompson’s other possessions, went up for auction.

So who bought Cocaine Bear?

According to a manifest from the auction house, an elderly Chinese man purchased him for the princely sum of $200. This man, Zhu T’ang, then put the bear on display in his traditional Chinese medicine shop after his wife intimated she wasn’t a fan of his latest purchase. To quote her, “I wouldn’t have it. It scared me. I made him take it to the store.”

According to T’ang’s wife, her husband was always buying random stuff she didn’t like, but he had a particular fondness for the bear. On that note, after T’ang passed away in 2012, despite selling off his business, she kept the bear for reasons not publicly known.

However, after representatives of Kentucky for Kentucky managed to track the bear down and informed her of its storied history and place amongst the pantheon of Kentucky folk heroes, Mrs T’ang told them they could have the animal for the cost of shipping, as she at that point simply wanted it out of her house. They accepted, putting an end to Cocaine Bear’s adventures.

Today, Cocaine Bear is the chief attraction in Kentucky for Kentucky’s Fun Mall and can be found wearing a fetching trucker cap and a small sign around his neck featuring a brief recap of his story, as well as a stark warning:

Don’t do drugs or you’ll end up dead (and maybe stuffed) like poor Cocaine Bear.