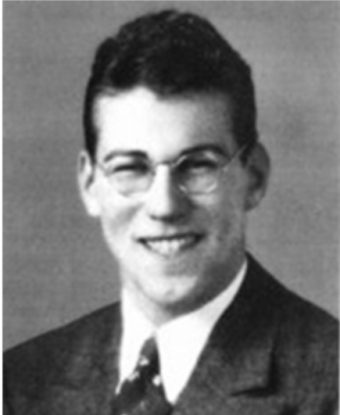 On the morning of July 7, 1944, Captain Ben L. Salomon of the U.S. Army’s 105th Infantry, commissioned as a dentist, single-handedly held off a fierce attack of an overwhelming force of Japanese soldiers in order to allow sufficient time for approximately 30 of his comrades to safely retreat. After 15 hours of terrible fighting, when relief finally arrived, Salomon was found dead upon a machine gun, riddled with bullet and bayonet holes and surrounded by 98 dead enemy soldiers; and yet despite his selfless heroism, it still took 57 years for Salomon to receive the Medal of Honor – due to a misread of the rules of war.

Salomon was born on September 1, 1914 in Milwaukee, Wisconsin. An Eagle Scout who eventually attended Marquette University, Salomon transferred to the University of Southern California where he attained first an undergraduate degree, and then a dental degree in 1937.

Not yet 30 and practicing dentistry in Los Angeles at the start of World War II, in 1940 he was drafted into the 27th Infantry Division as a private. A gifted warrior and marksman, he qualified as an expert with both rifle and pistol, was deemed by his C.O. as his regiment’s “best all around soldier,” and within a year had been promoted to Sergeant and was leading a machine gun section.

The Army finally realized Salomon’s unique skills and training could be put to good use elsewhere and offered him a commission in the Dental Corps (yes, that’s a thing); Salomon declined, so the Army made it an order, and he was commissioned as a lieutenant in the 105th Infantry Division in August 1942.

A natural leader and teacher, given his gifts as a warrior, when Salomon wasn’t treating his dental patients, he helped instruct the rest of the infantry. His commanding officer was so impressed, he considered Salomon “the best instructor we ever had,” and Salomon was again promoted, to captain, within the year.

In June 1944, the 105th had arrived in Saipan in the Marianas Islands, and on July 7, 1944, near the village of Tanapag, Salomon found himself on a beach position, manning a field hospital just 50 yards behind the forward foxhole and just 30 yards from the shoreline. Taking over for the unit’s wounded surgeon, Salomon was working diligently in the medical tent on the most seriously wounded when at approximately 5 a.m., all hell broke loose outside.

Before this day, the Americans had had a series of successes over enemy forces, killing nearly 30,000 by July 7th. Desperate and proud, the Japanese commander, General Saito, ordered all remaining troops, estimated to be between 3,000 and 5,000, to “advance to attack the American forces and . . . die an honorable death. Each man will kill ten Americans.”

Complying, the Japanese soldiers advanced steadily, seemingly heedless of death as they fought for their country. In the tent tending to the wounded, Salomon saw an enemy soldier emerge from the brush and bayonet some of the wounded soldiers lying just outside; enraged and well-trained, Salomon shot the soldier with a nearby rifle, and then returned to his patient – but not for long.

By this time the front line established by the Americans’ 1st and 2nd Battalions had become fatally porous, with two more enemy soldiers charging through the tent’s entrance. Salomon first clubbed them both to stop them, then shot one and bayonetted the other. As four more began to crawl under the tent sides, Salomon stopped each with a different method – shooting one, knifing another, killing a third with a bayonet and head-butting the fourth.

Salomon knew the position could not be held and observed those fighting in the perimeter retreating to Tanapag. To facilitate evacuation of the wounded, Salomon ordered the medics to assist in their retreat, with Salomon remaining behind to cover the withdrawal.

Ultimately Salomon took up control of a machine gun and, in total, killed 98 enemy soldiers during the melee, proving once again that nobody knows how to dish out pain and suffering like a dentist.

Moreover an autopsy later showed that during a large part of this fighting, he had been fatally wounded, having been shot and bayonetted 24 times before death (76 times total!); and in fact, analysis of the blood trail he left behind showed that he had moved the machine gun four times, and continued fighting, all while fatally wounded.

So, given all of this, it would appear that Salomon was a no-brainer for the Medal of Honor, right? Not so, said the Army general in charge.

Apparently, the Geneva Convention had a rule against medical officers bearing arms against the enemy, and, at least according to General George W. Griner in 1945, Salomon had violated this rule, and, therefore, could not receive the award.

Appalled, the 27th Division’s historian, Captain Edmund G. Love, began a more than 50-year quest to right this wrong – and he began by properly analyzing the Geneva Convention rule, as well as the facts of the situation.

The rule actually provided that medical personnel couldn’t use weapons “for offensive purposes,” but they could for self-defense – which is what Salomon had done. However, by the time Love’s second submission for a Medal of Honor was made, the time limit for submitting such requests for World War II had expired.

Undeterred, Salomon’s supporters continued, and a third recommendation was submitted by General Hal B. Jennings, then the Surgeon General of the Army, in 1969, but for some reason, this submission was returned without action.

Finally, in 1998, Dr. Robert West of the University of Southern California’s dental school got Congressmen Brad Sherman involved, and on May 1, 2002, President George W. Bush presented the Medal of Honor to Salomon via Dr. West. Today the award is on display at USC.