December 3, 2016 Dusti Leave a comment
This is a weekly wrap of our popular Daily Knowledge Newsletter. You can get that newsletter for free here. 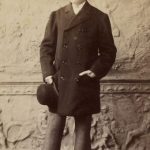 A Cow on a Yacht – The Fascinating Life of Gordon Bennett Jr.

As the old adage goes, money doesn’t buy happiness, but it sure takes the sting out of being poor. Gordon Bennett Jr. was a man for whom money meant nothing- he spent money with such impunity that across the pond in England his name has since become synonymous with astonishment and surprise. The son of famed newspaper magnate James Gordon Bennett Sr., James Gordon Bennett Jr. (or Gordon as he preferred to be known to differentiate himself from his father) was born with a shiny new silver spoon in his mouth in 1841. Educated mostly in France, Bennett arrived in New York at the age of 16 in the only manner befitting a young man of his station- aboard a giant 77 ton yacht his father bought him called…(more) 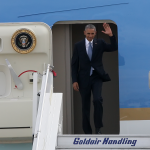 An armed insurrectionist, teamster with (perhaps) ties to the mafia, socialite turned terrorist, presidential sibling and even a former President of the United States have all received either a presidential pardon or commutation of their sentence. A tradition far older than any modern republic, with various emperors and monarchs having similar power seemingly as long as there have been emperors and monarchs, the power of the United States President to grant clemency traces its more direct lineage to a time when the Anglo-Saxons ruled England. Originally residing with the king, the first written record of such pardoning power among these Anglo-Saxon rulers is found in Section 6 of the king’s statutes, during the reign of King Ine (668-725 AD), where it identified that the king had the power to either…(more) 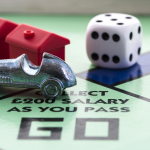 In 1933 at the height of the Great Depression, a down-on-his luck Charles Darrow invented the still-extremely popular board game Monopoly, making the impoverished man a millionaire seemingly overnight- a personification of the American Dream. Never able to fully explain how he came up with the concept, Darrow once described his invention as “totally unexpected” and a “freak” of nature. Over the last eight decades, the game has entertained hundreds of millions of people and made Darrow an exceptionally wealthy man in his lifetime, with his name forever etched in gaming lore. However, this Monopoly origin story should not pass “Go” and should not collect two hundred dollars. In other words, while still often repeated today, it’s false. The true inventor of Monopoly was a turn-of-the-century feminist and left-wing activist…(more) 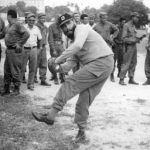 There’s a long history of rulers bragging about their athletic talents. Ancient Egyptian kings sometimes used sporting prowess to show off masculinity and inspire fear. The Roman Emperor Commodus liked to step into the gladiator ring, often asking for already wounded or weakened opponents so he could look superior. (Yes, he was the partial inspiration for the movie Gladiator. Also like in the movie, his sister attempted to have him overthrown after he went off his rocker a bit.) In the 16th century, King Henry VIII jousted to show off to a woman; it also nearly killed him. Even in modern times, Kim Jong-il (real name Yuri Irsenovich Kim) insisted that he had 11 hole-in-ones in a single round of golf and Vladimir Putin intimidates with a judo black belt  (not to mention the whole-shirtless-on-horseback thing). Cuba’s Fidel Castro was no different. For years, there’s been a legend that…(more) 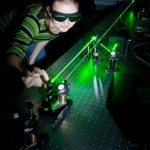 How Lasers Work and Who Invented Them

On May 16, 1960, Theodore Maiman shined a high-powered light at a ruby partially coated with silver and the result was the world’s first laser. This groundbreaking device, however, was not created by a single genius in isolation. Rather, it was the result of many brilliant minds sharing ideas . . . at least until it was time to divvy up the profits. Early History On the Shoulders of a Giant: the phenomenon of energy emission. As described by others: “If an atom is in an excited state, it may spontaneously decay into a lower energy level after some time, releasing energy in the form of a photon, which is emitted in a random direction. This process is called…(more) 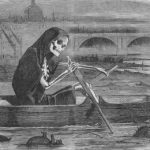 According to the only book I currently have on my desk, everyone poops and that’s okay. What’s less okay though is when there’s nowhere for that poop to go- something people in Victorian era London found out first hand when all of the sewage they’d pumped into the Thames dried up and caused a stench that spurred London’s City Press to note- “Gentility of speech is at an end—it stinks, and whoso once inhales the stink can never forget it and can count himself lucky if he lives to remember it.” To begin with, let’s talk a little about the Thames, or more specifically, all of the stuff Victorian Londoners dumped into it. While the tons of raw, unfiltered sewage was probably the most noticeable thing being pumped into the river, the Thames was also where waste water from breweries and paper mills, refuse from slaughterhouses, and tons of ordinary household waste…(more) 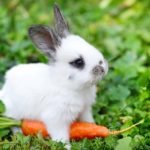 Rabbits and hares are often confused for one another, so much so that to many the two names are interchangeable in casual conversation. When you learn that jackrabbits are actually a type of hare, and that there’s a breed of rabbit called the Belgian hare, it’s not difficult to see how this can be confusing. However, rabbits and hares are quite different, so much so that they don’t breed with one another in their natural habitats. From the moment they are born, rabbits and hares are easily distinguished. Baby rabbits, called kittens, are born blind and furless. They are unable to move around much on their own as they are as weak as, well, a newborn kitten. Baby hares, called leverets, have the upper hand. They are born…(more) 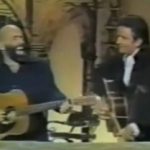 The song was originally inspired by a friend of Silverstein’s, Jean Shepherd (noted writer, actor, radio personality, and humorist, who, among other things, co-wrote and narrated the holiday classic The Christmas Story film, partially based on his childhood).  Jean had often been teased and picked on as a child for his somewhat effeminate name and was quoted as saying  because of it, “I fist-fought my way through every grade in school.” As to why Silverstein picked “Sue”, it is thought that it was after famed attorney Sue Hicks (named after Hicks’ mother who died from complications due to child birth a few days after giving birth to Hicks). Hicks is most famous for his part in the 1925 Scopes Trial…(more)