The Nazis, Hitler, the Internet, and Godwin’s Law 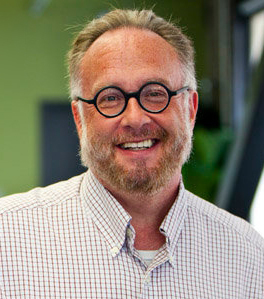 “As an online discussion grows longer, the probability of a comparison involving Nazis or Hitler approaches one.” – Mike Godwin

Coined in 1990 by author and attorney Mike Godwin, Godwin’s Law was originally, to quote Godwin “a project in memetic engineering”, partially inspired by a 1980s article he read in Whole Earth Review in which they discuss the power of memes to spread ideas.

(And if you’re wondering, the word meme was originally coined in 1976 by biologist Richard Dawkins to describe the way ideas and values propagate in a similar manner to genes and, in some cases, viruses. For more on this see: Where the Word Meme Comes From)

Godwin noted that “Through most of the 1980s, I’d been a hobbyist using computer ‘bulletin-board systems’ that connected small local communities by telephone lines. I couldn’t help but notice how often comparisons to Hitler or Nazis came up in heated exchanges, usually as a kind of rhetorical hammer to express rage or contempt for one’s opponent. Once I was back in school to study law, I leveraged my student status to get a free Internet-based computer account. With access to the global Internet came still more hyperbolic Hitler and Nazi comparisons.”

These sorts of flippant comparisons to Hitler, Nazism and the Holocaust troubled Godwin, particularly after reading Surviving in Auschwitz, by Primo Levi. He noted of the work, “I had… seen many of the photos of the death camps, with their emaciated bodies stacked like cordwood and the haunted, piercing eyes of the skeletal inmates who survived. But Levi’s writings brought the experience home to me—they helped me understand better what the experience must have been like for prisoners.”

Thus, he “half-seriously and half-whimsically” decided to create a counter meme to combat the Hitler-meme tendency. Essentially, he “wanted to hint that most people who brought Nazis into a debate about, say, New York Gov. Andrew Cuomo’s views on gun control weren’t being thoughtful and independent. Instead, they were acting just as predictably, and unconsciously, as a log rolling down a hill.”

The solution to the problem, he thought, was “to build a counter-meme designed to make discussion participants see how they are acting as vectors to a particularly silly and offensive meme…and perhaps to curtail the glib Nazi comparisons.”

The result of all this contemplation was the following “law”:

As a Usenet discussion grows longer, the probability of a comparison involving Nazis or Hitler approaches one.

To give his new meme that all important air of authority, Godwin dubbed it Godwin’s Law of Nazi Analogies, before posting it in any online discussions he came across that invoked Hitler or the Nazis. It wasn’t long before other users were citing his law as well, and the meme spread from there.

So the idea spread, but did it actually change anything? While hard data is not available one way or the other on the frequency of Hitler citing in early online discussions pre and post Godwin’s Law, in a 1994 article about his experiment, Godwin noted that, at least in his opinion, following the introduction of his law instances of Hitler comparisons seemed to have noticeably dropped on the discussion boards he frequented. Thus, he considered it a success.

All this said, while today Godwin’s law is often invoked in support of the notion that as soon as one makes such a Nazi comparison in a debate, said individual has officially lost the argument, Godwin himself doesn’t hold to this. He notes that, in his opinion, it’s perfectly fine to compare some viewpoint to Hitler and the Nazis, particularly when discussing political ideologies, provided it’s done in a thoughtful, intelligent manner, unlike the flippant, irrational comparisons that are far more common. He stated of this, “The best way to prevent future holocausts, I believe, is not to forbear from Holocaust comparisons; instead, it’s to make sure that those comparisons are meaningful and substantive.”

It should also be noted here that Godwin was not the first to lament Hitler and the Nazis being invoked in attempts to disprove someone’s viewpoint or position.  In 1951, a mere six years after Hitler’s death, the phenomenon of “Reductio ad Hitlerum” was given a name by German philosopher Leo Strauss. He described this in Natural Right and History,

In following this movement towards its end we shall inevitably reach a point beyond which the scene is darkened by the shadow of Hitler. Unfortunately, it does not go without saying that in our examination we must avoid the fallacy that in the last decades has frequently been used as a substitute for the reductio ad absurdum: the reductio ad Hitlerum. A view is not refuted by the fact that it happens to have been shared by Hitler.