November 13, 2016 Dusti
This is a weekly wrap of our popular Daily Knowledge Newsletter. You can get that newsletter for free here. 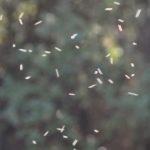 A common sight in the spring and summer, the seemingly unprofitable and pointless habit of gnats to hover in a cloud is, in fact, the single most productive thing they’ll ever do with their short lives. Although there are a wide variety of non-biting, but eminently annoying, gnats and midges, their lifecycles are all pretty similar. Each begins as an egg, and, with some species, they lay thousands at a time. When they hatch (after a period of no more than a week), each enters a larval stage (lasting anywhere from 10 days to 7 weeks), followed by a pupae stage that lasts another 3 to 20 days, and then each emerges as an adult. And this is…(more) 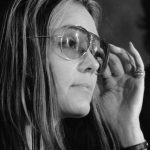 What Mrs. is Short For

You may have wondered, if you’ve ever thought about it, why there is an “r” in “Mrs.” when it’s generally spoken as “missus” (also sometimes spelled “missis”). “Mrs.” first popped up as an abbreviation for “mistress” in the late 16th century. At the time, “mistress” didn’t popularly have the negative connotation it often does today, namely referring to a woman other than a man’s wife who he has an affair with. Instead, back then “mistress”, deriving from the Old French “maistresse” (female master), was just the feminine form of “mister/master”. “Mistress” itself first popped up in English around the 14th century, originally meaning “female teacher, governess”. By the 16th century “mistress” referred to any woman, with neither “mistress” nor “mister” referencing one’s marital status. It wasn’t until around..(more) 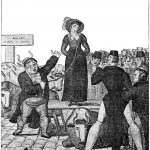 Let’s say you’re an 18th-century British peasant, and you and your wife just aren’t getting along anymore. What do you do? Divorce her? Too expensive. Kill her? Too risky. Oh, well, looks like you’ll have to auction her off. Welcome to the wacky world of wife selling! (HARDY HAR-HAR) Hands up all of you who’ve read Thomas Hardy’s classic of 19th-century British misery, The Mayor of Casterbridge. You know, the one where everybody dies and life is shown to be a pointless parade of squalor, pain, and death? You haven’t gotten around to reading it yet? Well, it’s worth filling you in on a key plot point, namely, that the main character, Michael Henchard, sells his long-suffering wife at a public auction. Surely not, you cry! Not in civilized old England. Thomas Hardy must have…(more) 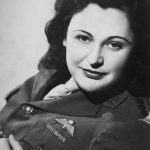 The “White Mouse” Who Became Australia’s Most Decorated WWll Servicewoman

Despite her future successes, Nancy Wake had humble beginnings. She was born in Wellington, New Zealand in 1912, but her family moved to Sydney, Australia when she was almost two and she grew up there. A Maori midwife delivered her and, at the time of her birth, allegedly pointed at a fold of skin on her head and said, “’This is what we call a kahu, and it means your baby will always be lucky. Wherever she goes, whatever she does, the gods will look after her.” Her childhood didn’t appear to be very lucky. When she was four, just a few short years after the move to Sydney, her father left on a trip to the United States and never returned. This left her frazzled mother to look after six children, of whom Wake was the youngest. She was constantly butting heads with her mother and, at the age of sixteen, she left home to work as a nurse. She might have continued…(more) 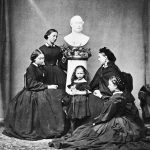 Funeral rituals have been practiced since long before the dawn of civilization. For instance, Neanderthals are known to have intentionally buried their dead as far back as around 130,000 years ago. (And if you’re wondering, see What Ever Happened to the Neanderthals?). As for humans, we’ve been burying each other for around the last 100,000 years. Wearing special clothing to mark the funeral event and the period of mourning afterward, however, seems to be a much more recent (although still ancient) tradition. One of the oldest references to such appears in the Bible in the form of Jacob wearing sackcloth, an uncomfortable and plain-looking fabric made from coarse goat…(more) 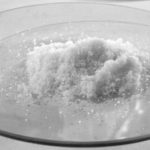 What Are Smelling Salts?

Smelling salts have been used for everything, from reviving those who have fainted to athletes needing a chemically-induced “wake up.” But what are smelling salts? Are they actually an effective medical treatment? How do they work? Are they toxic and dangerous?Smelling salts aren’t what most people think of as “salt”; there isn’t sodium in smelling salts. The main and most active ingredient is ammonium carbonate ((NH4)2CO3H2O), a solid chemical compound that, when mixed with water (H2O), releases ammonia gas. Ammonium carbonate also goes by “baker’s ammonia,” due to the fact that it was used as a leavening agent prior to the popularity of baking soda or powder in the early to mid-19th century. In fact, baker’s ammonia is still used in a few traditional Scandinavian Christmas time recipes like Speculoos (spiced shortbread biscuit) and Lebkuchen (similar to a gingerbread cookie). Often, another main ingredient….(more) 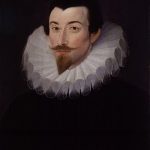 The term is thought to derive from Sir John Harrington or, at the least, to have been popularized due to Harrington. (There are a few references of the toilet being called “Cousin John”, as well as many references to it being called “Jake” and other such generic names, before Harrington was born; but it is generally agreed that why we now call it “John” is because of Harrington and not from the old “Cousin John”). Sir John Harrington lived in the late 16th and early 17th centuries. Harrington was one of the 102 god-children of Queen Elizabeth I, known as the “Saucy Godson”, for his proclivity to write somewhat risqué poetry and other writings, which often got him banished only to be allowed to return…(more) 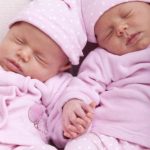 Maria Jones-Elliot of Waterford, Ireland, was just 23 weeks pregnant when she went into labour with her twins in 2012. She was understandably worried—it isn’t until 24 weeks that doctors now consider a pregnancy viable (that is, the baby could potentially live outside of the womb with a lot of medical intervention), and 40 weeks is the normal gestation period. These babies wanted out early, and doctors weren’t sure that they were going to be able to save them. When Amy was born nearly four months early on June 1, 2012, she weighed just a little over a pound. She was immediately whisked away to be put on a ventilator and incubator in the NICU, but her chances of living were quite slim. As Dr. Sam Coulter Smith, an expert in obstetrics and gynaecology, told the Irish…(more)