Why Things That Are Haphazardly Built Are Called “Jury-Rigged”

November 3, 2016 Melissa
David N. asks: Who was the Jerry in the expression Jerry-rigged? 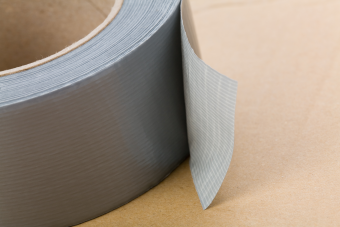 Although many describe shoddy workmanship or a hasty, temporary repair as jerry-rigged, in its original incarnation, the term was actually jury-rigged.

While jury as a noun meaning a group of peers that decide the outcome of a legal proceeding has been in use English since the early 14th century, by the early 17th century, sailors had taken to using jury as an adjective that meant temporary / hastily contrived, first referring to jury-masts.

It is unclear why, however, and unfortunately all we have are speculative hypotheses with nothing in the way of evidence backing them up. One such hypothesis is that French speaking sailors had been describing their quick repairs as ajurie, which meant help or relief, and English speakers mistakenly assumed they were saying jury. Perhaps slightly more plausible is that it was originally joury mast, meaning “day mast” (from the French “jour” meaning “a day”)- essentially a temporary mast meant to only last a short while. Yet another speculative hypothesis is that the term came about because it took a jury of sailors to put their heads together to come up with a way to create a usable make-shift mast.

Whatever the case, sailors were calling the temporary masts they rigged up to replace those lost in storms as jury-masts from at least the early 17th century, with the term first appearing in Captain John Smith’s 1616 work A Description of New-England, “We had reaccommodated her a Iury mast, and the rest, to returne for Plimouth.” He later used the term again in his The General History of Virginia, New-England, and the Summer Isles, published in 1624.

A Iury Mast, that is, when a Mast is borne by the boord, with Yards, Roofes, Trees, or what they can, spliced or fished together they make a Iury-mast.

By the middle of the 17th century, jury was being appended to a variety of other words to describe something hastily put together, as well as to give a humorous connotation, such as this from Third Advice (1667):

As for the exact expression in question, jury-rigged first appeared in 1788 in Newte’s A Tour in England & Scotland with “ships to be jury rigged; that is, to have smaller masts . . . than would be required for actual service.”

As for jerry-rigging, it may be that jury morphed into jerry via people just thinking that’s what the expression was, though this isn’t clear. Jerry-X first popped up around 1856 in the form of jerry-built, more or less meaning “built of poor quality materials.” A decade or so later, the variant jerrry-builder made its debut to describe the makers of such product.

In nearly all of these terms’ earliest usages, they were referring to poorly constructed homes or buildings. For instance, in the 1881 work Every Man his own Mechanic:”It is unfortunately too often the habit of builders—or rather jerry builders—to use the worst possible description of bricks.”

Unfortunately for connecting the dots, there was not any associated jury-built term known at this time, meaning it’s possible jerry-built rose up independently. It’s also worth noting that jerry-built and jury-rig have slightly different connotations- the former meaning something was purposefully built of poor quality materials and the latter meaning something poorly built out of necessity in a pinch.

Given the lack of a clear etymology on this, speculative origins abound. Some hypothesize jerry in this sense may have devolved from a weak and unlikable character in the play The Mayor of Garratt (1820) whom the author, Samuel Foote, named Jerry Sneak. Another hypothesis is that it’s a shortened version of “Jericho.” Perhaps the leading hypothesis is that there was some building company that included the name Jerry in their business name and did shoddy work. In this case, it’s possibly the previous similar sounding jury-x terms then inspired the ironic connection to the name Jerry in the company name. However, as with the ultimate root of “jury-mast,” these hypotheses are pure speculation with no hard evidence backing them up.