A Rose for Carl – An Amazingly Horrific Love Story 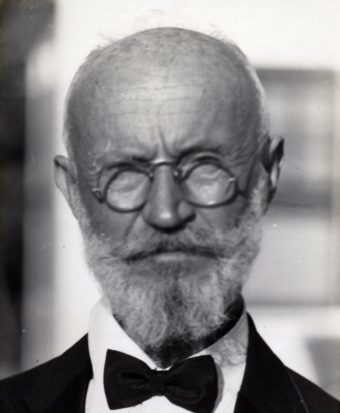 Born in Dresden, Germany in 1877, Carl Tanzler claimed to have descended from aristocratic stock. Fanciful even as a child, in later years he recounted a story of being visited in his youth by a long-dead ancestor, Countess Anna Constantina von Cosel, who gave him a vision of a beautiful, dark-haired woman whom she said was his one, true love.

As a young man he either forgot the vision, made the whole story up later in life, or decided to settle because in or about 1920 he married a different woman. Together (although in stages), they immigrated to the U.S. with their kids and settled in Zephyrhillis, Florida in 1926.

Perhaps realizing he couldn’t avoid his fate, by 1927, Carl had left Zephyrhillis (though they didn’t divorce), changed his name to Carl von Cosel and made a new home in Key West, Florida, where he found work as an x-ray technician at the U.S. Marine Hospital.

A few years later, in 1930, a young, beautiful dark-haired woman went to the hospital for treatment of a lung condition that was eventually diagnosed as tuberculosis. As x-rays were required, Maria Elena Milagro de Hoyos, known as Helen, ran into Carl who was awestruck – he claimed to have instantly recognized her as the woman of his childhood dream. 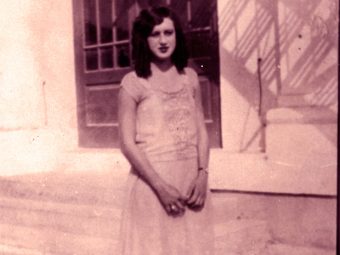 Although it’s not clear if Carl ever told Helen about his supernatural vision, he was soon professing his love for the young woman and showering her with jewelry and clothing. And, as she continued to decline due to her illness, when he offered to make house calls to treat her, the help was eagerly accepted. More enthusiastic than educated, however, Carl’s “remedies” were little more than additional x-rays and strange concoctions.

Despite his and the actual doctors’ best efforts, Helen died on October 25, 1931. Carl’s offer to pay for her funeral was gratefully accepted by her family, and rather than settling for a simple grave, he had a sizeable mausoleum built. In gratitude, Helen’s mother gave Carl some of Helen’s hair as a memento – a decision the family later regretted. 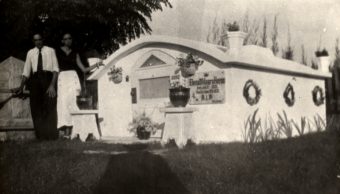 Visiting her crypt in Key West Cemetery nearly every night for the next year and a half, Carl later claimed that Helen’s spirit visited him and asked him to get her out of the tomb. Obliging, in April 1933 he crept into the cemetery (presumably after dark) with a small wagon and secretly removed her body and took her back to his home.

With the passage of so much time, Dead-Helen must have been quite a sight. To reverse the effects of time (and decay), Carl employed a number of techniques, including re-attaching her bones with wire and coat hangers and filling her now deflated torso with rags to get her back to the right proportions. Over these structural supports, Carl made a kind of skin out of silk, wax and plaster of Paris, put glass eyes in her sockets and fashioned a wig for her from the hair her mother had given him. Carl then dressed her in style, including jewelry, stockings and gloves.

To prevent any further decay and disguise the smell, Carl also employed a fair bit of preservatives as well as disinfectants and perfumes. 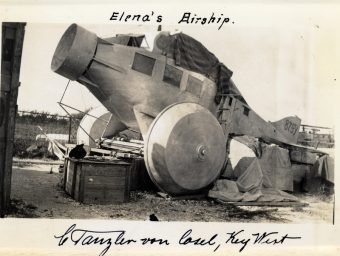 Not content to only be with Dead-Helen, Carl also hatched a plan to create a plane to carry her body, as he put it, “high into the stratosphere, so that radiation from outer space could penetrate Elena’s tissues and restore life to her somnolent form.”

Seven years later, Dead-Helen’s sister, Florinda, after hearing some strange rumors of Carl’s extracurricular activities, including someone spotting through a window Carl dancing with a life-sized “doll”, arrived at his home, demanding to see the doll. What she discovered was that it was no effigy of her sister at all, but the carefully preserved remains of Helen. The authorities were immediately notified and Carl was arrested, but as the statute of limitations for grave robbing had already ran, the charges were dropped.

Later investigations revealed a bit of Carl and Dead-Helen’s “life” together, which included dancing and spending each night lying in bed together. It’s not clear if Carl engaged in necrophilia; while some researchers claim that a paper tube had been inserted in Dead-Helen’s vaginal cavity, others claim that as this “evidence” was only revealed in 1972, it was not credible. Even if true, this also doesn’t say one way or the other whether he had intercourse with the corpse- a paper-tube being presumably… uncomfortable… 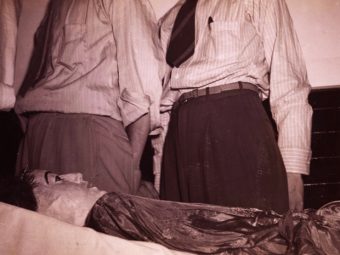 Moving on, as if Carl’s desecration of Helen’s corpse wasn’t enough, after the authorities were finished with the body, Dead-Helen was put on public display in a local funeral home – where more than 6,000 people came to gape at her. She was finally laid to rest in 1940 in a secret location and an unmarked grave.

Carl was able to keep a death mask he had made of Helen (or Dead-Helen, it’s not clear) and he attached this to a life-sized sculpture he had fashioned in her image. He returned to Zephyrhillis where his wife (they had never divorced) apparently helped to support him, although they lived separately. His autobiography, Fantastic Adventures, was published in 1947, and he became a U.S. citizen in 1950.

Dying at home in 1952, Carl was supposedly found with his arms wrapped around a Helen doppelganger. However, the accuracy of this report isn’t clear and accounts from otherwise reputable sources further differ as to whether this was the death-mask-sculpture Helen or if it was actually Dead-Helen, whom he had secretly re-acquired somehow.