September 11, 2016 Dusti
This is a weekly wrap of our popular Daily Knowledge Newsletter. You can get that newsletter for free here. 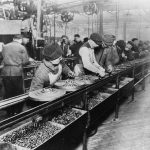 How the Five Day Work Week Became Popular
On September 25, 1926, the Ford Motor Company instituted a five-day, 40-hour work week for its factory employees. While Ford wasn’t the first to do this, they were arguably one of the most influential.This action, at least initially, did not win Ford many friends among his fellow business owners, some of whom believed giving the working man any time off just encouraged them to indulge in drink even more than they already did. (To be fair, that was a real problem around this era. It was not from nothing that excessive drink was blamed for many of society’s woes at the time, ultimately inspiring Prohibition, which even a very large percentage of said drinkers supported in the beginning. But, of course, if you had to work 14-16 hour days, 6 days per week from your very early teen…(more) 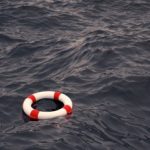 In 1923, a senior radio officer, Frederick Stanley Mockford, in Croydon Airport in London, England was asked to think of one word that would be easy to understand for all pilots and ground staff in the event of an emergency. The problem had arisen as voice radio communication slowly became more common, so an equivalent to the Morse code SOS distress signal was needed. Obviously a word like “help” wasn’t a good choice for English speakers because it could be used in normal conversations where no one was in distress. At the time Mockford was considering the request, much of the traffic he was dealing with was between Croydon and Le Bourget Airport in Paris, France. With both the French and English languages in mind, he came up with the somewhat unique word “Mayday”, the anglicized spelling of the French pronunciation of the word “m’aider” which means “help me”…(more) 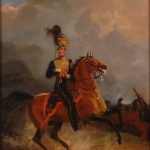 Lord Paget and His Leg

We British are a famously stoic people and notable figures from our history are often portrayed as being impossibly composed- facing unthinkable hardship and turmoil with a quiet, reserved dignity. Perhaps no man in history has ever typified this stereotype better than Henry Paget, a man who by all accounts reacted to his leg being blown off and then amputated (without the benefit of an anaesthetic) like he was patiently waiting for water to boil so he could pour a good cuppa. Known variously as the 1st Marquess of Anglesey, the Earl of Uxbridge or more simply, Lord Paget, Henry Paget is an almost mythical figure in British military history, famed for his unflappable demeanour and fearlessness in battle during the Napoleonic Wars. Prior to the war, he famously courted (and eloped and subsequently had ten children with) the wife of the Duke of Wellington’s brother while the pair were both still married…(more) 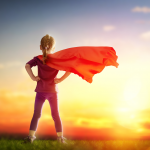 While there have been many fantastical proposed origins of this seemingly odd modish style amongst comic artists -my favorite of which being that most superheroes lost their parents at an early age, so they had no one to tell them underwear goes UNDER your clothes -the true origin is pretty simple. According to Julius Schwartz (famed editor of DC Comics from 1944-1986 who edited the most famous of all external-underwear superheroes, Superman), this was simply modeled after the garb of aerial circus performers and wrestlers of the era in which the first superheroes proudly donned their underpants over their tights. Now, it should be noted here that the wrestlers, circus performers, and superheroes weren’t actually wearing underwear, but rather tight underwear-like shorts over their leggings. As superheroes are generally incredibly gifted athletically and perform amazing acrobatic stunts while crime fighting, it was natural enough for this style of dress to get adopted by the earliest superhero artists…(more) 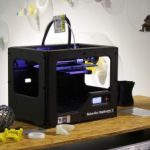 Originally built on the same technology as an ink jet printer, the basic process behind 3D printing is so easy to understand, replicate and implement, today it is used to manufacture everything from toys to body parts. Multiple Layers, Fundamentally, 3D printing involves building an object by putting down successive layers of materials, such as powders, liquids, plastics, metals and ceramics and making them adhere to each other. This form of additive manufacturing starts by creating a three-dimensional model using computer-aided design (CAD). Following the Pattern…(more) 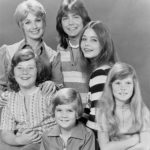 The Only Mother and Son to Have #1 Records 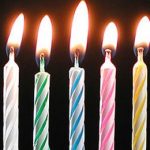 There is nothing more humorous then seeing a person become woozy and light-headed at a feeble attempt to blow out candles that fight back! Candles themselves work on a fairly simple and ingenious principle. The three elements to sustain fire are concealed in one convenient package. The fuel itself is the container made of wax. The catalyst that heats up the fuel is the wick. Once lit, the wax that is surrounding the flame melts and is drawn into, and up the super absorbent wick. The closer the wax gets to the flame, the hotter it becomes. By the time it reaches the flame, it is hot enough that the wax vaporizes and it is the wax vapor that burns. The oxygen it needs is ever present in the air at approximately 21%. There are several types of waxes used to make different types of candles. The most popular are; Paraffin, Beeswax, Tallow, Bayberry, and Soy. Because it is a byproduct of crude oil and can be manufactured…(more) 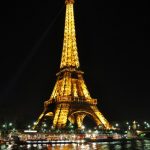 It was in May of 1925 when Victor Lustig first conceived the scheme that would make him a legend. With documents and letterheads proclaiming him the Deputy Director of the Ministere de Postes et Telegraphes (the Ministry of Postal Services and Telecommunications), Lustig had sent out notes to prominent Paris scrap metal businesses urgently asking them to meet him at the Hotel de Crillon. Six dealers came, curious what the French government wanted with them. After an expensive meal and plenty of wine, Lustig declared, in his typical charismatic fashion, that the city of Paris was going to knock down the Eiffel Tower and sell it for scrap metal. This was a huge secret and the public could not know at this point, of course, but he wanted the scrap metal businesses to bid against one another to see who would get this extremely valuable government contract. Negotiations began in earnest with Andre Poisson winning the bid for seventy thousand dollars (about a million dollars today). It was a lot of money, but to Poisson, who was new in town and wanted to establish a reputation…(more) 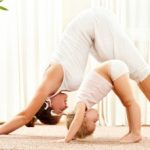 Although yoga is something of a recent fad in the West, you’re probably aware that this system of gentle exercise and meditation has very ancient roots. What you might not know is just how ancient some aspects of yoga are, or how much yoga has changed on down through the millennia, with some of the most significant changes coming in just the last few hundred years. It’s a fascinating tale stretching through most of human history, with many twists and turns. No one knows exactly when something like yoga was first practiced. Some believe that it has its roots in the Stone Age, drawing comparisons to similar practices of the time that sought to bring harmony to the communities of our ancient ancestors. There is no conclusive proof of this, however. The earliest confirmed evidence of something like yoga dates back over five thousand years, to the third millennium BC. Stone carvings from that era, depicting meditative poses similar to those…(more)