July 17, 2016 Dusti
This is a weekly wrap of our popular Daily Knowledge Newsletter. You can get that newsletter for free here. 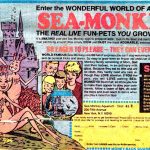 The product of a collaboration between a marketer and inventor and a marine biologist, Sea-Monkeys are a hybrid of several species of brine shrimp (Artemia), bred to have a particularly long dormant period, as well as to foster a large swarm. Brine shrimp have existed in much the same state for many millions of years. Found across the globe in saltwater lakes (but not oceans), they prefer habitats of high salinity in order to protect them from predators. As saltwater lakes tend to dry up from time-to-time, brine shrimp have adapted a technique of going into a kind of hibernation, called anhydrobiosis, where the creature’s metabolic…(more) 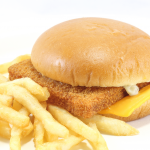 The Filet-O-Fish is one of the more curious items on the McDonald’s menu in that it receives virtually no advertising whatsoever, yet still continues to be sold by the chain despite the fact that it seems like nobody ever orders one and it’s been a problem item for years for the company due to difficulty in finding a sustainable, tasty source of fish meat at the volume the behemoth needs, as well as the fact that it requires a separate fryer to cook in than their other items. As it turns out, they keep it around because the Filet-O-Fish is actually intended to be eaten by a very specific kind of customer- people who abstain from eating non-seafood meat for religious reasons. According to McDonald’s executives, approximately 23% of the Filet-O-Fish sandwiches sold…(more) 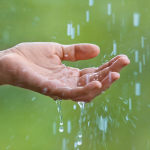 At only about half as wide in diameter as a U.S. penny, the largest raindrops ever recorded, between 8.8 mm and 1 cm, were observed by scientists in the clouds above Brazil (1995) and the Marshall Islands (1999). It is unknown, however, if these bad boys ever reached the ground at that size. So why can’t raindrops grow to arbitrarily large sizes? To begin with, let’s talk a little about how raindrops actually form. Raindrops are more than just water; the vapor in a cloud has to have something to condense around, without which there would be no rain. Called condensation nuclei, little particles in the air, from dust, smoke or even salt, sit at the center of the tiny droplets that begin to form in a cloud…(more) 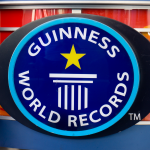 According to Guinness World Records, the de-facto authority on world record breaking, this is one of the most common questions they’re asked alongside “What record is broken the most often?” (the heaviest object lifted with glue according to them) and “Who holds the most Guinness World Records record titles?” (Ashrita Furman with 125 records at last count). Since we’ve also gotten this question a few times from readers over the years, we figured it’s high time we looked into the answer. In regards to records involving comically giant food, as of 2011, Guinness has a policy in place that all giant food or records involving large amounts of food, such as most pizzas made in 24 hours (7,539 by a team of Domino’s employees in Queensland in 2012), must be either donated, consumed or sold for consumption for the record to be recognised as official. This stipulation was put in place for a number of reasons, but was mostly added to prevent such…(more) 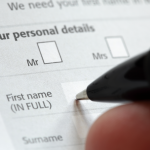 Mononymous people, or people with a singular given name, were once the norm throughout much of the world, but are rare in modern times, particularly in the West. As such, most of our infrastructure is built to accommodate people with at least two names- invariably a first name and a surname with the occasional embarrassingly antiquated middle name in homage to some ancestor or other for good measure. Given this, what difficulties do people with only a singular given name face in a society so built to favour the duonymous and trinymous (which Google tells me aren’t actually words but I now officially declare such), and is there anything stopping polynymous people from having a name-change operation to become mononymous? To begin with, the idea of surnames, while popular…(more) 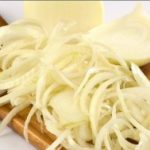 Why Onions Make Your Eyes Water

Onions, along with many other plants in the Allium species (garlic is another popular one), absorb sulfur from the soil.  When onions are chopped, it ends up breaking cells within the onion, which releases certain enzymes.  These enzymes then react with the sulfur, creating amino acid sulfoxides.  These, in turn, create the highly unstable syn-propanethial-S-oxide, which is a combination of sulfuric acid, sulfur dioxide, and hydrogen sulfide.    When this substance, in a gaseous state, comes in contact with the moisture in your eye, it triggers a burning sensation via the ciliary nerve. Tears in the eyes are regulated by the lachrymal gland, which is situated just above your eyelids.  When the brain gets a message that there is an irritant in the eye, such as the above syn-propanethial-S-oxide, which gives a burning…(more) 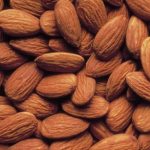 Fruits with these characteristics are called “drupes”. Specifically, a drupe is a fruit that has an outer fleshy part surrounding a shell that contains a seed. Other drupes include fruits from walnut trees and coconut trees. The seed inside the almond fruit is what is commonly referred to as an almond “nut”, even though it’s not a nut. A nut is a hard shelled fruit that has an indehiscent seed; more simply, a hard shelled fruit that doesn’t open to release its seed(s). An example of a true nut would be an acorn or chestnut. This all gives a whole new perspective to the famous Almond Joy jingle…(more) 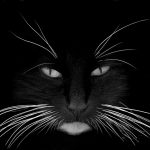 It turns out, cat’s whiskers are an essential sensory mechanism. Damage a cat’s whiskers and it will cause them not only discomfort, but also to become confused and disorientated, among other negative side effects. Whiskers themselves are nothing more than a type of thick/long hair.  The importance of whiskers lies in the fact that they are deeply rooted in follicles which are surrounded by a muscle tissue that is very rich in nerves and sensory cells. These nerve cells in the roots are then connected to a special area of the cat’s brain. While whiskers serve many functions, the main function of whiskers is to work as a type of environmental scanning system. Interestingly enough, cats don’t actually need to touch the objects with their whiskers to detect the object.  The nerves at the base of the whiskers are actually sensitive enough to be able to pick up even small air movements which vibrate the whiskers.  They are so sensitive…(more) 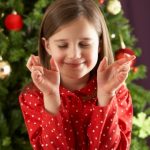 Why Do We Cross Our Fingers For Luck and When Lying?

Turns out, people have been crossing their fingers for luck for centuries. The exact origins of this practice aren’t definitively known, but historians have a couple theories as to how the modern practice came about, though there is some guesswork in this. A small number of historians believe that the practice pre-dates Christianity. Supposedly, there were people who believed in a “sacred geometry” which said that good spirits resided at the intersections of crosses. Because of this, people would make wishes by crossing their index finger with another person’s index finger, thinking that the good spirits would make their wish come true. This may or may not be the case, but as to how the modern practice was popularized, most historians support a second theory…(more)