How Do Astronauts Scratch an Itch When In Their Space Suits?

January 22, 2016 Samantha
Kalia F. asks: If an astronaut has an itch when in a space suit, like on their face, how do they itch it? 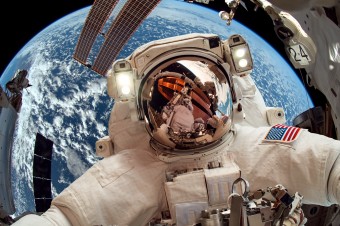 Without the use of their hands, astronauts have to rely on other means to scratch various itches. For any itch outside of the face, retired astronaut Clayton Anderson explained, “You shake, rattle and roll, baby!  That’s the only thing really that you can do to alleviate that itch. Hopefully, between the incredibly bulky and stiff suit itself and the liquid cooling garment you are wearing beneath the suit, you can wiggle your body enough to effectively scratch that itch!”

Itches on the face can be a bit more tricky, but there are things within reach. For instance, under the helmet astronauts wear what is sometimes referred to as a Snoopy Cap that is equipped with earphones and a microphone. If an itch presents itself on the lower half of the face, the microphone is one commonly used scratching post. The downfall of this method is that the action sometimes moves the microphone out of position, interfering a little with the sound quality in communications. 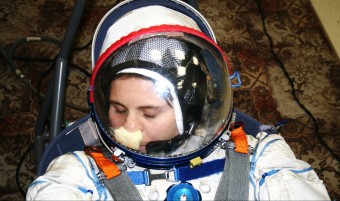 Another option astronauts use is the valsalva device, which is a foam piece attached to the bottom interior of the spacesuit helmet. The purpose of the valsalva device is to allow an astronaut to block up their nostrils and blow to equalize pressure in the ears when necessary. Beyond its intended purpose, the foam block is a handy device for scratching an itch.

Of course, you could potentially get a little snot rubbed on the itchy spot if you’ve previously used the humps on the valsalva to stopper your nose, but desperate times and all that… 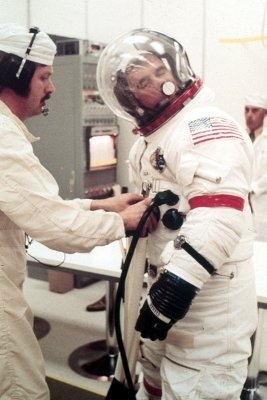 A third option to address facial itches is a strategically placed piece of Velcro. This was particularly used during the Apollo missions. (And, note, contrary to popular belief, Velcro was not invented by NASA, nor specifically for use in the space program.) The astronauts would typically place the Velcro on the little feed port flap that is held closed via the pressure in the suit when out in space. Apollo 17 astronaut Harrison Schmitt noted, “Everybody seemed to agree that you needed that [Velcro]…”

If an itch pops up where nothing sufficiently abrasive can be rubbed against it, the astronaut simply has to endure, generally using the distraction tactic until the itch fades. This is easier than in some other settings. A typical spacewalk lasts between five and eight hours and being out there working is incredibly laborious due to how stiff the space suit gets when in the near vacuum of space (even just flexing your fingers to grip things is relatively difficult). Between the straining and extreme focus needed to complete some of the tasks the astronauts are out there for, not to mention the absolutely beautiful view and the knowledge that there is very little between you and the near vacuum of space, there’s plenty to get caught up in and forget all about the itch.