From Windmills to BB Guns- The Story of Daisy 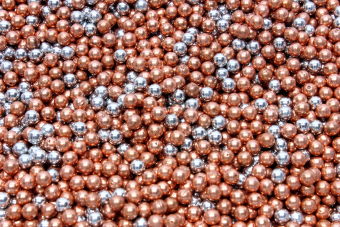 In the latter half of the 19th century, more than six million small windmills had been installed in the United States, primarily for the purpose of pumping water for both personal and farming use. In addition, larger windmills were also a common sight in rural America, as these were used to provide water for steam-powered trains where sufficient surface water wasn’t available.

Hoping to get a share of this market, in 1882, watchmaker, inventor and entrepreneur Clarence Hamilton founded the Plymouth Iron Windmill Company in Plymouth, Michigan using his vaneless windmill design as the initial product made by the company. Unfortunately for the Iron Windmill Company, by that time traditional windmills were beginning to become obsolete. The company was also struggling with transporting their very bulky product around Michigan by wagon.

By 1888, the company’s windmill sales were so poor that its board was considering shutting down the company, with the motion to keep the business going succeeding by just one vote. Something needed to change, however. This was when Hamilton approached the board with another idea. Since the company was well-equipped to mold and stamp metal parts, Hamilton suggested it begin to manufacture a new product he’d recently designed- a metal air-rifle.

You see, another company Hamilton owned at the time was the Plymouth Air Rifle Company, which sold wooden air guns.  Ever the inventor, he came up with a much more durable all-metal design, but did not have the machinery to actually manufacture it en masse. But the Plymouth Windmill Company he had previously helped found did.

According to board meeting minutes, as the prototype for this new Hamilton air rifle was passed around the board room, the company’s general manager, Lewis Cass Hough, shot a test round and exclaimed, “Boy, that’s a Daisy!” (“It’s a Daisy!” was a common colloquial phrase of the time.) The board loved the product and the name “Daisy” became the name of the air rifle.

Though I couldn’t find any actual primary documents to back this next tidbit up, according to the Daisy Museum, at first the gun was offered as a freebie promotion to farmers who purchased some of the company’s premium windmill products. When the gun began receiving rave reviews from customers who were given them, the board decided to move forward with actually selling them independent from their windmills.

By 1895, the gun’s popularity had so far outpaced the company’s windmill revenue that it finally shut down the windmill side of the business and began exclusively manufacturing air rifles. Accordingly, at this time they changed their company name from Plymouth Iron Windmill Company to the Daisy Manufacturing Company.

The Daisy company grew over the years, acquiring King Manufacturing (formerly the Markham Air Rifle Company) in 1931, and its guns’ popularity benefited in no small part from endorsements by Buck Rogers, Buck Jones, Buzz Barton and, of course, Red Ryder. And the rest, as they say, is history.

And if you’re wondering at this point why air rifles like the Daisy guns are often called “BB guns,” this had to do with the common shot size used in the earliest models.  At the time, they used so-called “BB” sized shot meant for shotgun shells, which was approximately 0.180 inches in diameter. However, Daisy soon changed the size of the shot that could work in their guns to 0.175 inches. You see, in these early models, they had issues with numerous returns on damaged air rifles due to many companies that made the shot not being very stringent on keeping with the exact 0.180 inches specification. This could (and occasionally did) damage the rifles when a mis-sized shot was fired through the gun.  By switching to a then non-standard size, this effectively made sure the quality of the BBs could be more closely controlled. Despite the change in size of the shot, the name “BB” stuck.

As to where the standard “BB” shot size nomenclature got its start, this isn’t clear.  It has been suggested that it stood for “bulleted breech,” but this is, perhaps, simply a backronym, as previous to the “BB” nomenclature popping up for the name for this size of shot, there were (and still are) many other similar size monikers used in shot manufacturer sizing tables, such as “00” for buckshot.