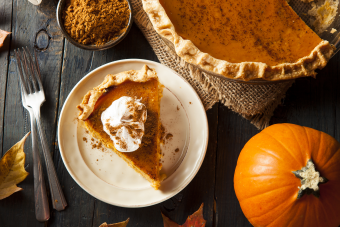 The immutable ratio of the circumference of a circle to its diameter, pi, is, and always has been, 3.1415926 . . . ad infinitum. However, in the winter of 1897, the Indiana State legislature nearly changed this mathematical constant with a civil law.

The ridiculous story starts with amateur mathematician Edward Goodwin who, in 1894, believed he had finally solved the age old mathematical problem of “squaring the circle” (i.e. find a square with the same area as a given circle using a straight edge and a compass. )

Intending to copyright his proof, Goodwin, a philanthropist, wanted to ensure that Indiana schools could use it for free in their textbooks. Somehow, he persuaded Indiana State Representative Taylor I. Record of Posey County to introduce a bill on January 18, 1897, that also stated in pertinent part:

A bill for an act introducing a new mathematical truth . . . . It has been found that a circular area is to the square on a line equal to the quadrant of the circumference . . . . The diameter employed as the linear unit according to the present rule in computing the circle’s area is entirely wrong . . . .[1]

The bill, written by Goodwin, goes on to, in the words of a well-respected mathematician at the time, Professor C.A. Waldo, give two different values for pi, neither of which is correct: “At the outset it gave 4 as the true value . . . while towards the end it gave 3.2…”

The proposed law, House Bill 246 (1897), had the support of the State Superintendent of Public Instruction and was recommended by the Education Committee on February 2, 1897.[3]

While pending in the full House, one member, a former teacher, stated: “If we pass this bill which establishes a new and correct value for pi, the author offers to our state without cost the use of his discovery and its free publication in our school text books, while everyone else must pay him a royalty.”

Unusually, the bill was read three times on the House floor (in fact they had to suspend a rule to read it the third time), but finally passed by a vote of 67-0 on February 5, 1897. Obviously, no one understood what it said.

In the Indiana Senate, the bill first was sent first to the Temperance Committee, which must have fallen off the wagon, because on February 10, 1897, that committee recommended that it be passed.[4]

Sanity finally prevailed, however, when the bill got to the Senate floor on February 12, 1897, as it was immediately met with derision – not because the Senators could tell on their own it required a modification of pi to complete the proof, but just because it involved math. On February 12, 1897, Senator Hubbel summed up the sentiment of most: “The Senate might as well try to legislate water to run up hill as to establish a mathematical truth by law.”[5]

Of course, the Senators didn’t really understand what the bill said, either. And, being a body known for its lack of propriety and propensity to “tell jokes, skylark and make noise,” the Senate proceeded to ridicule the bill for another 30 minutes, such as with this exchange:

Senator Drummond: “It may be I am densely ignorant on this question of mathematics.”

After the laughter died down, however, the bill was dropped. This was likely due, in no small part, to a remarkable coincidence that had occurred three weeks earlier.

By happenchance, when the bill was being voted on in the House, the aforementioned Professor C.A. Waldo had been at the legislature to shepherd through an appropriation bill for Indiana University and Purdue University. After the pi bill had passed the House, someone showed Professor Waldo a copy and asked if he would like to meet Goodwin. After looking over the document, Waldo declined stating “he was acquainted with as many crazy people as he cared to know.”

Waldo then began working on the Senate- in his words coaching them- so they were fully apprised of the bill’s absurdity when it arrived in that esteemed body.