The People Who Don’t Feel Pain

November 25, 2015 TheMedicineJournal.com
This is yet another great article from our friends over at The Medicine Journal.  Check out their YouTube channel here! 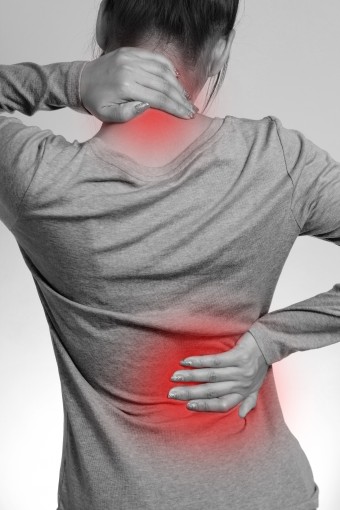 Congenital Insensitivity to Pain (CIP) is technically classified as a peripheral neuropathy- basically meaning you have damage to, or a disease affecting, your nerves.  This rare condition leaves its sufferers without the ability to feel pain.  It might seem like a blessing, going through life seemingly indifferent to all the damage our bodies take.  The reality, however, is quite different. The side effects of this condition usually leave a person with life-long, crippling problems.

Pain, in general, is a major health concern.  In the United States alone, it’s estimated that people spend around $560 billion annually trying to rid ourselves of this debilitating stimulus. Of course, pain gives us innate motivation to protect ourselves from damaging situations, while simultaneously encouraging us to avoid similar problems in the future. Furthermore, with the help of pain, we make sure to protect injured body parts while they heal.

On the other hand, infants born with CIP have been known to damage themselves unintentionally doing things like chewing their tongues, cheeks, or hands leading to countless lesions and infections. They also sometimes scratch their eyes to the point of blindness and it’s not uncommon for them to sustain severe burns while unknowingly touching hot objects, among many other such injuries.

As a person grows up with the illness, numerous orthopedic complications begin to arise such as bone deformities from untreated fractures. They also sometimes have joint problems known as a Charcot joint. This progressive degeneration of a weight bearing joint is caused by frequent bone destruction and resorption that can lead to malformations, loss of function, and sometimes amputation.

In the end, the seemingly unpleasant stimulus of pain is quite essential to life as we know it. So why can’t people with this condition feel pain?

Currently there are 3 known genes with 28 mutations that can lead to a diagnosis of CIP, all of which concern either how nerves transmit pain signals, or the total number of nerves present.

Neurons responsible for painful stimuli need voltage gated sodium channels to generate nervous impulses that can notify the brain of pain.  It’s no surprise then that the first gene to be discovered affecting CIP patients is known as SCN9A.  Mutations of this gene produce non-functioning sodium channels, so painful stimuli sensed by a nerve never reach the brain.

Another gene, SCN11A also affects sodium channels.  Instead of producing inactive sodium channels, mutations of this gene cause them to become over-active.  The result is interference with the nerve fiber’s ability to produce and send impulses to the brain.

In 2014, researchers found yet another gene associated with CIP.  Called PRDM12, it’s located on the long arm of chromosome 9.  While mutations of SCN9A and SCN11A result in nerve fibers that don’t send pain signals, mutations of PRDM12 result in no pain fibers being developed at all.

PRDM12 is like a master control gene.  Specifically known as a transcription factor, it regulates the actions of other developmental genes causing them to be either activated or deactivated.   It does this by affecting a protein called chromatin, which plays an important role in the development of nerve cells.

When researchers examined biopsies of 11 unrelated families with different PRDM12 mutations, they found several had no nerve endings whatsoever in their legs.  Some had nerve endings with half the normal number of pain sensing fibers.

For those parents who have a child affected by CIP, there is help out there.  Tara Blocker, mother of Ashlyn Blocker, a CIP patient, founded Camp Painless but Hopeful in 2011 with the goal of bringing together patients and families living with CIP and to bring awareness to the rare disease.  The camp also gives crucial resources of information by gathering parents together and sharing in their common problems and potential solutions.

So the next time you’re lying in a hospital bed lamenting that the doctor won’t prescribe you additional medication to sooth your aches and pains, take comfort that you have the ability to know you have an injury in the first place.  The alternative is not so pleasant.