This Day in History: September 24th- The Murder of Neil LaFave 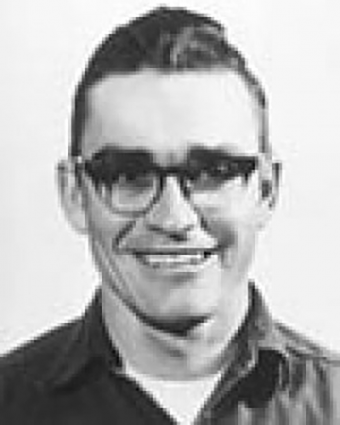 September 24, 1971 was Neil LaFave’s 32nd birthday. When he didn’t return home from work at the Sensiba Wildlife Area in Brown County, Wisconsin, his wife was understandably worried. She called the police, and they initiated a search for the missing game warden.

It was soon revealed that Neil was last seen posting signs in the preserve. The next morning, LaFave’s pickup truck was spotted in a remote, swampy area.

Nearby, Lafave’s headless body was found buried in a shallow grave. His head was also ultimately found close by with two bullet wounds from a .22 caliber gun through his forehead. The murder left his wife, Peggy, a widow and his two children, four year old Lonny and two year old Nicole, fatherless.

An investigation into Lafave’s murder was immediately launched. Detectives checked out anyone with the slightest motive to kill the young game warden. Since Lafave had the reputation for dealing harshly with poachers, everyone that had been arrested by him at the wildlife preserve was brought in for questioning. Those without iron-clad alibis were asked to take a polygraph test, despite the inherent inaccuracy of such tests.

The process took over three months, but there was one person who refused to take the test when requested – 21-year-old Brian Hussong.

Lafave had arrested Hussong for poaching on numerous occasions, the most recent for hunting pheasants out of season earlier that fall. After receiving a court order allowing them to wiretap Hussong’s phone, a call to his grandmother revealed an interesting piece of information- she told him his guns were well-hidden. This broke the case and was the first time Wisconsin’s new Electronic Surveillance Law would be used in a murder trial.

When the police searched her home, Agnes Hussong immediately turned over the hidden weapons, including a .22 caliber rifle, later determined to be the gun that killed Neil Lafave. At Brian Hussong’s trial, however, Agnes denied both the phone conversation and the encounter with the police at her home. But it didn’t matter. A ballistics report and the Michigan Voice Identification Unit provided sufficient evidence.

Brian Hussong was sentenced to life imprisonment in 1972. In August of 1981, Hussong escaped from the Fox Lake Correctional Institution. He remained holed up as a fugitive in a remote cabin for three months until he was killed in a shoot-out with law enforcement on December 10, 1981.