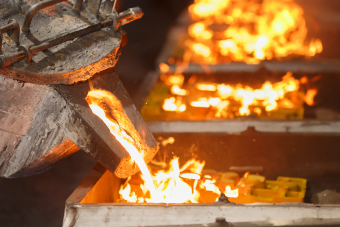 In the 2009 film, Avatar, the events of the film are set in motion by the desire to acquire a rare mineral of unfathomable value known simply as “unobtainium”. The unimaginative, seemingly lazy naming of this mysterious substance drew the ire and scorn of several critics, many of whom seemed blissfully unaware that aeronautical engineers and scientists have been talking about unobtainium since the 1950s. So what is unobtainium and who named it?

Although it isn’t clear who first coined the term “unobtainium”, the first known documented case of it appeared in the February 27, 1956 edition of the Marshall, Michigan Evening Chronicle where it stated, “The metal is so hard to come by that the scientists have devised a lugubriously-humorous name for it. They call it ‘unobtainium.'”

The next known documented instance occurred in the 1957 Ohio based newspaper, The Zanesville Signal. In it, Major General William O. Senter, the chief of procurement and production at Wright-Patterson Air Force Base, explained that the Air Force was currently looking for a virtually weightless material that was simultaneously “infinitely strong” and easy to work with. Senter went on to explain that this wonder material also needed to be able to “resist any degree of heat” while being “available at negligible cost”. The Major General then jokingly added that although the Air Force had yet to find such a substance, they did have a name for it- “unobtainium“.

Just one year later, in 1958, unobtainium was officially defined by the Interim Glossary of Aero Space Terms as a noun that refers to:

“A substance having the exact high test properties required for a piece of hardware or other item of use, but not obtainable either because it theoretically cannot exist or because technology is insufficiently advanced to produce it.”

In that glossary, and all subsequent reproductions of it, the word is listed as being “humorous or ironical”, a sort of inside-joke amongst engineers and scientists. However, just because the word is often used jokingly doesn’t mean it doesn’t have a useful place in the world of science as a shorthand way of talking about a material that possesses the exact set of properties you need for a given project, but for whatever reason you either can’t get a hold of the substance or it simply doesn’t exist yet. In the latter case, it certainly is slightly more professional sounding than using something like the word “thingy” when drawing up specs and discussing design elements.

But even when the substance already has a name and very much does exist, “unobtainium” is still sometimes used. For example, during the Cold War, titanium was sometimes referred to by U.S. engineers as unobtainium due to its various properties being perfect for many aerospace applications, but almost nobody in the States could get their hands on any real quantity of it due to the Soviet Union controlling most of the world’s supply at the time.

An example where the unobtainium simply didn’t exist yet was with the Rockwell X-30, a proposed hypersonic aircraft from the 1990s that was conceived as a “passenger space liner” capable of travelling perhaps as high as Mach 25. For much of the craft’s initial development, many engineers dismissed the possibility of such a craft existing, stating that it would need to be constructed out of unobtainium to have the necessary weight, strength, and durability requirements, while also able to survive continually oscillating between low temperatures and then being exposed to several thousand degrees Fahrenheit as it traveled at ultra high speeds. However, shortly before funding for the X-30 was cut (mostly due to budget concerns), this particular “unobtainium” was created in the form of a carbon-carbon composite covered with a silicon-carbide ceramic coating. According to an interview with Dr. Terry Ronald, the deputy director of materials for the project, this substance addressed many of the problems detractors had pointed out years prior. 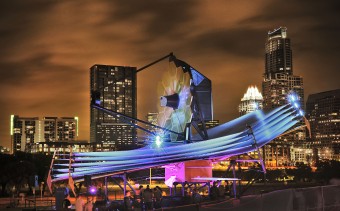 For a more contemporary example, consider the Integrated Science Instrument Module, part of the James Webb Space Telescope project due to launch in 2018 if there are no further delays. The ISIM also made use of something referred to as unobtainium, in the form of a needed material that hadn’t been invented yet when the telescope was initially being designed. NASA later described this design process as being like: “building a car chassis without a blueprint or even a list of recommended construction materials.” However, they came up with a solution in the end, creating a “never-before-manufactured composite material” capable of surviving “temperatures that plunged as low as 27 Kelvin (-411 degrees Fahrenheit), colder than the surface of Pluto.”