This Day in History: July 14th- “Born to Raise Hell” 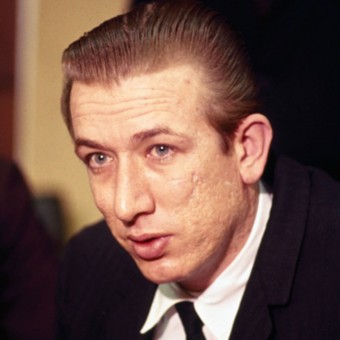 Carrying a revolver and a knife, a 24-year-old drifter named Richard Speck, who had numerous run-ins with the law to his name already despite his young age, broke into a townhouse that functioned as a girls’ dormitory on Chicago’s southeast side. Reeking of alcohol, he ordered six student nurses living in the building to lie face down on the floor. They complied with little resistance, as he had assured them he only wanted money and would do them no harm. He gagged and hog-tied them all.

Three more young women arrived home in the next hour, and Speck gagged and tied them up as well. One by one, Speck led the women away to a different room in the building, and viciously stabbed and strangled them to death. The last of his victims he also raped.

One of the nursing students, 23-year-old Corazon Amurao, was lucky enough to slip away, despite her bonds, and hide under a bed unnoticed by Speck while he was off murdering one of the other nurses. Thankfully for Amurao, Speck apparently lost count of how many women he’d tied up and left after he thought he’d killed the last of them.

The next morning, after Speck had gone, Amurao crawled out from under the bed and ultimately managed to free herself. Her account of the events provided an excellent description of the killer, right down to his “Born to Raise Hell” tattoo.

Her description of Speck was on the front page of every newspaper in the country the next day. Perhaps because of this, he attempted suicide on July 16th by slitting his wrists, but lived and was brought to Cook County hospital for treatment. His “Born to Raise Hell” tattoo observed by physicians treating him ultimately gave him away and he was arrested.

Speck, who was already wanted for questioning in connection with an attempted rape and murder from earlier that spring in Monmouth, never denied his guilt in the murders of the young nurses. But he did claim that he was so drunk and high on drugs that he had absolutely no recollection of any of the events that transpired that evening.

He was eventually found guilty and sentenced to death, but his death sentence was overturned in 1967 due to the Supreme Court ruling in the case of Furman vs. Georgia.

In 1988, a recording was made, later leaked to news anchor Bill Kurtis in 1996, giving a glimpse of the life of Speck after his sentencing so many years before. It revealed that at some point during his time in prison, Speck began taking hormones to cause him to grow breasts and also took on the role of a “queen bee” to both keep himself protected in one of the most dangerous prisons in the country and to keep himself well supplied with drugs and alcohol. He also stated in the recording when asked if he killed the nurses that he did and when asked how he felt about it now, “Like I always felt … [I] had no feeling. If you’re asking me if I felt sorry, no.”

Richard Speck died of a heart attack just one day before his 50th birthday in 1991.  His brain was later examined by Dr. Jan E. Leestma who noted “gross abnormalities” particularly in the hippocampus and amygdala, the latter of which, among other things, plays a role in decision making and emotional reactions; when stimulated in animal studies, it also results in an increase in both aggressive and sexual behavior. Neurologist Dr. John R. Hughes later stated of the specific abnormalities in Speck’s brain, “I have never heard of that in the history of neurology. So any abnormality that exceptional has got to have an exceptional consequence.”