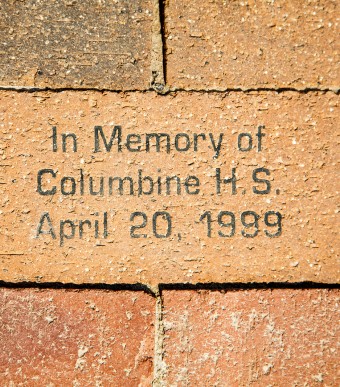 On April 20, 1999, two teenagers clad in trenchcoats began a shooting rampage outside Columbine High School in Littleton, Colorado. The pair continued the carnage inside the building, killing 12 students,1 teacher and wounding at least 20 others. The two young gunmen then committed suicide.

In the aftermath of the shootings, everyone searched for answers, for some explanation how two teenage boys could so callously gun down so many of their classmates with semi-automatic weapons. Eric Harris,18, and Dylan Klebold, 17, weren’t part of any popular cliques and may have been the target of some bullying by some other students, but for the most part they seemed like normal kids. But appearances, as they say, can be deceiving.

Klebold had been contemplating suicide since 1997, and both boys had been planning a large-scale massacre as early as spring 1998 – a year before the tragedy at Columbine. They wanted to kill as many people in one fell swoop as possible, so they observed the flow of students in different areas of the campus over an extended period of time.

The two boys determined there were approximately 500 kids in the cafeteria after 11:15 a.m. when the first lunch period began. That seemed as good a time and place as any to hide propane bombs set to go off at 11:17 a.m. Klebold and Harris then would be poised to shoot any survivors as they came running out of the cafeteria in a panic. Fortunately, the two propane tank bombs the pair set up in the cafeteria did not detonate as planned. If they had, the number of fatalities would have been much higher.

It was initially thought that Klebold and Harris deliberately targeted athletes, Christians, and minorities for death. There was an early report that one student, Cassie Bernall, was killed by one of the gunmen when he asked if she was a Christian and she said yes. Her parents later wrote a book “She Said Yes”, in memory of their slain daughter.

It was revealed later that the question was actually put to another student who had already been shot, and when he answered “yes’, the gunman walked away. Later investigations and interviews determined that Klebold and Harris chose their victims in a completely random fashion.

The amok was over by noon. Despite this, no law enforcement agencies moved into the school until several hours later, citing the chance of continued risk. In the aftermath, there was widespread outrage over the delay in police response to the crisis, as it is thought that perhaps some of the students who bled to death may have lived had they moved in sooner.

Columbine was the impetus for a national debate on gun violence in schools. The era of metal detectors, zero-tolerance policies, private security forces on campuses and high schools whose hallways occasionally look more like minimum security prisons than places of education had begun.