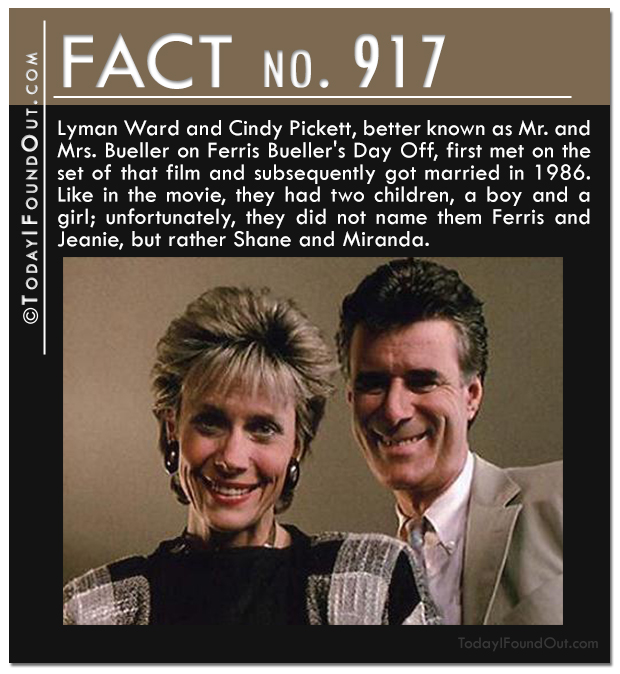 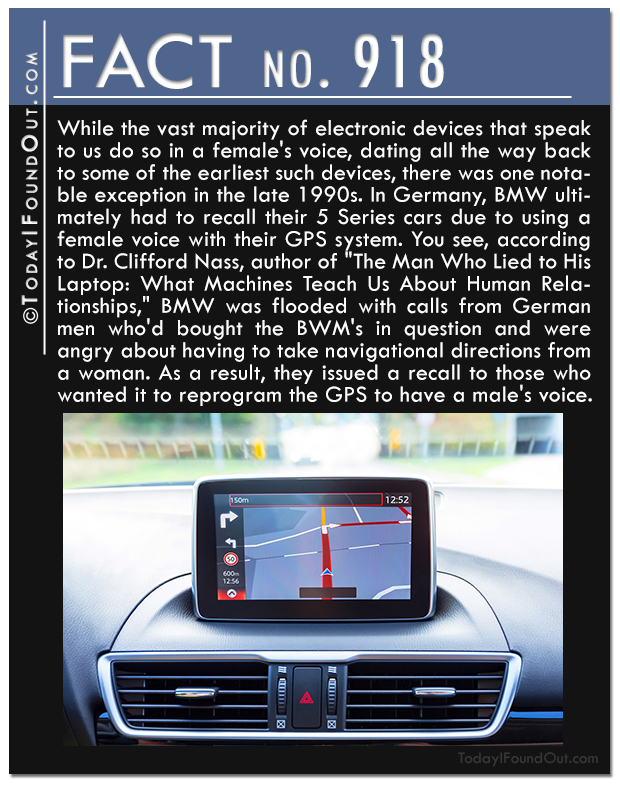 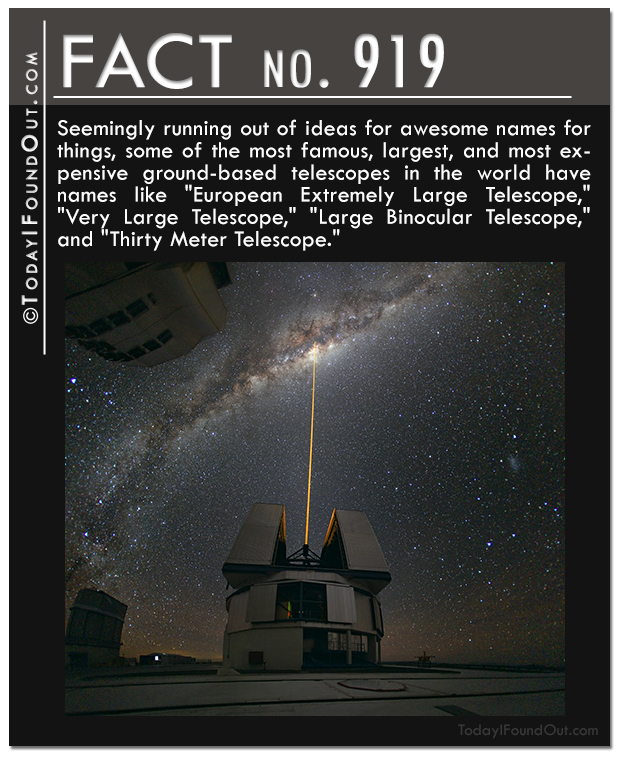 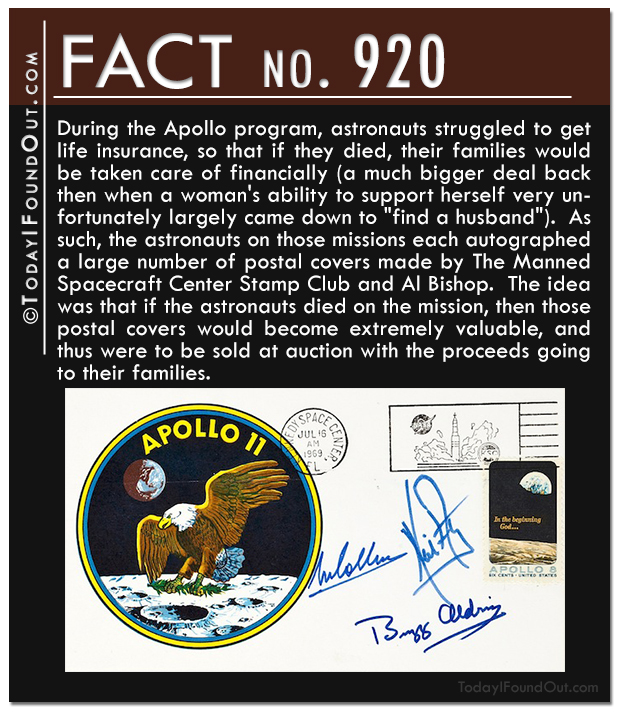 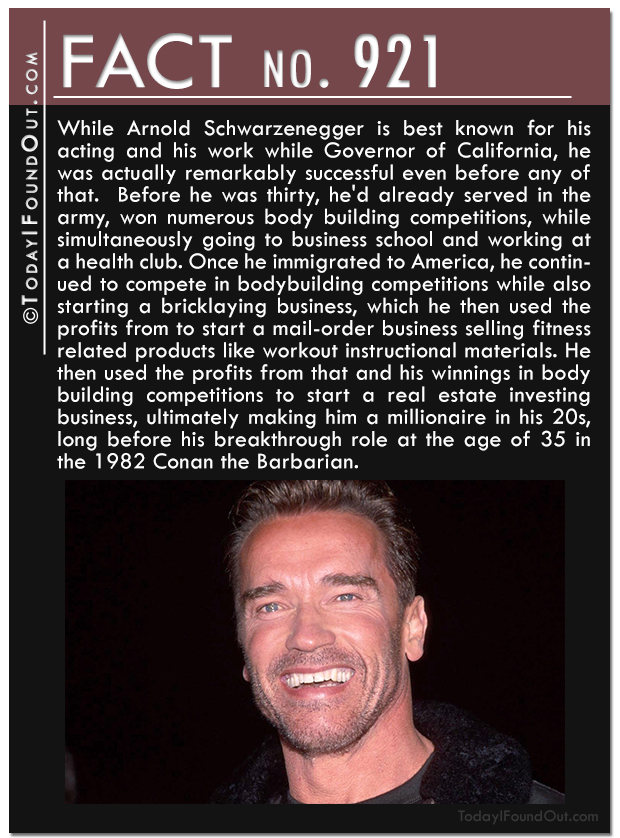 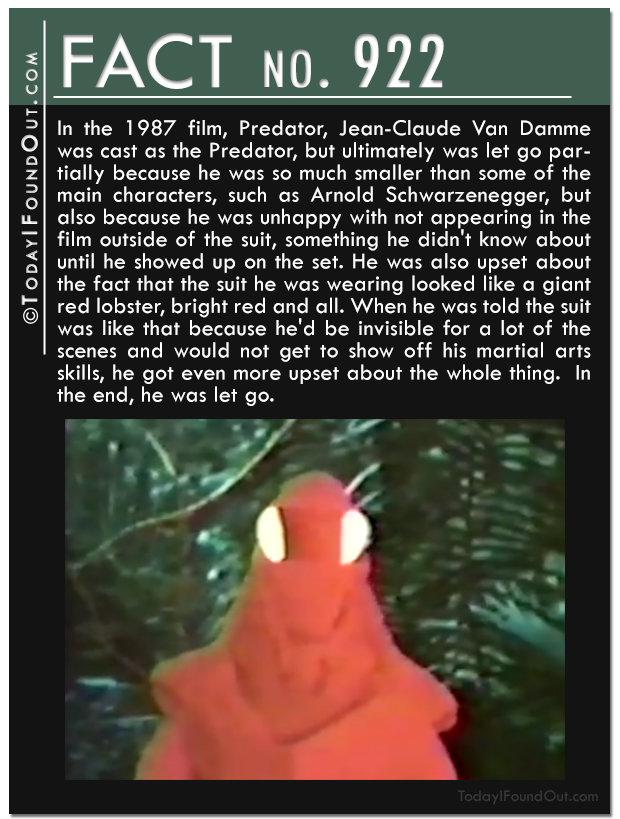 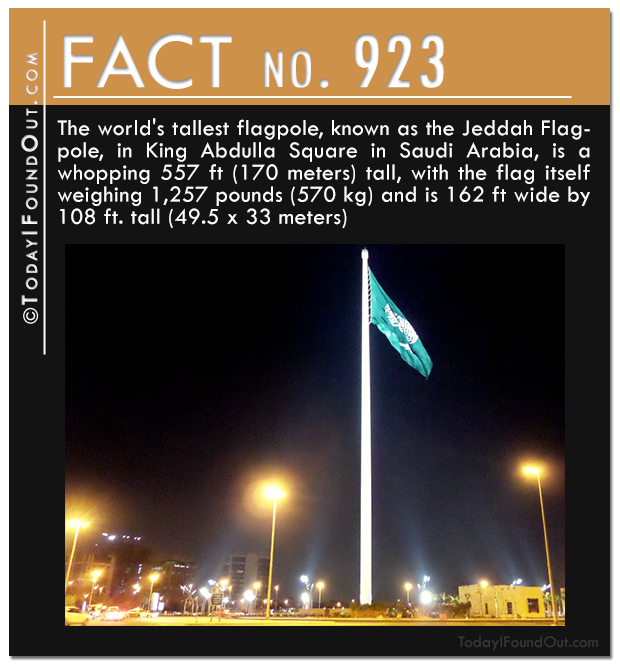 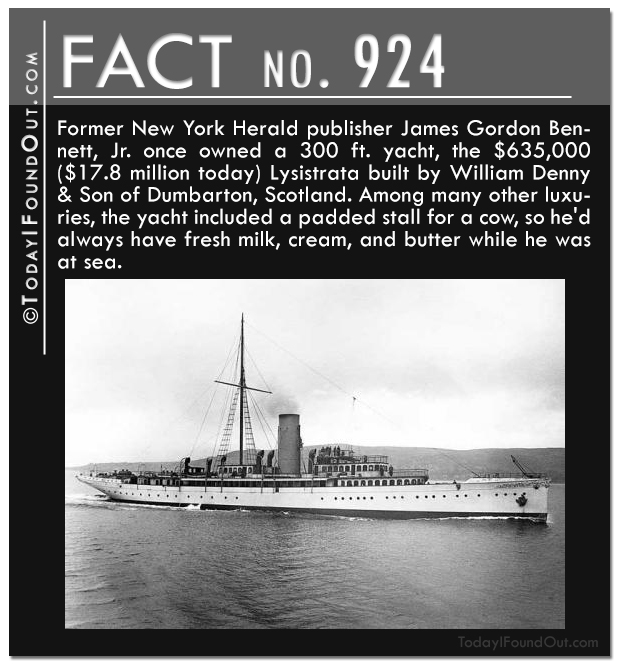 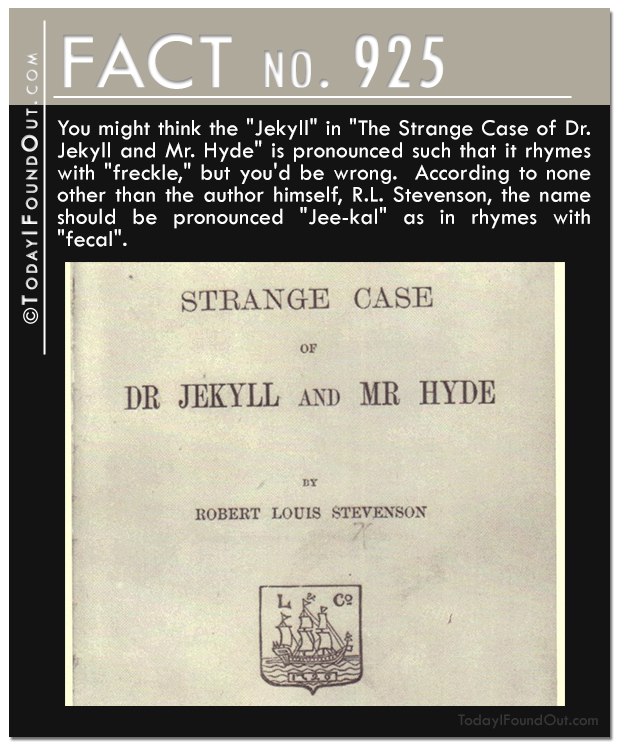 Quick Fact #917: Lyman Ward and Cindy Pickett, better known as Mr. and Mrs. Bueller on Ferris Bueller’s Day Off, first met on the set of that film and subsequently got married in 1986. Like in the movie, they had two children, a boy and a girl; unfortunately, they did not name them Ferris and Jeanie, but rather Shane and Miranda.

Quick Fact #918: While the vast majority of electronic devices that speak to us do so in a female’s voice, dating all the way back to some of the earliest such devices, there was one notable exception in the late 1990s. In Germany, BMW ultimately had to recall their 5 Series cars due to using a female voice with their GPS system. You see, according to Dr. Clifford Nass, author of “The Man Who Lied to His Laptop: What Machines Teach Us About Human Relationships,” BMW was flooded with calls from German men who’d bought the BWM’s in question and were angry about having to take navigational directions from a woman. As a result, they issued a recall to those who wanted it to reprogram the GPS to have a male’s voice.

Quick Fact #919: Seemingly running out of ideas for awesome names for things, some of the most famous, largest, and most expensive ground-based telescopes in the world have names like “European Extremely Large Telescope,”  “Very Large Telescope,” “Large Binocular Telescope,” and “Thirty Meter Telescope.”

Quick Fact #920: During the Apollo program, astronauts struggled to get life insurance, so that if they died, their families would be taken care of financially (a much bigger deal back then when a woman’s ability to support herself very unfortunately largely came down to “find a husband”).  As such, the astronauts on those missions each autographed a large number of postal covers made by The Manned Spacecraft Center Stamp Club and Al Bishop.  The idea was that if the astronauts died on the mission, then those postal covers would become extremely valuable, and thus were to be sold at auction with the proceeds going to their families.

Quick Fact #921: While Arnold Schwarzenegger is best known for his acting and his work while Governor of California, he was actually remarkably successful even before any of that.  Before he was thirty, he’d already served in the army, won numerous body building competitions, while simultaneously going to business school and working at a health club. Once he immigrated to America, he continued to compete in bodybuilding competitions while also starting a bricklaying business, which he then used the profits from to start a mail-order business selling fitness related products like workout instructional materials. He then used the profits from that and his winnings in body building competitions to start a real estate investing business, ultimately making him a millionaire in his 20s, long before his breakthrough role at the age of 35 in the 1982 Conan the Barbarian.

Quick Fact #922: In the 1987 film, Predator, Jean-Claude Van Damme was cast as the Predator, but ultimately was let go partially because he was so much smaller than some of the main characters, such as Arnold Schwarzenegger, but also because he was unhappy with not appearing in the film outside of the suit, something he didn’t know about until he showed up on the set. He was also upset about the fact that the suit he was wearing looked like a giant red lobster, bright red and all. When he was told the suit was like that because he’d be invisible for a lot of the scenes and would not get to show off his martial arts skills, he got even more upset about the whole thing.  In the end, he was let go.

Quick Fact #924: Former New York Herald publisher James Gordon Bennett, Jr. once owned a 300 ft. yacht, the $635,000 ($17.8 million today) Lysistrata built by William Denny & Son of Dumbarton, Scotland. Among many other luxuries, the yacht included a padded stall for a cow, so he’d always have fresh milk, cream, and butter while he was at sea.

Quick Fact #925: You might think the “Jekyll” in “The Strange Case of Dr. Jekyll and Mr. Hyde” is pronounced such that it rhymes with “freckle,” but you’d be wrong.  According to none other than the author himself, R.L. Stevenson, the name should be pronounced “Jee-kal” as in rhymes with “fecal”.