March 20, 2015 Melissa
Jeremy R. asks: Why do we still teach kids to write in cursive when it’s almost literally never used anymore except in signatures, which are also becoming a thing of the past thanks to e-signing and advancements in payment options? I mean, even teaching kids any handwriting skills is bound to go the way of the Dodo at some point in the next century as we go further into the digital age. Can we at least start with ceasing wasting their time with cursive and use that valuable educational time to teach them something more useful?  Every hour kids spend in school costs taxpayers massive sums of money.  The long term benefit to society is worth the money and more most of the time, but in this case, they’d be better off just cutting it out and shortening the school day for kids who are supposed to be learning cursive. 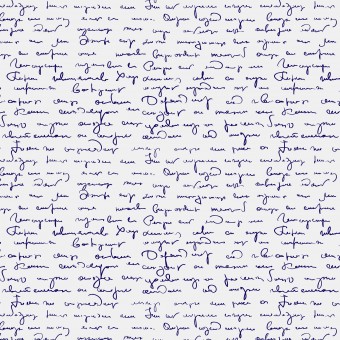 As more schools begin implementing digital classrooms, writing, and in particular cursive writing, has become increasingly unimportant – even excluded from core curricula. While many mourn the death of penmanship, others see it as a reasonable adaptation to the demands of a 21st century education.

Today, cursive is not required in many states, and the much-maligned Common Core Standards ignore the subject completely (although keyboarding is a requirement). Often seen as inessential, not just cursive, but penmanship in general is frequently left by the wayside.

Many educators accept the coming obsolescence of cursive and acknowledge that the “traditional skill . . . has been replaced with technology.” With only so many hours in the day, elementary school teachers have been forced to eliminate those subjects that aren’t urgently-needed in order to cover all the now-required basics. As one 4th grade teacher noted: “It’s a time issue. It just takes so much time to teach it.”

Some believe this is a mistake, and that learning to write in cursive helps with the development of fine motor skills, memory and other brain functions as well as hand-eye coordination. In addition, many educators claim that the “fluidity of cursive,” improves comprehension and spelling, though one might argue that the latter is also something increasingly less important (to some extent) in the age of spell check.

Furthermore, it’s becoming increasingly evident that those who are never taught to write in cursive are often unable to read it, even when (seemingly rarely) written neatly; this has alarmed some who worry that tomorrow’s average citizen, unless cursive is reintroduced into the classroom, will be unable to read copies of important historical documents. Of course, few today can read Ancient Greek, Latin, or, more recently, Old English, without any real negative impact on society…

Special education professionals note that cursive writing is a useful therapy for dyslexia, as the left to right fluidity helps with correctly forming words. Other educators claim that the neater a child’s handwriting, the greater the likelihood that she will also developed better math and reading skills, though this is up for debate.

In a recent poll by Harris Interactive (funded by Mega Brands America, a pencil maker, and conducted online, so take the results with a horse-sized grain of salt), 79% of adults and 68% of school-age children thought that cursive should still be taught in schools, particularly since most perceive those who are unable to read and write in cursive as less intelligent, at least, according to the poll.

While the results of that poll may be suspect, a slightly better indicator that at least the latter may be true is that a recent College Board report noted that SAT essays that were written in cursive received higher scores when compared with those that were printed. Whether this is because the graders also viewed those who could write neatly in cursive as more intelligent, skewing their scoring, or whether it is simply because students who have taken the time to become experts at cursive writing may have also taken the time to become better educated elsewhere (or are naturally more intelligent) isn’t clear without further study.

Those who still teach cursive have found ways to make learning such penmanship over already learned print writing fun, and point out that many children enjoy the process of learning to write in cursive. One 3rd grader noted, “I like doing it. It’s cool and fancy. It’s faster because you write all the letters together.” These teachers also note that some kids are motivated by their perceived future fame: “If you’re going to be a famous soccer player, you need a signature for autographs.”

Apparently in agreement with this sentiment, a handful of states, including California, Georgia, Idaho, Massachusetts, North Carolina and Tennessee, have all recently passed laws requiring that cursive be taught in public schools.

Others disagree and claim that the inability to read and write in cursive would have no negative effect on a person in the modern era. Further, leaving it out of a student’s education could be beneficial if that time was used to learn things more relevant to the 21st century. As one professor of education noted concerning the topic of cursive, “I can’t remember the last time I read the Constitution.”

In accord, apparently, is Indiana House Education Committee Chairman Bob Behning who has refused for three years in a row to allow an overwhelming popular cursive-writing bill to be brought to the full Indiana House. In fact, in January 2014, after it was passed by a vote of 39-9 in the Indiana Senate, Representative Behning declined the legislation, claiming it was “micromanaging.”

So, what do you think?  Should cursive still be taught in schools or not? You can share your thoughts in the comments below.