This Day in History: February 13th- The Chairman of the Board 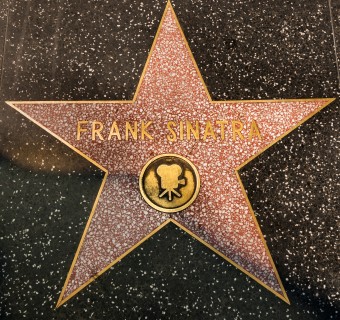 On February 13, 1961, legendary singer Frank Sinatra unveiled his recording label, Reprise. Unhappy with the limitations he felt Capital Records had placed on his creativity, “Ol’ Blue Eyes” had the means and the clout in the business to strike out on his own, and the result was some of the best music of his career.

Born in Hoboken, New Jersey in 1915, Francis Albert “Frank” Sinatra knew he wanted to be a singer after watching Bing Crosby perform. He got his start with big bands in the 1940s, first with Harry James, and then with a very successful two-year stint singing with Tommy Dorsey. When Sinatra went solo, he created a sensation, and before long swooning “bobby-soxers” were swaying and sighing to his every note. He also embarked upon a very successful acting career, winning an Oscar for his role in “From Here to Eternity.” (Much later in his career, he was even at one point offered the lead role in Die Hard, which he turned down, with the role ultimately going to Bruce Willis.)

By the 1950s, Sinatra had gone through a bit of a slump and when he re-emerged, he did so as a hip swinger with a jazzier style of singing, a bit more sophisticated than the silken voiced teen idol of days past. The tipped-hat and loosened tie, finger-snappin’ yet world weary Sinatra was born.

One of the first songs Frank Sinatra recorded for his new label Reprise was called “I Remember Tommy”, a tribute to the great Tommy Dorsey. A very Dorsey-esque version of “Getting Sentimental Over You” was also a nod to Frank’s old boss.

During the 1960s, rock and roll was supplanting pop, and all other kinds of music. Sinatra never bowed to popular trends, but still managed to engage his audience. It’s true, he never had a top ten single from 1958 through 1966, BUT he did manage to scrounge up 27 top ten albums in that same period.

Although Sinatra was not what you’d call a rock fan, Reprise would release records by the Kinks, Jimi Hendrix and the Beach Boys. Warner Brothers, who had gone in on the label with Sinatra, ended up buying it out completely, and Frank continued to wow ‘em on other labels.