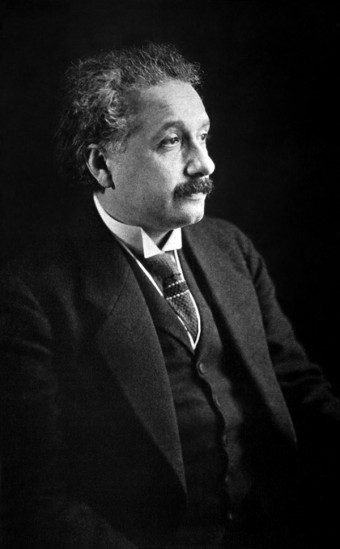 On April 17, 1955, the greatest scientist of his generation checked himself into Princeton Hospital due to chest pains. By early the next morning, Albert Einstein had died from an abdominal aortic aneurysm – the rupture of the aorta, the heart vessel that’s the body’s main supplier of blood. While word was still getting out that the great Dr. Einstein had passed away at the age of 76, something rather disturbing was happening at the hospital, if not downright nefarious. Einstein’s brain, the keeper of one of the world’s greatest intellects, had been stolen. And that is just the beginning of the story.

Dr. Thomas Stolz Harvey was the pathologist on call during the early morning hours of the 18th and was the doctor assigned to attend to Dr. Einstein. Seven hours after the great scientist’s death at 1 am, Harvey began the autopsy he claimed he was given permission to do. After determining the cause of death, Harvey went about removing, measuring, and weighing Einstein’s brain. Harvey later would say that he “knew we had permission to do an autopsy, and I assumed that we were going to study the brain.” To this day, no paperwork nor permission prior to the autopsy has ever been found.

After all the calculations had been done, Dr. Harvey interjected and immersed the brain in formaldehyde. After he was done with that, he took Einstein’s eyeballs out, which were later given to Einstein’s eye doctor Henry Adams (rumors still exist that the eyeballs are in a safe deposit box somewhere in New York City). Finally, he gave the rest of the body back to be cremated.

The removal of the brain and eyeballs were against Einstein’s final wishes. According to to Brian Burrell’s book Postcards from the Brain Museum, Einstein had left very specific instructions. He wanted to be cremated with the brain still inside of his head and his ashes scattered in secret, in order to “discourage idolaters.”

So not only was this against Einstein’s personal wishes, Harvey had no legal nor medical right for keeping the brain. He wasn’t even a neurosurgeon nor a brain specialist. His responsibility simply was to determine the cause of death – which was heart failure and had very little to do with brain (at least, directly). Burrell speculates that there were two possible reasons for Harvey to remove and keep for himself one of history’s most famous brains – one is that it was at the request of Harry Zimmerman, Einstein’s personal physician and a mentor of Harvey. Zimmerman never publicly said this to be true, though did he make the request for the brain after the deed was done. The other theory that Burrell gives is that Harvey, perhaps inspired by the study done on Lenin’s brain in 1926, simply got “caught up in the moment and was transfixed in the presence of greatness.”

Whatever the case, on April 19th, after the removal and storing of the brain, Harvey went about asking for permission retroactively from Einstein’s son, Hans Albert Einstein. Hans Albert granted the permission, making Harvey promise that his father’s mind would be used for careful scientific study and the findings published in legitimate medical journals. When the New York Times printed Einstein’s obituary on April 20th, it said that Dr. Harvey performed the autopsy “with the permission of the scientist’s son,” with another headline that same day proclaiming “Son Asked Study of Einstein Brain.” It makes no mention that this permission came after the fact.

When word got out that Harvey had the brain, requests came flooding in from across the world from others who wanted to see and study it. As mentioned, one request came from Dr. Harry Zimmerman in New York, whom Harvey promised would get the first chance to study it.

Zimmerman and his hospital in New York prepared for Harvey and the brain, but it never showed. A short time later, it was announced by Princeton Hospital that the brain would stay in New Jersey. “Snarl Develops Over Which Hospital Will Conduct Einstein Brain Study,” was a headline in the Washington Post, while another newspaper went with “Hospitals Tiff over Brain of Einstein.” The controversy over ownership of Einstein’s brain had become a circus and it was about to get even more bizarre.

Harvey went to the University of Pennsylvania, and with help of a technician, cut up the brain into a thousand slides and 240 blocks, putting them into squares of celluloid – a semi-solid plastic-like substance. He finally gave some of the pieces to Dr. Zimmerman and kept the remainder of Albert Einstein’s brain in two formalin-filled glass jars for himself. Other researchers made overtures about wanting the rest of the brain, but Harvey refused to let go – insisting that he was “a year from finishing study on the specimen.”

Harvey’s marriage fell apart and he quickly packed his bags to get out of Princeton, bound for the midwest. Before he could leave, his (ex) wife threatened to “dispose” of the brain. Of course, Harvey didn’t let this happen and took it with him as he made his way to Wichita, Kansas, where he worked as a medical supervisor in a biological testing lab. Legendarily, during his time in Wichita, he kept Einstein’s brain in a cider box underneath a beer cooler.

For the next thirty years, Harvey moved around the Midwest, towing the brain along, never publishing any studies. Every once in awhile, a researcher would contact him and he would send them a slide or two, hoping they could do the research he never did. A few times, the story of Einstein’s brain drew the public’s attention again, especially after a 1978 article in the regional magazine New Jersey Monthly by Steven Levy. Said Levy about his first experience with Harvey and the brain,

At first he didn’t want to tell me anything, but after a while he finally admitted that he had the brain. After a longer while, he sheepishly told me it was IN THE VERY OFFICE WE WERE SITTING IN. He walked to a box labeled “Costa Cider” and pulled out two big Mason jars. In those were the remains of the brain that changed the world.

Another documented interaction comes from Kenji Sugimoto, a Japanese professor and Einstein expert, who visited Harvey in Kansas:

Humbly, the professor asks if he maybe could bring a piece back with him to Japan. ‘Sure, why not,’ Harvey replies and walks out to the kitchen to fetch his bread board and a knife. Harvey finds an old pill cup to store the slice in and pours a little formaldehyde in.

In 1985, three decades after Einstein’s death, someone finally published a study on Einstein’s brain after receiving slides from Harvey – Marian Diamond of UCLA. Published in Experimental Neurology, her study was (admittedly) far from conclusive, but it did speculate that Einstein’s brain had more glial cells for every neuron than a normal brain. This could mean that the cells had a greater “metabolic need” – meaning more energy was used and needed, which it was speculated could also mean an increase in conceptual and thinking skills. While recent research may have debunked this theory, there were finally studies about Einstein’s stolen brain published in legitimate medical journals. Yet, this still wasn’t the end to the brain’s journey.

In 1988, Thomas Harvey had his medical license revoked when he failed a three day competency exam in Missouri. A few years later, he returned to Princeton, only to be convinced by writer Michael Paterniti to go meet Einstein’s granddaughter in California. Of course, he had to bring the brain. In Paterniti’s book Driving Mr. Albert, it describes, with the jars of brain in a duffle-bag in the trunk of Harvey’s Buick Skylark, their drive to sunny California. They did, indeed, meet Evelyn Einstein in Berkeley, where Harvey forgot the brain at her house when he left. She returned it to him, not wanting anything to do with it.

Thomas Harvey passed away in 2007, but before he did, he donated the brain to the Princeton Hospital, the same place that the brain began its extra-curricular journey over fifty years prior. Public interest once again increased and researchers, who had received slides of Einstein’s brain over the years, sent them back to Princeton and the University of Pennsylvania (where they were originally cut).

Today, the Mutter Museum in Philadelphia is only place in the world one can currently see pieces of Einstein’s brain (slides were also once on display in 2013 in the National Museum of Health and Medicine in Maryland) – on slides, stained, and with handwritten notes from Thomas Harvey.