Is It Possible to Breastfeed with Implants?

January 12, 2015 Melissa
Brandy R. asks: Is it possible to breastfeed after getting a boob-job? 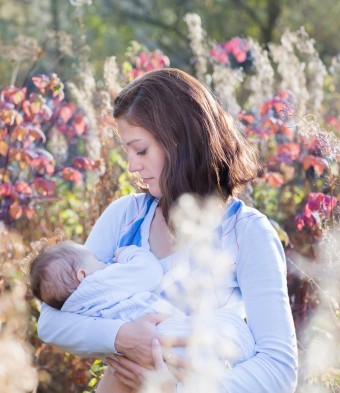 Given the well-documented benefits of breastfeeding to the long- and short- term health of children, the American Academy of Pediatrics (AAP) recommends exclusively breastfeeding infants for at least the first six months, and continuing to nurse, along with giving supplemental foods, throughout the first year of life. In fact, if one so chooses, babies can get everything they need nutritionally from the mother’s milk up until about a year old, at which point their diet must be supplemented with solid foods. However, many women who have had breast implants fear that they may not be able to breastfeed their children, assuming that their implants will impair their ability to nurse, or at least do so effectively; luckily, this is mostly a myth, and, in fact, most women with implants who wish to do so are able to successfully breastfeed their babies.

The primary determinant in whether or not a woman with implants will be able to successfully nurse is not whether the device consists of silicone or saline, but where and how it was placed. Specifically, according to pediatrician and author of Great Expectations: The Essential Guide to Breastfeeding, Dr. Marianne Neifert, nipple incisions should be avoided, as “all the milk ducts that drain the different lobes . . . convene there;” rather, they recommend making an inframammary incision (under the breast crease) or implanting the device under the chest wall muscle to maximize the probability that one would be able to later successfully breastfeed.

Pressure can also potentially be an issue.  Essentially, the less pressure an implant puts on the mammary gland, the better.  As Dr. Miriam Labbok of the Carolina Global Breastfeeding Institute notes, “The mammary gland, like any other gland, performs normally when it has blood… and space to grow. But when you put pressure on any gland in the body, you risk it malfunctioning and compromising lactation.”

Many women are also concerned that somehow an implant may leak or otherwise contaminate the baby’s milk, but in truth the risks of leakage with modern implants (in the past decade or two) is negligible. Moreover, contrary to popular belief, women with implants who breastfeed are no more likely to experience post-pregnancy sagging than those without. In fact, for both it isn’t the breastfeeding that causes the droop, it’s the swelling of the breasts caused by the hormones that enlarged them during pregnancy, and the subsequent reduction in breast size when they are absent.

So, in the end, while there is some chance that getting breast implants will result in an inability to breastfeed a baby, for the vast majority who choose to have this surgery (nearly a third of a million women in the U.S. per year), they’ll have no (extra) trouble with breastfeeding when the time comes.