Why Elections Are Held on Tuesday in the United States

January 6, 2015 Sarah Stone
Brenda V. asks: Why are elections held on Tuesday? Why not Saturday when most people aren’t working? 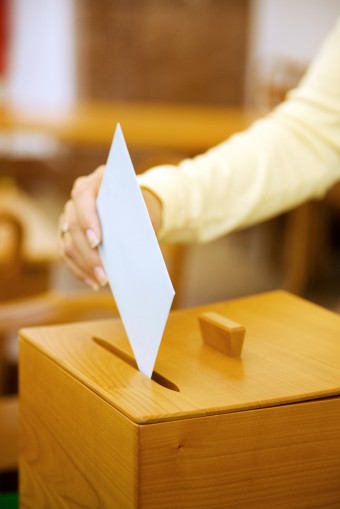 Americans traditionally head to the ballot box on the Tuesday after the first Monday of November to vote in national elections. Tuesday elections only became the official country-wide rule in 1845, something that hasn’t changed much since. So why Tuesday?

The Founding Fathers gathered in Philadelphia for the Constitutional Convention in 1787. They were tasked with creating a brand new American government after the failure of the Articles of Confederation to successfully govern the brand new United States of America, coming up with a compromise that would eventually become the current United States Constitution two years later in 1789.

Congress made the decision in 1792 to mandate that presidential elections should be held in November, at least 34 days ahead of the Electoral College meeting on the first Wednesday in December. Requiring the states to hold elections during that 34 day window also tied into the time of the year when Congress met. Because the farmers that primarily made up Congress during that time could only be away from their farms during the winter, Congress only met between December and March. Holding elections ahead of December meant that the votes could be counted before the Congressional session began again.

However, the problems with allowing states to hold their elections anytime during that 34 day window quickly became apparent. The results of elections held in states in the first part of the election window could sway the voters in states that held elections later on in the window. Such a change in opinion could easily decide the results of the election. The other problem of voter fraud, where supporters from certain political parties traveled from state to state to vote in close elections, forced Congress to make a change.

In 1845, lawmakers worked together in order to determine the best day to mandate national elections be held in all states. The occupation of most Americans heavily influenced their decision. In the 19th century, the majority of the U.S. population lived and worked on farms well away from the location in their county where polls would be set up on Election Day. Lawmakers reasoned that most voters needed one day to travel from their homes to the polls and then another day to vote. Monday would not work because many voters spent Sunday in church services. (In some congregations, Saturday is used instead of, or sometimes in addition to, Sunday for church activities.)  Also, farmers often went to the market on Wednesdays at this time, further limiting the potential day to be selected a bit. In the end, Tuesday was selected as the appropriate day for elections over the other strong candidate, Friday.

They then decided elections should be held in November because it came at the end of farming season, but before snow typically closed the roads. They also chose the Tuesday after the first Monday of the month to avoid  Election Day falling on the Christian holiday of All Saints Day.

So why don’t we switch to Saturday now? After all, the United States and its citizens have changed a whole lot since 1845, and on the surface Saturday would seem to make more sense. Supporters argue that such a change would make it easier for people to vote, as many work or attend school on Tuesdays. When the Government Accountability Office studied the possibility of moving elections to Saturday, they found that there was little data to look at, as widespread weekend elections are extremely rare; so we can’t say either way if more people would show up to vote in this scenario. However, it was noted that availability of a vote-by-mail option, something one can easily do without interrupting work, has not been found to significantly increase voter turnout- the final numbers only changed by an extra 4% when this option is given. Election officials also claim that finding volunteers to staff the polling locations and available locations to use as polling places would potentially be more difficult on weekends.