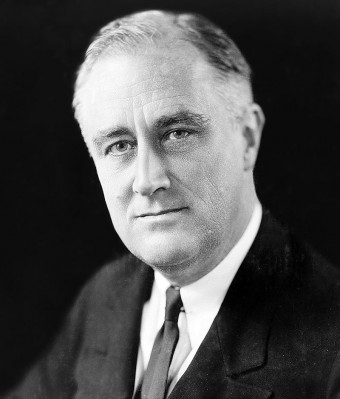 Equality of opportunity for youth and for others. Jobs for those who can work. Security for those who need it. The ending of special privilege for the few. The preservation of civil liberties for all. – Four Freedoms Speech

One of the most famous and influential political speeches on the subject of freedom was delivered by President Franklin Delano Roosevelt on January 6, 1941. In his annual State of the Union Address, he explained in bold, yet simple, terms the conditions necessary for freedom to flourish.

When Roosevelt was elected to an unprecedented third term as president in 1940, a good chunk of Europe had fallen to the invading Nazis, and Great Britain was struggling to hold them off. Many Americans still thought this conflict was strictly a European affair, but FDR saw the bigger picture. Roosevelt believed that by coming to the aid of Great Britain, the U.S. would be fighting for universal freedoms all people had the right to possess and enjoy.

The principles laid out in Roosevelt’s Four Freedoms were also the basis of the Atlantic Charter declared by FDR and Winston Churchill in the summer of 1941, and were included in the United Nations Declaration of New Year’s Day, 1942. In addition, the Four Freedoms were President Roosevelt’s inspiration for an international organization that one day became the United Nations.

The Four Freedoms section of his speech wasn’t added until the last draft. In the White House study while writing it, Roosevelt announced he had an idea for the ending. According to FDR’s assistant, Samuel I. Rosenman, “We waited as he leaned far back in his swivel chair with his gaze on the ceiling. It was a long pause—so long that it began to become uncomfortable. Then he leaned forward again in his chair and dictated the Four Freedoms. He dictated the words so slowly that on the yellow pad I had in my lap I was able to take them down myself in longhand as he spoke.”