This Day in History: January 14th- Dr. Bennett and His Wife 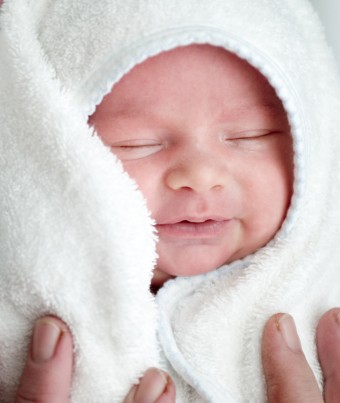 On January 14, 1794, Dr. Jesse Bennett’s wife, Elizabeth, was suffering through a very difficult labor with their first child. Dr. Humphrey, her attending physician, determined the only options left after a forceps delivery failed were a cesarean section on Elizabeth or a craniotomy on the infant (removing part of the skull temporarily). Believing that either meant certain death for one or the other of his patients, if not both, Dr. Humphrey refused to act or even assist, on moral grounds. Of course, doing nothing might mean the death of one or both as well.

Convinced she was doomed anyway, Elizabeth begged her husband to perform a cesarean section on her so at least their child might have a chance to live. Of course, in this era a caesarian section was indeed a death sentence for the woman it was performed on. Nonetheless, Dr. Bennett gave Elizabeth a whopping dose of laudanum while a crude operating table made from a board and two barrels was fashioned to perform the procedure. Her sister held a candle so Jesse would have some light.

He then made one long, sweeping incision in his wife’s abdomen. After making the incision, Dr. Bennett removed their healthy baby girl, Maria, from his wife’s uterus and then stitched Elizabeth up with heavy linen thread. Before he closed the wound, he also removed Elizabeth’s ovaries, to prevent this ever happening again if his wife actually survived.

Miraculously, Elizabeth made a complete recovery within six weeks of Maria’s birth, making her the first known woman in America to survive a C-section. She lived for 36 more years, passing away on April 20, 1830. Their daughter, Maria, had six children of her own and lived until 1870.

Dr. Bennett never made public the details of his daughter’s birth during his lifetime. The story goes he believed other doctors would be highly skeptical that a woman could survive such an operation at all, let alone in the backwoods of Virginia, and he was “damned if he’d give them a chance to call him a liar.”

A boyhood neighbor of the Bennett family, Dr. A. L. Knight, recalled hearing the story of Maria Bennett’s birth when he was a kid. In 1842, Dr. Knight looked up Elizabeth Bennett’s sister Nancy, (she who held the candle), and one of the servants who helped hold Elizabeth still on the makeshift operating table. They both corroborated the tale Knight had been told, which was then included in “The Life and Times of Dr. Jesse Bennett, M.D.”, published in The Southern Historical Magazine.

In 1938, a Dr. Joseph Miller, who was married to Dr. Jesse Bennett’s great-granddaughter Mattie Jane Shaw, wrote an account of that long-ago operation. He included a copy of the title page from one of Dr. Bennett’s medical books that bears an interesting notation: “Jan. 14, 1794, J.B. on E.B. Up Feb. 15, cured March 1st.”