This Day in History: January 15th- The Black Dahlia 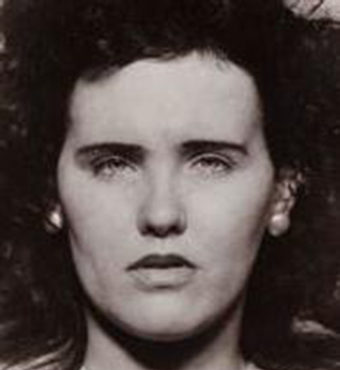 The murder of Elizabeth Short, nicknamed “The Black Dahlia”, was one of the most brutal crimes in Los Angeles history. Her body was found on January 15, 1947, when a mother out walking her baby saw what she thought was a mannequin tossed in the weeds a few feet from the sidewalk.

It wasn’t. Instead, it was the mutilated remains of a 22-year old female. Her body had been cut in half at the torso, and her face and breasts were horribly mutilated. There were slashes at each corner of her mouth, giving her a ghoulish clown-smile in death. The killer had also almost completely drained Short’s body of blood before moving it to the location where it was discovered.

“It was pretty gruesome,” said Brian Carr, an LAPD detective who worked the case for many years. “I just can’t imagine someone doing that to another human being.”

Elizabeth Short had come from Boston, MA hoping to make it big in Hollywood as an actress. She was certainly attractive enough with her porcelain skin and raven black hair – but there were plenty of pretty girls trying to make it in the movies. Like so many others, Elizabeth waitressed while she waited for her big break.

Sadly, fame only found Elizabeth after her murder. The press was on the scene before her body was even removed, much to the annoyance of the police. Her death was covered extensively by the media and dominated the front page for months. She became known almost exclusively as “The Black Dahlia” immediately after her murder, and has remained so ever since.

Confessions and supposed eye-witness accounts poured into the LAPD, putting an enormous strain on the department’s resources, but none of them panned out. The combination of unreliable witnesses and lack of evidence in the Black Dahlia case greatly hindered the investigation, and the crime still remains unsolved to this day.

One of the chief suspects was Dr. George Hill Hodel. Author and former LAPD homicide detective Steve Hodel believes his father, Dr. Hodel, was the Black Dahlia killer. Among other things, Steve recently searched his father’s former basement accompanied by retired police Sgt. Paul Dostie and Buster, a Labrador retriever specially trained to detect traces of human decomposition. Buster did indeed find markers consistent with human decomposition in Dr. Hodel’s residence, even after all these years.

Steve Hodel also claimed his father had been seeing Short, partially based on two photographs of his father’s which Steve claims contain a woman that strongly resembled Short.

Whatever the case, Dr. Hodel was one of the main suspects in the crime. Further, a police wiretap at his home recorded Dr. Hodel saying to an unknown visitor on February 18, 1950: “Supposin’ I did kill the Black Dahlia. They couldn’t prove it now. They can’t talk to my secretary anymore because she’s dead…. They thought there was something fishy. Anyway, now they may have figured it out. Killed her. Maybe I did kill my secretary….”(Hodel’s secretary, Ruth Spaulding, died from an overdose. Hodel was present when Spaulding died and before calling emergency aid, Hodel burned several of his secretary’s papers for some reason.)

In both the case of his dead secretary and later Elizabeth Short, shortly before he was to be charged, Dr. Hodel fled the country to Asia. Once things blew over in his secretary’s death, he returned.  After Short’s death, he decided to stay in Asia for the next four decades until his death.

All that said, according to the aforementioned Detective Brian Carr of the LAPD, Steve Hodel’s “evidence” linking Dr. Hodel to the murder of Elizabeth Short is incredibly thin, so much so that if Carr was to take that evidence to a prosecutor, he’d be “laughed out of the office.” Of course, that didn’t stop Head Deputy D.A. Stephen Kay from stating, after looking over Steve Hodel’s work on the subject, that the case was now solved.