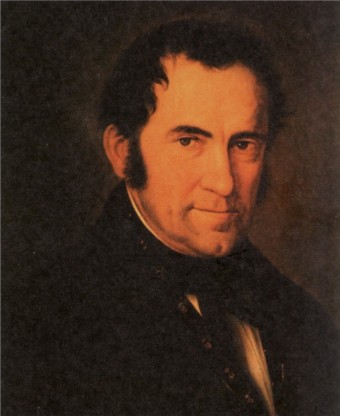 On a cold Christmas Eve, Pastor Joseph Franz Mohr walked to the home of his friend Franz Xaver Gruber carrying a poem he had written two years earlier. He was in dire need of a Christmas carol for midnight mass and was hoping Gruber, a teacher who also served as the church organist and choir master, could set his poem to music on very short notice.

Gruber was up for the challenge, and composed a melody that perfectly complemented Mohr’s verse expressing a yearning for heavenly peace, “Stille Nacht! Heilige Nacht! (Silent Night! Holy Night!).” The song was written for two voices, a choir and guitar accompaniment (most believe this was because the church organ was out of commission).

That very evening, on December 24, 1818, “Silent Night” was performed for the first time at St. Nicholas Church in Oberndorf, Austria. Mohr sang the tenor part and played the guitar while Gruber sang the bass vocals. Gruber recalled that the song was given “general approval by all” present at Mass – mostly boat builders and other laborers and their families.

“Silent Night” was crafted and first performed during very tumultuous times. The devastating Napoleonic wars had just ended, resulting in new borders and a new order for much of Europe. One of the changes wrought by the power shift was that the ecclesiastical Principality of Salzburg was no longer an independent country, and it was forced to secularize.

A portion of Salzburg was now Bavaria, while the other section became part of Austria. This took a huge toll on the local economy, and it was during those difficult days that Mohr wrote the words to “Silent Night” in 1816. The uncertainty and hardship of the times lends the verse its haunting, plaintive quality.

The song’s popularity grew quickly, thanks in part to the musical families of Rainer and Strasser who made it part of their repertoire and introduced the song to audiences in Leipzig in 1832, and then in New York in 1839.

“Silent Night” figured largely during the famous spontaneous, and quite amazing, Christmas Truce of World War I.

Around the turn of the 20th century, St. Nicholas Church was torn down, but was replaced with the Silent Night Memorial Chapel, which opened in 1937. Every Christmas Eve, thousands of people gather at the chapel to honor of Joseph Mohr and Franz Gruber. At the end of the service, participants are invited to sing “Silent Night” in their native language.