August 13, 2014 Melissa 3 comments
D. Peterson asks: Why do deer always seem to freeze in headlights instead of keep running? 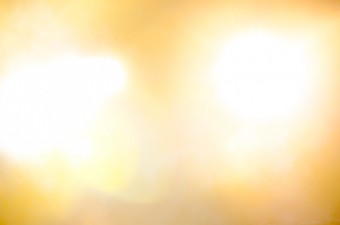 Less a function of fear than bewilderment, simply put, deer freeze in headlights because they can’t see.

The eyes of deer and people share a number of features, but they also have a few significant differences.

Unlike human pupils, which are round and when dilated do not span much of the eye, deer pupils are elliptical (like a cat’s) and can dilate to cover the entire width of the orb. This greater dilation allows a lot more light to reach the retina, improving vision particularly at dawn and dusk when deer are most active.

The lens of a deer’s eye is larger than a human’s, and this allows more light to penetrate to the retina.

In addition, because people are most active during the day, our lenses are slightly yellow to filter out damaging ultraviolet rays. By contrast, since deer are active at night and have little danger of eye damage from ultraviolet light, their lenses are clear, which enable deer to see a bit of the UV spectrum – ultimately giving it even better night vision.

Essentially a reflector at the back of the eye (behind the retina), the tapetum lucidum reflects light back again across the retina, drastically increasing its light exposure.

Although not found in humans, it is a common bit of eye anatomy in the animal world. This reflective layer is found in dogs, cats, raccoons, rodents, birds and even fish, and is the cause of eyeshine – or the reflective glowing often seen when a light hits an animal in the dark.

Both deer and humans have two types of photoreceptors on the retina – rods and cones.

As a result, deer see red and orange poorly, and also do not see detail and at a distance as clearly as humans.

However, deer have a much greater proportion of rod cells. Rods enable both humans and deer to distinguish between light and dark and to see in dim light (and at night). Since deer have many more rods, they are better able to see in low light, and thus have far superior night vision.

Within the rods is a pigment, called rhodopsin, that absorbs light, and in particular favors green-blue and red-purple light (from which its nickname, visual purple, derives). Because of rhodopsin’s ability to bring more light into the rods, and its affinity for those colors that are most present at night, it aids with night vision. And, because deer have more rods, and therefore more rhodopsin, their ability to absorb light at night, and see, is that much greater.

However, after rhodopsin absorbs light, the pigment breaks down into its component parts – scotopsin and retinal. During exposure to continuous light, like daylight, rhodopsin becomes completely decomposed, and the eye becomes less sensitive to light due to its absence. Although the pigment will regenerate, that can take some time, and the absence of light.

Non-continuous flashes will also break down rhodopsin, but not before the flash overloads the system.

When an eye that has been in the dark long enough to regenerate significant quantities of rhodopsin is suddenly exposed to bright light, a phenomenon of “bleaching,” or oversaturation, occurs, and on a massive scale. The result in humans is temporary, or flash, blindness.

With deer, remember that their pupils are larger and far more dilated at night than a human eye. Compound this with the greater amount of light that will reach the retina due to their larger lens, as well as their higher concentration of rods (and rhodopsin), and multiply that by two thanks to their tapetum, together this creates a perfect storm of oversaturation.

Add to this the fact that, up to the point of blinding light, the deer had been enjoying terrific night sight (thanks also to their UV vision), and the combined effect of sudden blindness must be bewildering and overwhelming – causing the deer to potentially freeze.